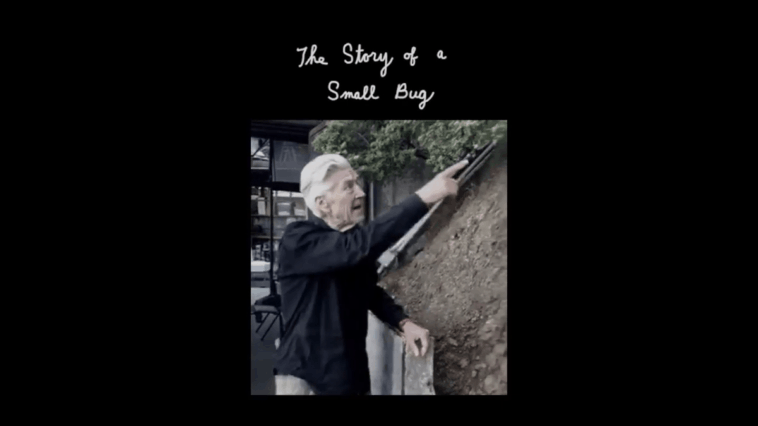 A small bug that recently emerged outside of David Lynch’s home in the Hollywood Hills became the unknowing star of his latest short film, The Story Of A Small Bug. Unlike some insects previously spotted or collected by the director, David Lynch didn’t name this particular caterpillar —shall we call him Dougie or Shai-Hulud?— but he did turn its struggles into a suspenseful two minutes.

“This bug was on the hill here,” David Lynch tells the audience in a candid prologue, “and it was, I think, in topsoil maybe nibbling on a small root when it poked through and came up and found itself coming out of the ground cover up there.” What happens next was caught on video and married to unsettling sounds as only David Lynch can.

“It came to this sheer rock cliff and it started falling down. It kept catching itself and crawling back up, and then it would fall down again, and start crawling back up. It was desperately trying to get back home.”

THE STORY OF A SMALL BUG by David Lynch 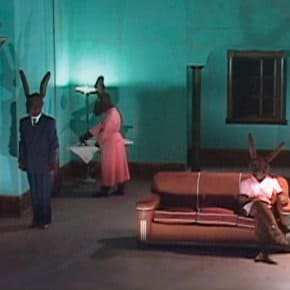 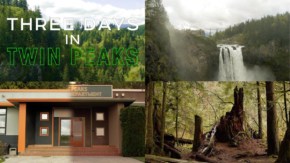