In a video shared exclusively by Argentina’s Niceto Club, David Lynch announces an upcoming event at the night club located in the Palermo area of Buenos Aires. Well, technically, it’s a white monkey making the announcement. Maybe it has to do something with a monkey called Jack?

This is a message from David Lynch.
He will speak through me… his interpreter.
I am the White Monkey.
Hello, Argentina.
Hello, Buenos Aires.
I see you November first at Niceto?
Hoping that you will be there.
Thank you.
And have a most wonderful day with happiness
like on a sunny Saturday morning with birds singing.

Those of you who frequented davidlynch.com in the late 2000s will recognize the White Monkey from one of David Lynch’s Los Angeles weather reports. The man behind the mask? Most likely the director himself.

Whether the director will physically be in Buenos Aires on November 1, 2017, or chat with attendees through a dissolving black device Skype remains to be seen. Rumor has it the event is co-organized by the David Lynch Foundation and there will be musical performances by local bands, screenings and an exhibition as well. More details to follow!

UPDATE: Here’s the official flyer. More details over at NicetoClub.com. 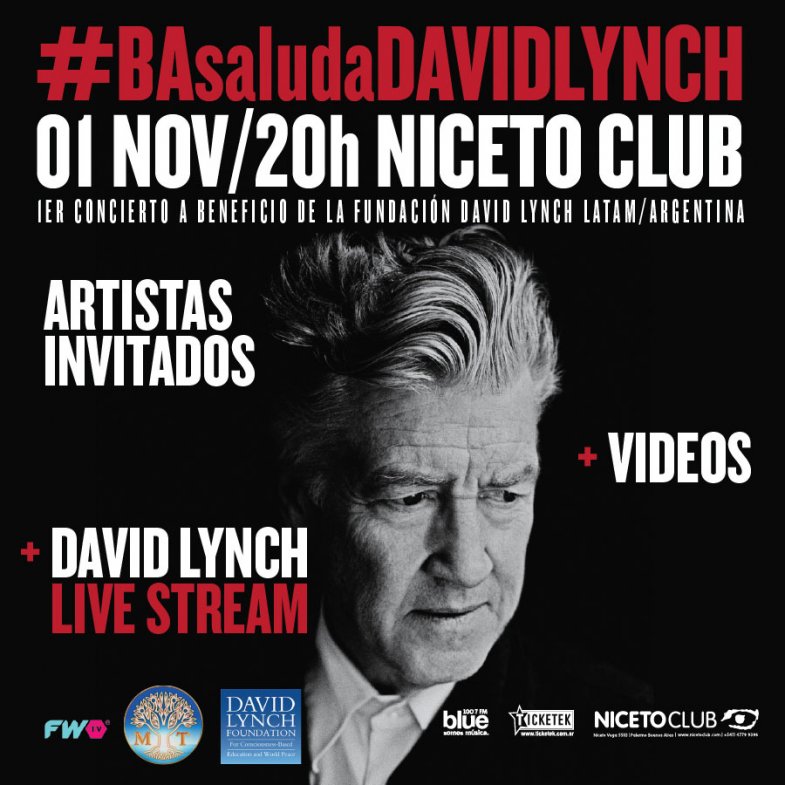