Word is out* that David Lynch has picked up on the Thought Gang project together with Angelo Badalamenti and that’s more than just music to my ears! But did you know the Badass-alamenti A Real Indication song from the Twin Peaks: Fire Walk With Me soundtrack has an official video shot by David Lynch with an Hi-8? It’s roughly six minutes of Angelo Badalamenti goin’ down the street and tryin’ not to smile while gettin’ a real indication!

*The Thought Gang album is happening!

UPDATE: This article previously included a low-res color version, which has been updated by Sacred Bones Records with this 1080p black & white music video.

Filmed on Hi-8 in 1992, this DIY music video is a rare visual document of Lynch & Badalamenti’s ‘Thought Gang.’ An esoteric jazz side-project born amidst the landscape of Twin Peaks, ‘Thought Gang’ featured several talented players in a mostly improvisational setting with Badalamenti providing vocal duties. ‘A Real Indication’ was the first of around 10 tracks to be recorded under the Thought Gang moniker, and one of only two Thought Gang tracks to have been released over the years (both ‘A Real Indication’ and ‘The Black Dog Runs at Night’ are included on the soundtrack to Twin Peaks: Fire Walk With Me). The remaining tracks await an LP release in 2011.

Like the night my girl went away
Gone off in a world filled with stuff
Lights start changin’
And there’s wires in the air
And the asphalt man,
is all around me

And I look down
and my shoes are so far away from me, man
I can’t believe it

I got a real indication
of a laugh comin’ on

Got rusted bullet holes in the Dodge
And a heartburn like a solar flare
The grass by the house is dry, man

And a horsefly
buzzes
by the big mistake In the distance , man,
I see myself start to smile

I got a real indication of a laugh comin’ on 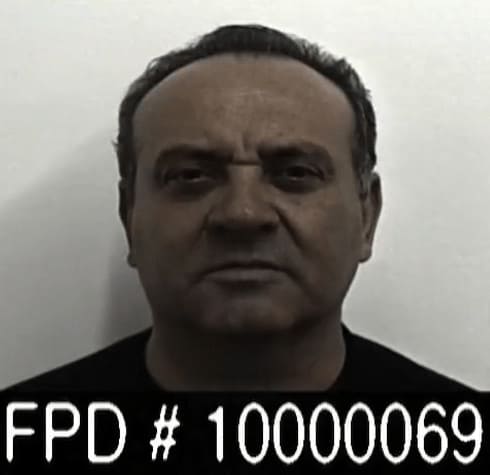 Angelo Badalamenti Stars In David Lynch-Directed Music Video For Thought Gang's “A Real Indication” is peaking on Facebook with 253 shares
Share it with your, excuse me, DAMN good friends