“It’s just crazy stuff. It’s not Angelo kinda music, really, nor is it mine. It came out of experiments and I don’t think it’s gonna go over well.”

After two and a half decades, David Lynch and Angelo Badalamenti’s long-fabled ’90s esoteric jazz LP titled Thought Gang is finally getting a release. The collaborative LP, out on Sacred Bones Records in November, will include 12 improvisational songs recorded between 1991 and 1993 and described by Lynch as ‘jet-fueled jazz in a weird way’ and ‘all based on stories.’

Twin Peaks fans will be most familiar with A Real Indication and The Black Dog Runs at Night, both featuring Angelo Badalamenti on vocals and included on the Twin Peaks: Fire Walk with Me soundtrack. A hint of One Dog Bark can be heard in The Missing Pieces (2014), while Frank 2000, an alternative mix of Logic and Common Sense (titled Headless Chicken on the soundtrack) and Summer Night Noise were used throughout the 2017 season of Twin Peaks. A previously unheard song, Woodcutters from Fiery Ships, can be previewed below.

Thought Gang will be available November 2, 2018, on LP, CD and digital formats (Amazon). Colored vinyl variations include ‘Steel’ (limited to 1,000 for retail stores) and ‘Monkey Fur’ (limited to 750 online through Sacred Bones).

In addition to the 1992 video for A Real Indication starring Angelo Badalamenti, David Lynch has created a new video piece for the album that will premiere at the upcoming Festival of Disruption. He had this to say regarding the piece:

“It is a short video featuring my friends the ants, along with cheese, etc. and one and a half tracks tracks from the upcoming Thought Gang album.”

UPDATE: And here it is… Ant Head! 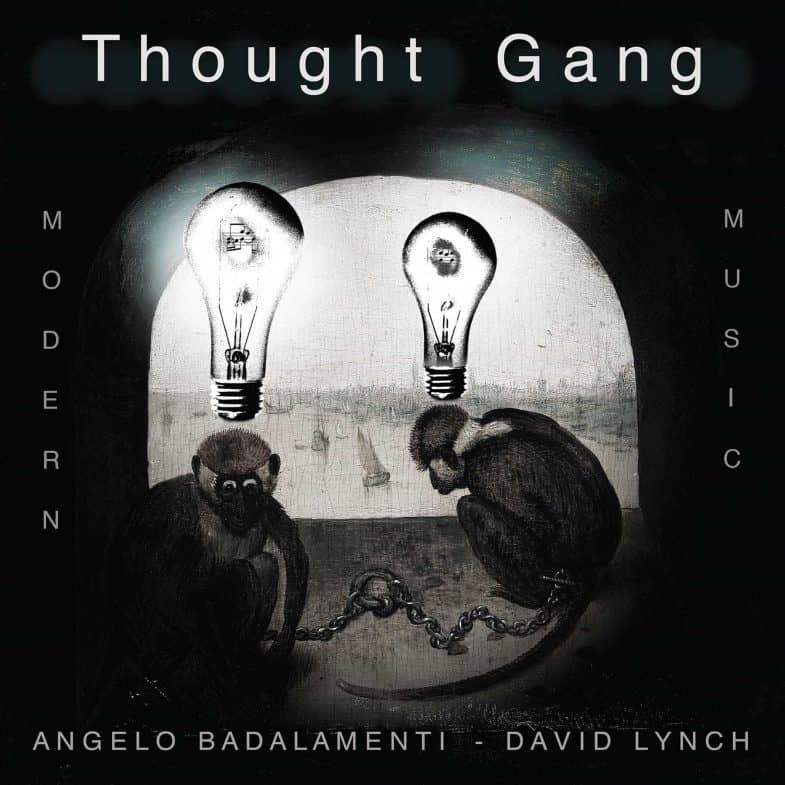