On Sunday March 3rd 2013, the fourth Twin Peaks Series Retrospective panel took place at the USC’s School of Cinematic Arts in L.A. Eight actors and crew members were present to talk Twin Peaks and Humberto did another great job at capturing the entire session on video.

Also check out the videos of the previous Q&A’s:

This is an automated playlist of 7 videos. At the end of one video, just wait for it to skip to the next. Total running time: 1h30m. 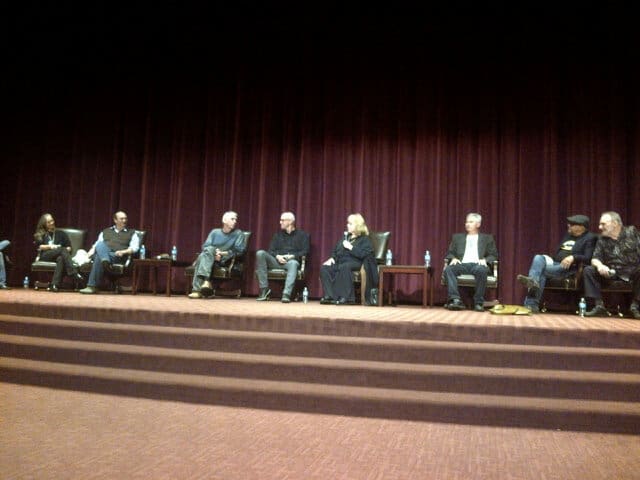