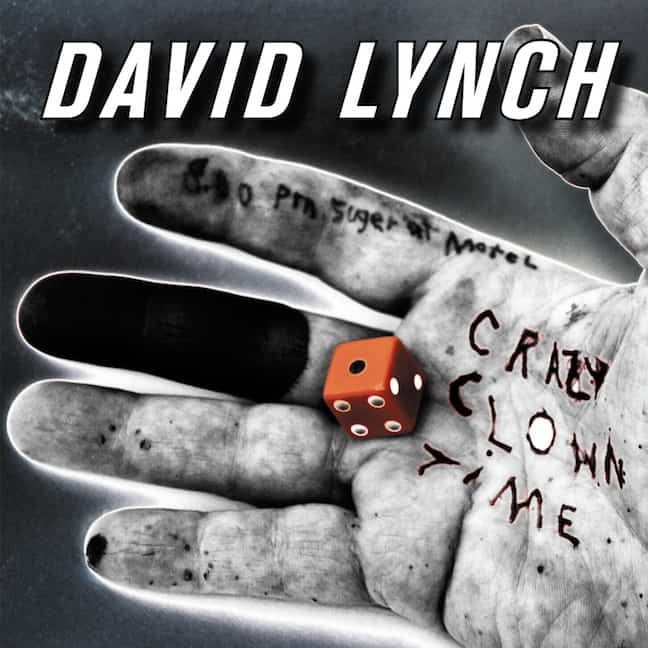 Where was I when David Lynch threw a listening party for his first solo album, Crazy Clown Time? Unfortunately, not at the Soho House in L.A., where 40 people were invited to have a seat in its screening theater and listen to the album’s 14 songs, long before the rest of the world. Chris Willman was there, and wrote a report of the event. Allow me to quote his remarks on some of the tracks:

The most comical song — not to preclude the possibility he might be serious — is the orally fixated “Strange and Unproductive Thinking,” a stream of consciousness about how dental health is connected to our collective mental health, read through a Vocoder-type filter. Against an electronic beat, Lynch recites a manifesto about “dark and evil forces which would have us living forever in confusion refusing even to acknowledge that we even existed or that there was such a thing as a bad tooth or a toothache.”

Take the title track (“Crazy Clown Time”), in which Lynch pitches his voice as high as a boy’s while describing a kids’ party: “Suzy, she ripped her shirt off completely…/Kimmy jumped all around, so high…/Buddy screamed so loud, he spit/We all ran around the back yard/It was crazy clown time/It was real fun,” he sings, and it’s all innocent fun – except for the musical bed, laden with disturbing guitar effects that make the party sound like a descent into hell, or Laura Palmer’s last bacchanal.

Typical of the album’s vaguely spooky laments is “Speed Roadster,” an anthem of obsession that has Lynch squeaking, “I know you fucked Al/He’s supposed to be my pal/I guess you’d say I might be stalkin’ you.”

Phil Gallo for Billboard, added that instrumentals “The Night Bell With Lightning” and “These Are My Friends” sounded very Twin Peaks.

UPDATE: You can now order the album here!

Getting excited yet? Be aware that “Speed Roadster” is already available for purchase at davidlynch.com, just like “I Know” and “Good Day Today.” While you’re counting down to the release date (November  7th, write it down), make sure you watch the Skype interview with David Lynch about the album.

Pinky’s Dream
“The horror and sadness of losing someone to other dimensions.”

Good Day Today
“About being sick of negativity.”

So Glad
“This kind of feeling comes up from time to time in our lives. It doesn’t always have to do with people…”

Noah’s Ark
“About being saved by love.”

Football Game
“This sort of story is probably more than a daily occurrence in our world.”

I Know
“Facing the reality that comes as a result of our actions.”

Strange and Unproductive Thinking
“Speaks for itself”

The Night Bell With Lightning
“A blues song…and the title comes a bit from a line in a Kafka story.”

Stone’s Gone Up
“Something has happened”

Crazy Clown Time
“is a phenomenon of the age in which we live.”

These are my Friends
“The ones I see each day”

Speed Roadster
“A story of unrequited love near the piney woods”

Movin’ On
“The decision was so obvious…”

She Rise Up
“A modern story”

And finally, here’s the album cover (via Pitchfork). 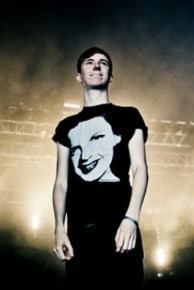 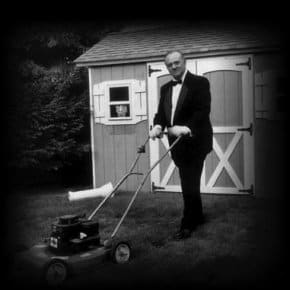