Part of their pop pilgrim series, A.V. Club recently paid a visit to the Twin Peaks Double R Diner, or Twede’s Cafe as it is better known in North Bend, Washington. They sat down with current owner, Kyle Twede, for some cherry pie and an interview.

Here’s a random fun fact, not included in the interview, which I hadn’t heard before:

There’s no mistaking the eccentrics, though, like one man who came after the fire in 2000. “We had a guy out of nowhere standing on the roof, painting the building purple,” Twede says. “The building was all burnt inside, but he was painting the building purple. I said, ‘Are you from the insurance company?’ and he took off. Came back a couple of days later again and painted again, and we got ahold of him again. He was de?nitely on crank, but God had told him to come put the Twin Peaks restaurant back together.” 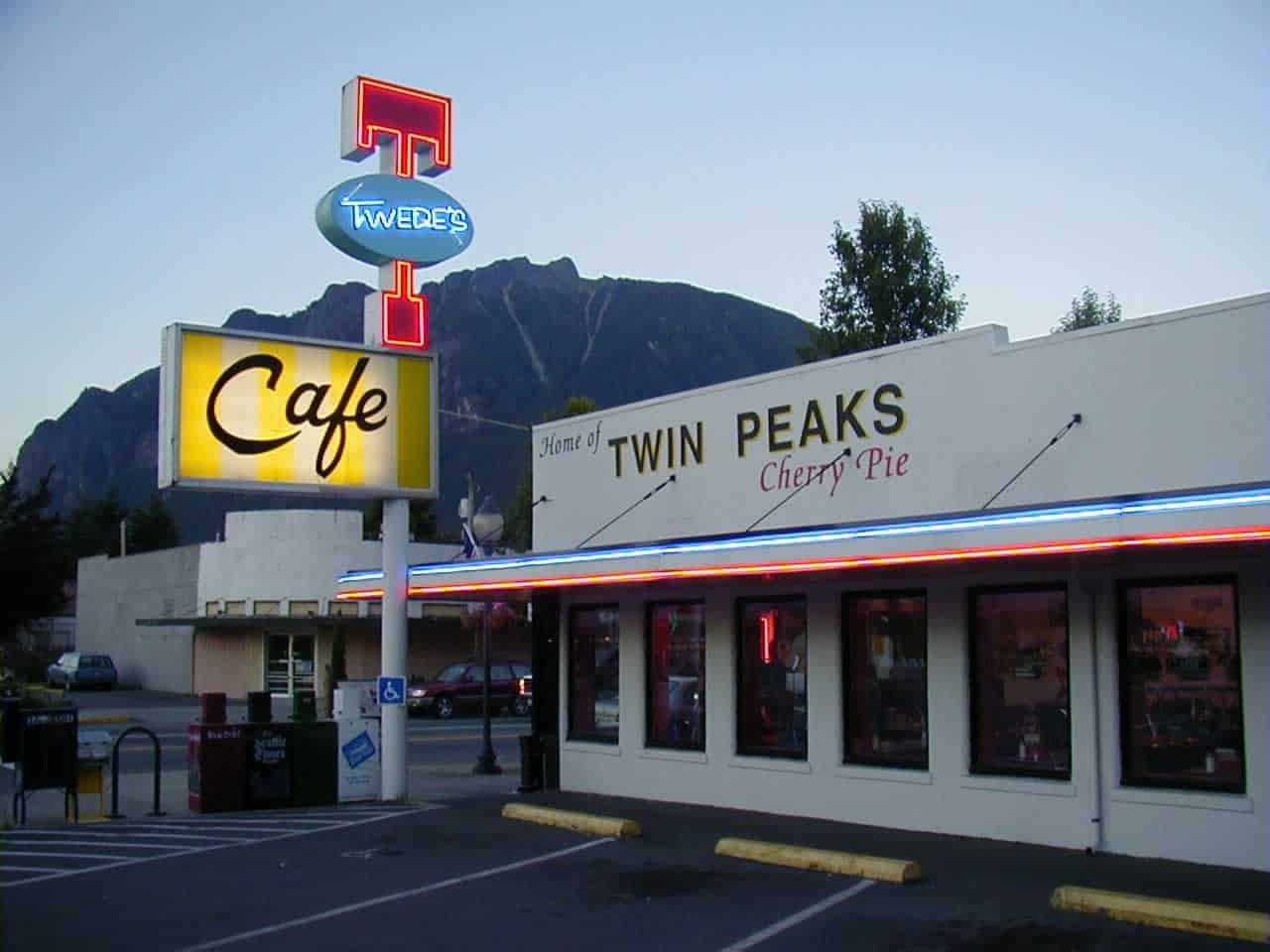