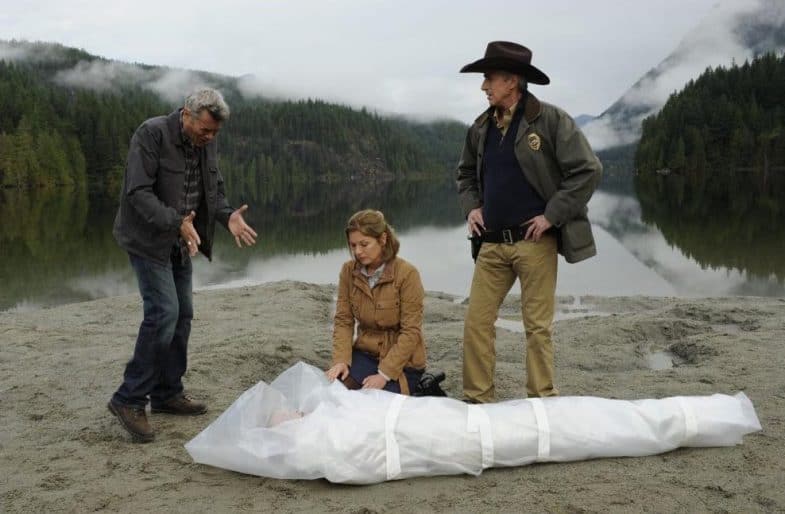 DVD set. It also features audio commentary by creator Steve Franks, executive producer Kelly Kulchak, writers James Roday and Bill Callahan, as well as Dulé Hill and Timothy Omundson. In addition, there’s a featurette called The making of Dual Spires, which shows behind the scenes footage of cast and crew “as they shoot the guest star-studded episode“.

on Amazon or check out the eBay items at the bottom of this post. 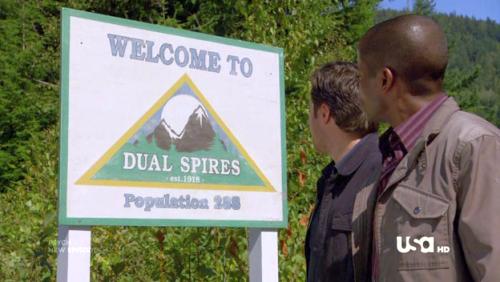 According to trivia on the “Dual Spires enhanced” video at the Psych website, a Twin Peaks tribute episode had been in the works since season one. Maggie Lawson was the one who suggested the episode’s title, a play on that of the original series. The episode aired 20 years to the day after the 17th episode of Twin Peaks, which answered the question of who killed Laura Palmer, after which, Mike Hale of The New York Times wrote, “there was really no reason to keep watching.” The episode features seven Twin Peaks cast members as guest stars. (…) Michael Ontkean, who played Sheriff Harry S. Truman, and Mädchen Amick, who played diner waitress Shelly Johnson, were also approached to appear in the episode. Twin Peaks co-creator David Lynch was originally going to guest star in a speaking role as Mayor Douglas Fir, but Lynch was not asked due to Roday’s concern over what Lynch would think of the episode. 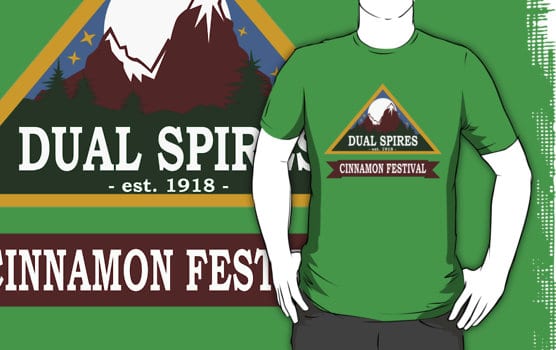 Here’s a list of the Twin Peaks references I spotted while watching Dual Spires.  Feel free to append to this list in the comments:

Here‘s a video of writers James Roday and Bill Callahan talking about the episode. There was also a Psych/Twin Peaks gathering at the Paley Center, around the time the episode first aired:

A few individual interviews with the cast members:

Behind the scenes video of “Dual Spires”:

And stay tuned for a possible sequel…