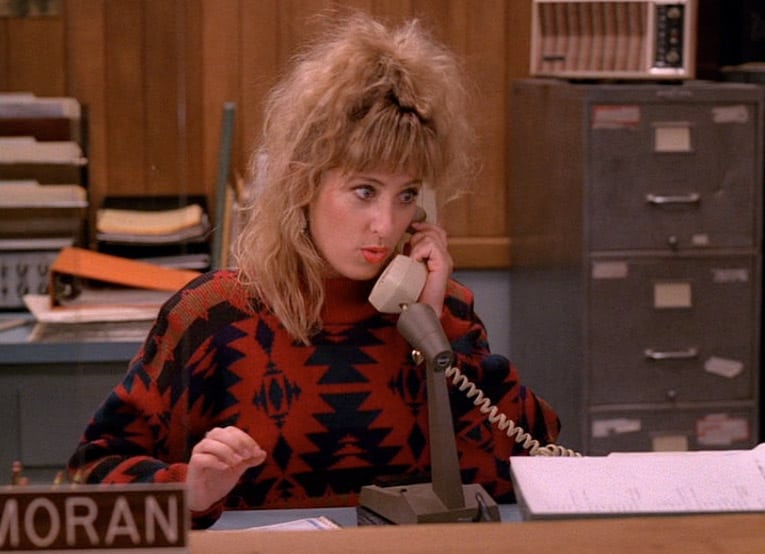 The past week, Kenny Herzog at Vulture has been calling up some of the original Twin Peaks cast members to ask them how the show affected their lives, and where they were when they heard about its comeback. Here’s an overview of their reactions, but take not that some of these statements were made days ago and that somethings things can happen just like this… *finger snap*

“I remember clear as day the scene of being on the beach wrapped in plastic, sometimes as if it was yesterday, because it was also my first experience on a set. Because I was playing a corpse, I got to witness all these different departments at work and lay there quietly and soak it all up … And the cast, we don’t get to see each other enough, but I feel so blessed to have worked with those people, and I hope to get to again.”

“I texted [Peaks production coordinator] Sabrina [S. Sutherland] and said, ‘A little birdie told me something that I think I’m supposed to be excited about. And she said, ‘Oh, I couldn’t tell you. I’ve known for some time, and I felt so bad I couldn’t tell you.’ And she said David Skyped her, and said, ‘Tell her I can’t call her now, but I want to see her in November and explain it all to her, but tell Kimmy’ … Oh, I shouldn’t be telling you this. Never mind. He said something. David said something.”

“The phone rang, and it was David [Lynch], and he was calling from Paris on Skype. He said, ‘We wanna be working together with you, and we’re gonna do Twin Peaks.’ We chatted for a while about the Log Lady, how she had matured a little bit. Then I said, ‘What can I tell people?’ He said, ‘Tell them it’s too early to talk about in detail, and don’t play in the street. (…) I have kept the log in a secure, undisclosed location. In case it was called upon to come back, I’ve been very carefully protecting it.”

“I thought it would never come back. I thought it was just one of those great icons that just died, kind of the James Dean of its genre.”

“When Twin Peaks happened the first time, I was a stage actor in Seattle. I was called in for an audition for this pilot, and at that time it was called Northwest Passage, and nobody knew anything. I thought, ‘Oh, okay, Lewis and Clark.’ And from that moment, I fell down the rabbit hole. (…) When David Lynch was directing an episode, your heart beat a little faster. You just knew something really exciting was going to happen.”

“I’ve always assumed that [the Giant is] some kind of alien entity. So I also assumed that I would have a long life. But I haven’t heard anything [about Twin Peaks’ return], so I have no idea what’s in store.”

“I’d been hearing [news of a Peaks’ revival] for years and pooh-poohing it. Someone called me about a week ago and I said, ‘No, no, no.’ Then two or three other friends called me. Then someone said they read it somewhere, and it slowly began to seem real. One can never second-guess David Lynch. I have no idea if he’d like me back, but I would certainly say yes if he asked.”

“Even if my career had kept going on a tremendous upswing. I’ll genuinely tell you [Twin Peaks] would have been the high point. [If James Hurley doesn’t return] I wouldn’t take anything personally, because if I was appropriate for the situation, I’m sure they would say something. But if I’m not … I just let it go, because I’m just grateful to have been a part of it.”

You can read the full article Twin Peaks Alumni: Where Are They Now? over at Vulture.