For those who have never heard of it: witch house is an electronic music genre that sounds like it was invented to sample the hell out of Twin Peaks. Or maybe that’s because many witch house producers actually do?

A couple of years ago, Cosmotropia de Xam‘s independent record label Phantasma Disques released three volumes of An Okkvlt And Witch House Tribute To Twin Peaks, featuring songs like The World Spins (The Other Twin Peaks), TW1N P34KS, and DUGPA (more about those here and here, very limited copies available here). And now, for Halloween 2014 and to mark the 25th anniversary of Twin Peaks, they’re back with a 4th volume titled An Imaginary Soundtrack To The World In 25 Years.

The limited release on just 99 CDR copies will be available here on October 31st at 10 AM EST (3 PM CET). The first 49 copies come as a Japan OBI with extra artwork and an original 35mm Fire Walk with Me film frame, so order fast on Friday! But today, Phantasma Disques is giving Welcome to Twin Peaks readers an exclusive preview of the tracklist, cover art and merch as well as one song.

And there’s more! Phantasma Disques is giving away five promo copies of the compilation! Scroll down to enter the giveaway. Winners will be announced before the official release, so that everyone else can still try to score one of the 99 hard copies. A digital-only version  is already available via Bandcamp.

EXCLUSIVE PREVIEW: An Okkvlt And Witch House Tribute To Twin Peaks Vol. 4: An Imaginary Soundtrack To The World In 25 Years

Here’s an advance preview of the closing track called The Angels Wouldn’t Help You by Ronette Pulaski. 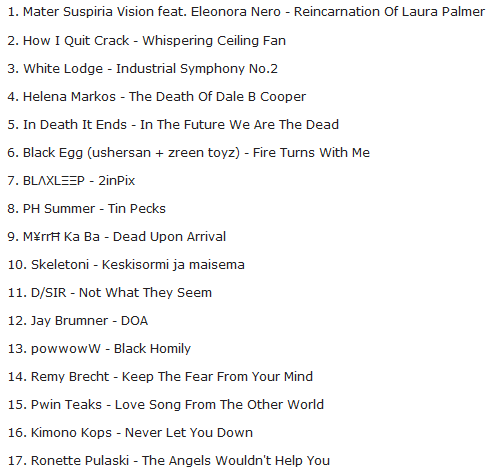 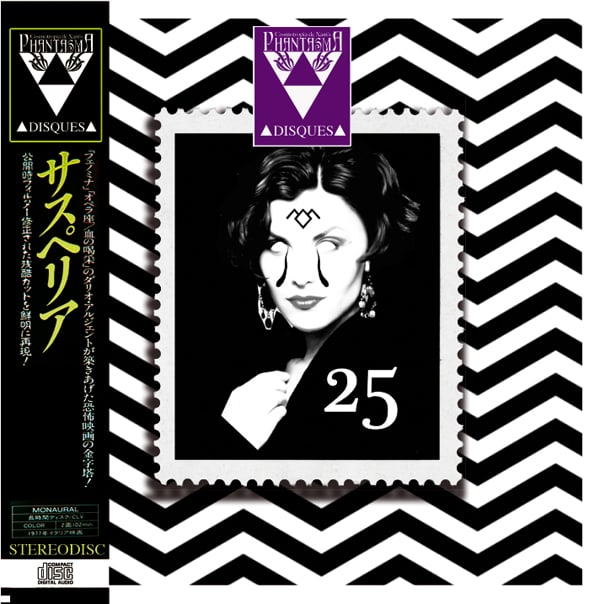 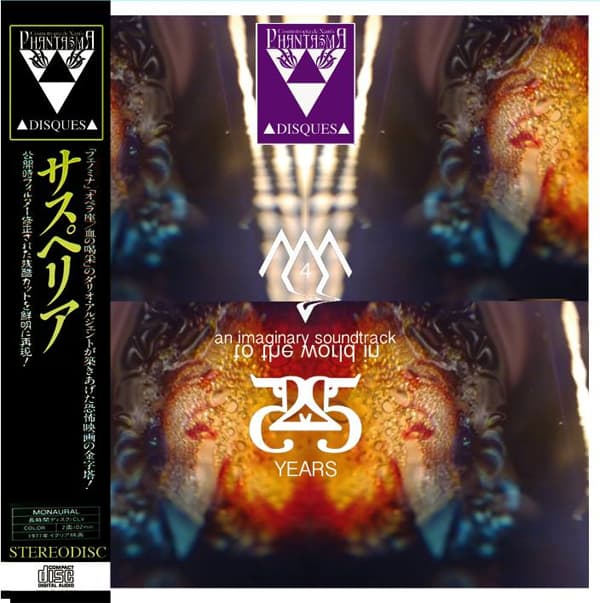 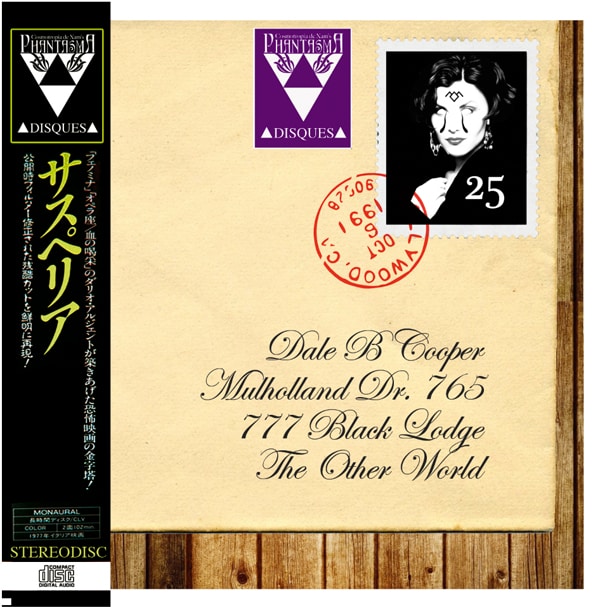 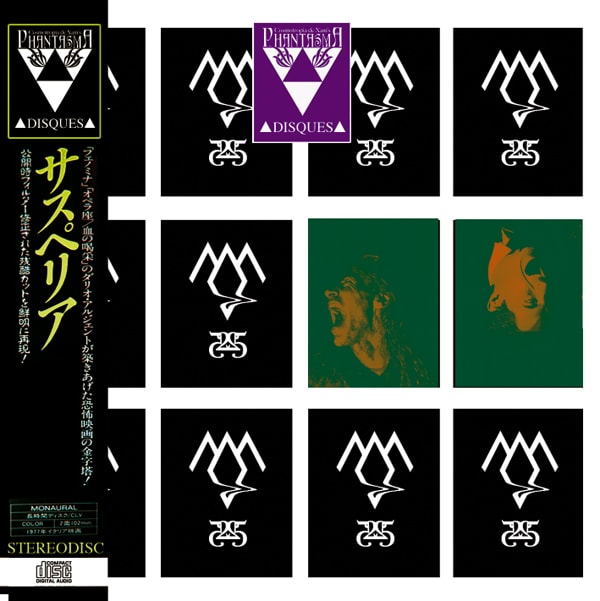 The following World in 25 Years t-shirts will only be available for pre-order for 24 hours via Bigcartel.com (no after sales). 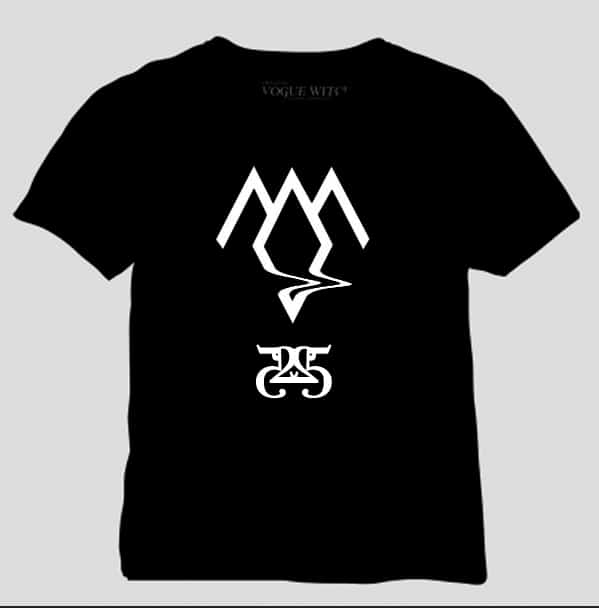 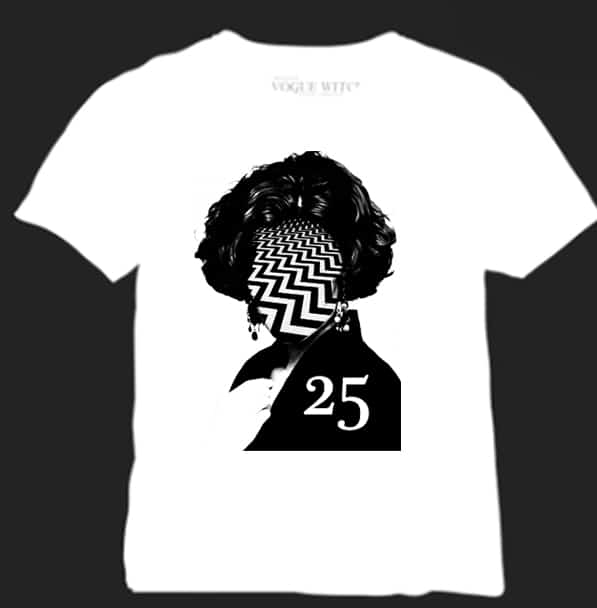 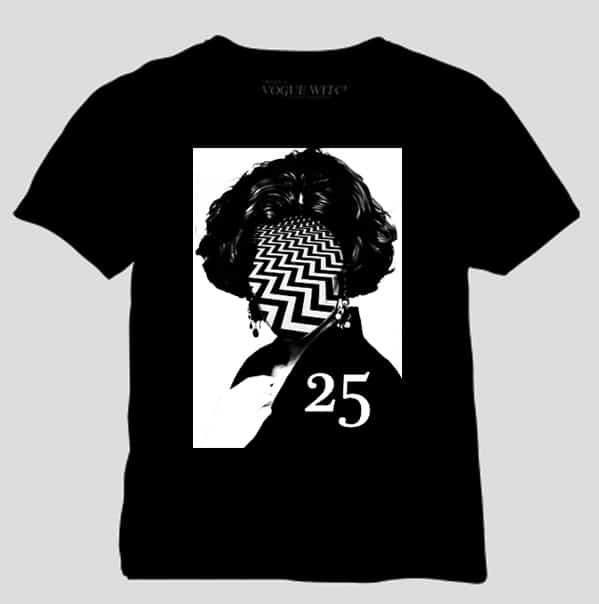 EXCLUSIVE PREMIERE: Helena Markos – The Death Of Dale B. Cooper (An Imaginary Soundtrack To The World in 25 Years, Twin Peaks Tribute)

GIVEAWAY: Win A Copy Of PD-129 Various Artists: An Imaginary Soundtrack To The World in 25 Years – A Tribute to Twin Peaks Vol. 4

This giveaway closes October 31st at 9 AM EST, so enter now if you want a chance to win a copy.