Robert Forster has expressed many times what a ‘real joy’ it was working with David Lynch on Mulholland Drive and again on the third season of Twin Peaks. Being part of its third season was easily one of the highlights of his decades-long career, the late actor revealed in a 2017 interview with Entertainment Weekly’s A Twin Peaks Podcast.

“I rank [Twin Peaks] tied to two or three other really good things in my career… but tied at the top and a great project. […] David gave me one of the great characters.” —Robert Forster

One scene in particular was most special to him and “one of the little, tiny gems of [his] career.” The heartbreaking irony is that it’s the scene in which Frank Truman has a disheartening phone conversation with his cancer-stricken brother and former Sheriff, Harry S. Truman. Forster, who himself lost the battle with brain cancer on October 11, 2019, concludes the conversation with the words “Do me a favor, beat this thing.”

In the EW podcast, which you can find embedded below, Forster describes the unique way this scene came about:

“You know, everything that you do as an actor is reduced to a shot. You don’t go and shoot a movie, you shoot one shot after another. And that particular shot was written, oh, half an hour before we did it. I saw David [Lynch] over there and he said to me, “I’m writing something and I’m gonna give it you in a minute.” Maybe Sabrina [S. Sutherland, Executive Producer] said it. But eventually, I got this scene that was just written. It had been typed. Somebody typed it. But he handed it to me and it was just exactly what was said. […] We shot it once. It was a scene that I hadn’t seen prior to almost the moment that I shot it. I had maybe 20 minutes of work on it. I consider it a small gem in my career. Something that I said, “God, I loved doing that shot.” This was one of the best shots I enjoyed working on. Simple. Quick. It was perfect in every detail.”

It definitely was. Rest in peace, Robert Forster.

Listen to A Twin Peaks Podcast: A Podcast About Twin Peaks with Robert Forster (June 30, 2017)

“The color red doesn’t need to know why he’s on the painter’s brush. He needs to deliver red when the painter uses him. And that’s pretty much my theory on what I’m doing there: I am delivering colors and David, only David Lynch, and a couple of others around him, know what I am there to do.”
—Robert Forster

Make sure you also listen to Brad Dukes’ conversation with Robert Forster. 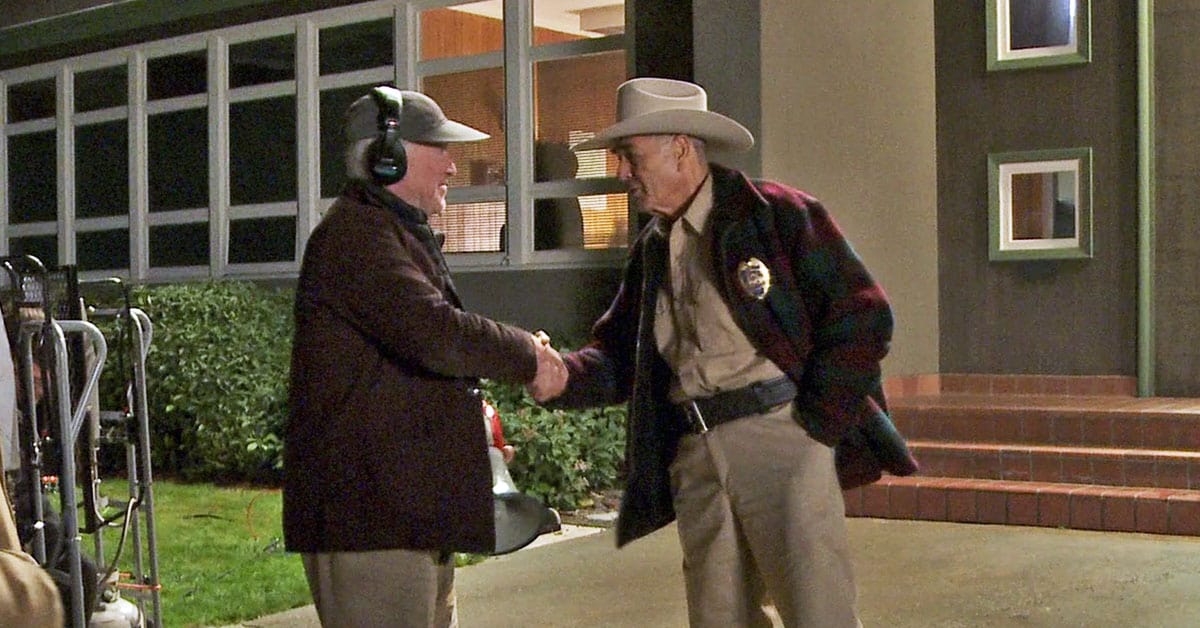