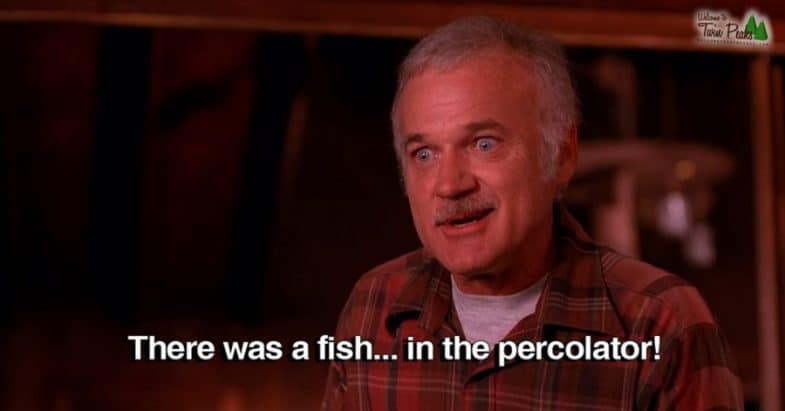 The larger part of the Twin Peaks fan community nearly burst into flames this past weekend, as is only natural after David Lynch dropped the “complications” bomb when asked about the continuation of the show in 2016. The longer Showtime remained silent, the worse it looked. Until a “source close to the show” told Entertainment Weekly there’s no reason to panic and that all this is just business as usual.

That’s where the story ends for now. But Twin Peaks fans on Twitter have started to respond to the hullabaloo by coming up with a slew of hilarious #TwinPeaksComplications; all sorts of crazy things that could be hindering the ongoing contract negotiations with the co-creator and director. Here’s a random selection and feel free to contribute your own suggestions using the hashtag #TwinPeaksComplications!

Having to pee ALL OF THE TIME (all of that coffee!)#TwinPeaksComplications

@ThatsOurWaldo #TwinPeaksComplications Showtime executive turns out to be Windom Earle in a Showtime Executive costume.

Drape runners are nearly, but not quite, silent. #TwinPeaksComplications @ThatsOurWaldo

Leo not liking seeing other brand cigarettes in his ashtray #TwinPeaksComplications

@ThatsOurWaldo They cast Andrew W.K. as Killer Bob and he just keeps yelling "party!" at the crew #TwinPeaksComplications