The March 31st issue of Entertainment Weekly promises to give Twin Peaks fans an “exclusive first look at the trippy revival” which is “not what it seems.” On its cover (in fact, make that three collectible covers), a tableau inspired by Leonardo da Vinci’s The Last Supper. 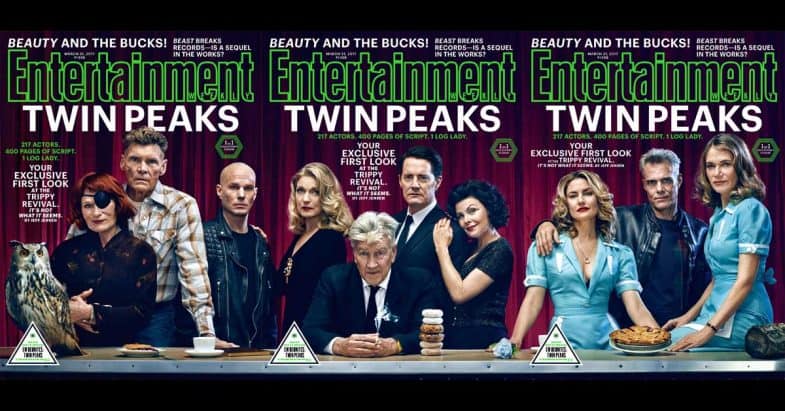 But you must also pay attention to what’s on the table: an owl, a cup of coffee, a log, cherry pie, stacked doughnuts… and a blue rose!

What else strikes you?

Several original cast members who will appear in the new Twin Peaks are missing, like Kimmy Robertson (Lucy Moran), Michael Horse (Deputy Hawk) and Harry Goaz (Deputy Brennan). And 400 pages does sound rather low for an 18-part series.

For those outside the United States, you may find copies of EW’s Twin Peaks issue on eBay.

Meanwhile, here’s a Twin Peaks version of The Last Supper from back in 2013. 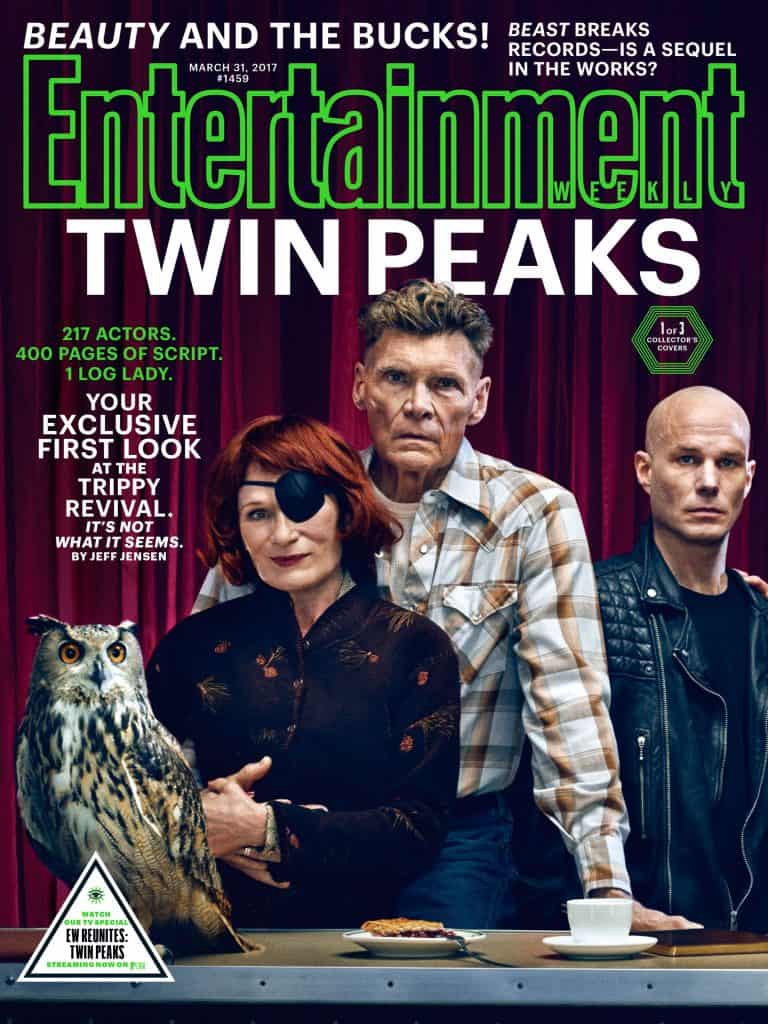 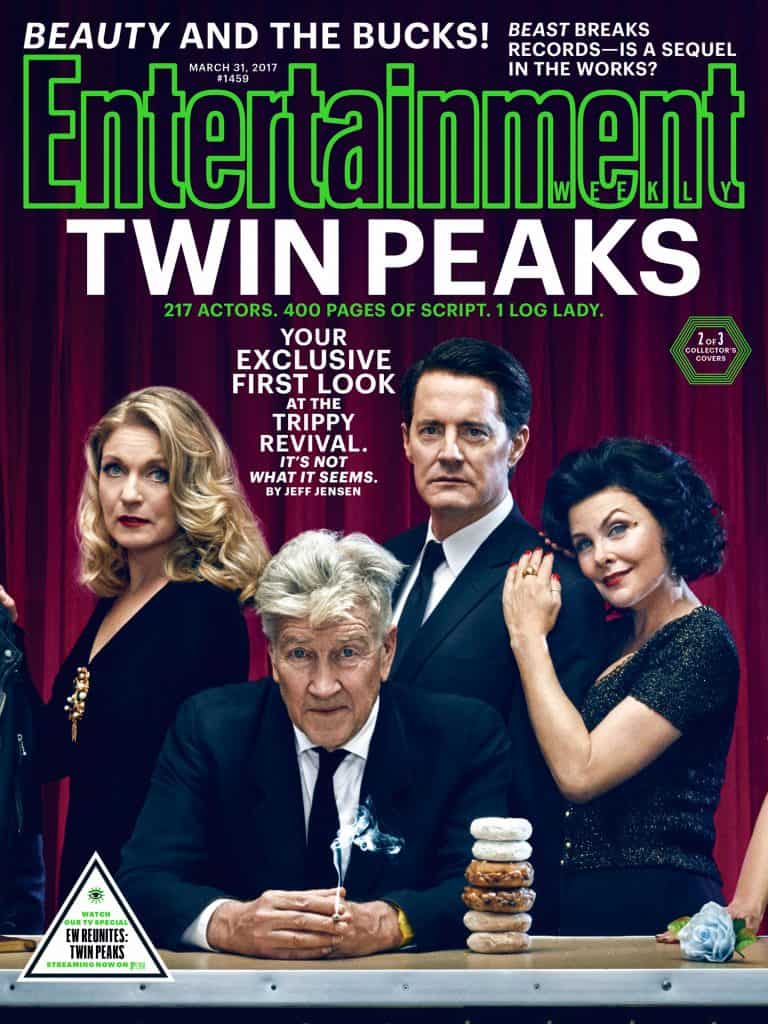 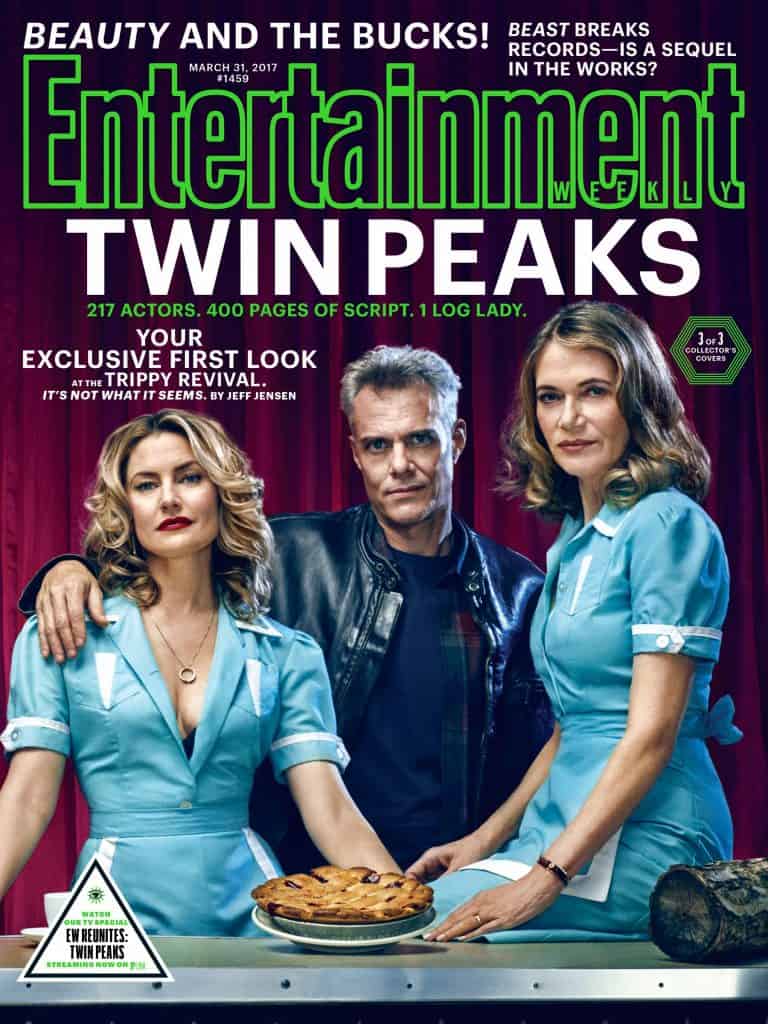 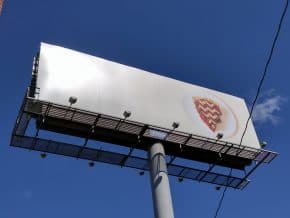 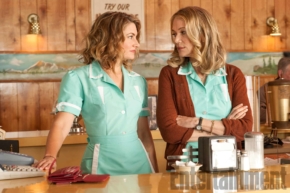