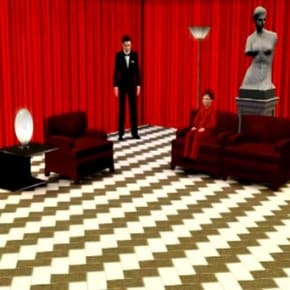 A YouTube user and Twin Peaks fan called tattooedgirl001 undeniably seems to know her way around The Sims! Using the cameraman mode of the 3D life-simulation game by Maxis, she recreated the final scenes from the television show as well as the movie, and merged them into an 8-minute machinima (machine cinema) called The Red Room.

The rendering engine of the popular game allowed her to remodel The Black Lodge, Glastonberry Grove and the beach Laura’s body was found, and to animate characters such as Dale Cooper, Laura Palmer, Killer BOB, The One-Armed Man and the Man From Another Place. The result is an extraordinary piece of work. Yes, I even had goose bumps while watching it. 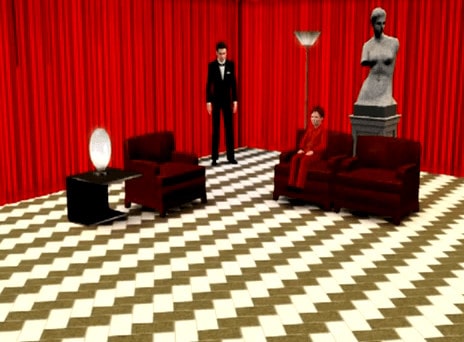