Oh, You Are Sick… is a group exhibition dedicated entirely to David Lynch, and currently on view at the Phone Booth Gallery in Long Beach. Named after a quote from Lynch’s first feature-length film, Eraserhead, the art show features the work of following artists: 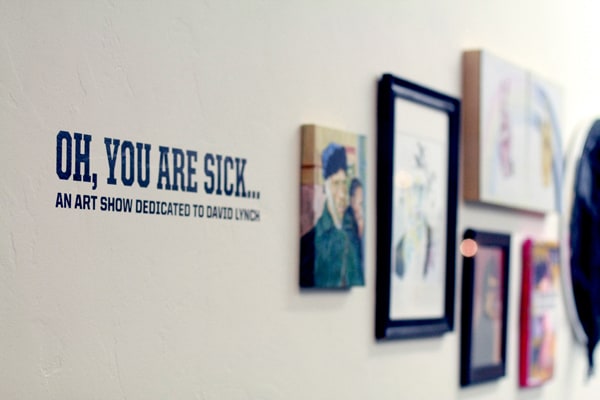 Here are the Twin Peaks inspired pieces from the show:

Check out the other works here (and yes, they are for sale), or catch the Oh, You Are Sick exhibition in real life until April 9, 2011 at the Phone Booth Gallery (2533 East Broadway, Long Beach, CA 90803). Open Saturdays 12-6pm or weekdays by appointment. Photos from the actual show can be found on the gallery’s blog.