It was slightly after 6 PM when multidisciplinary artist David Lynch arrived at the Tilton Gallery located in New York City’s Upper East Side. I had already seen and enjoyed the exhibition when it opened on March 6th (as visitor #1, mind you, a minor life achievement) so in all honesty, I was only there to shake the man’s hand and, who knows, take a picture with him.

I was not alone.

My wife and sidekick in times of mayhem aptly described what followed as “Lynchageddon”; from the moment David Lynch entered the former residence of Franklin D. Roosevelt, he was surrounded by flocks of excited fans and he could do nothing but shuffle across the ground floor while being photographed and praised. I overheard somebody asking whether the teeth embedded in some of his artworks are real, which he immediately denied, as if he’d never do such a thing. It’s been said many times before: this man is so kind-hearted and amiable when you meet him, it’s hard to imagine he once gave us Eraserhead to choke on. 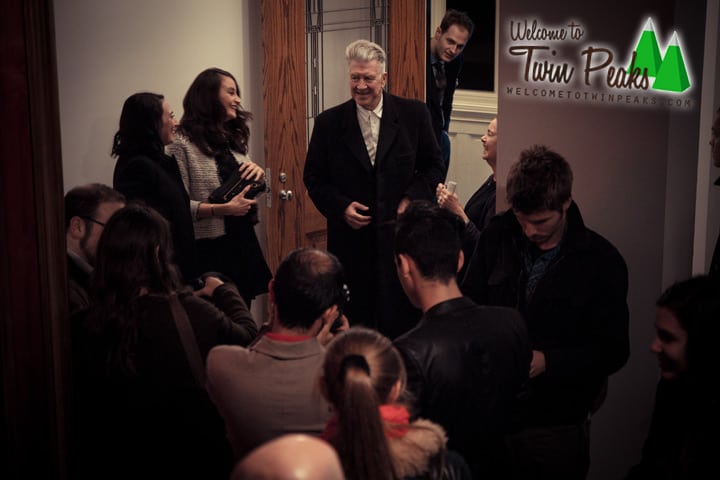 Shortly after his first round from Tilton Gallery’s main entrance to the office in the back (took him about half an hour), he reappeared upstairs where the exhibit (and Lynchageddon) continued. Meanwhile, a line of admirers had formed in front of the gallery and as far as around the corner of 76th Street and Madison Avenue. Yes, it would be a long and tiring evening. But Lynch, whose hair was in The Great Wave off Kanagawa-mode, took his time to have a friendly chat with everyone while obliging to every request. Such as a facial autograph.

And even an improvised request to design a tattoo in real time. An hour later, Paul Ketterman headed to a tattoo shop and eternalized David Lynch’s Duckman drawing on his arm. Stuff like this happens during Lynchageddon and it makes sense, you know?

Personally, I couldn’t be happier. Of course, I’d prefer to meet David Lynch under different circumstances (as in: him, me, a comfy couch and two cups of damn good coffee), but my favorite director posed with me for a photo wearing a big smile and he autographed two close-up portraits made of him last year. I gave him some copies of my shots, which he sincerely thanked me for, but seeing the slightly tumultuous tenor of the evening I doubt he remembered to take the folder with him afterwards. Before making room for the next fan, I asked David Lynch if he was going to team up with Angelo Badalamenti again. He replied: “Absolutely! I’m teaming up with him tomorrow!” Here’s to hoping they’re bringing back Thought Gang or talked “new movie” business!

Below are some more photos I shot during the reception, the very last one being a Welcome to Twin Peaks card signed by… Yes, sir! 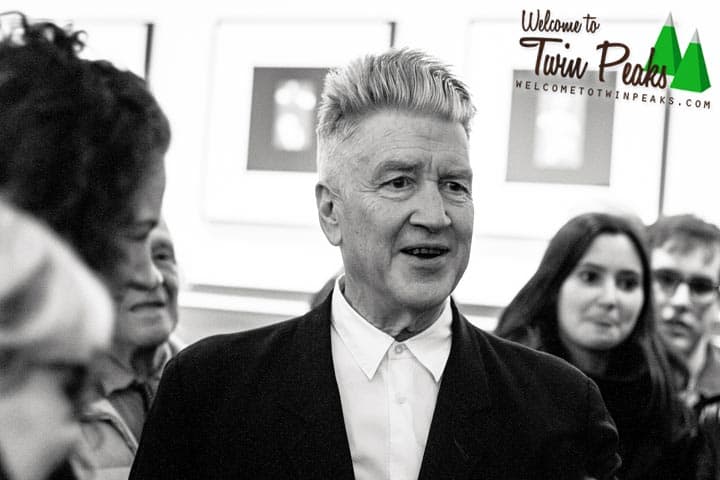 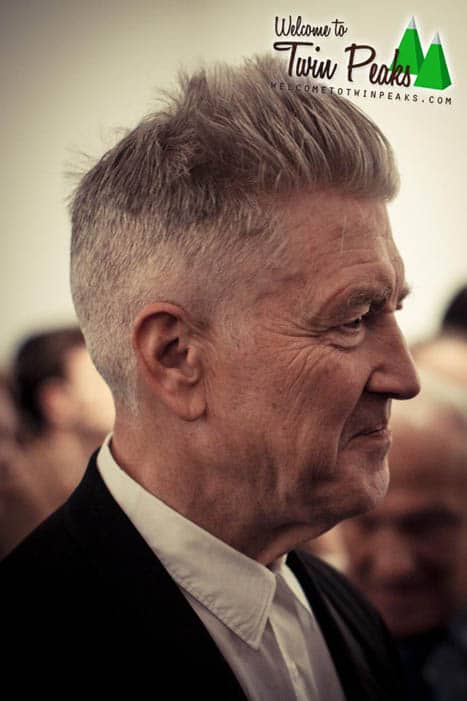 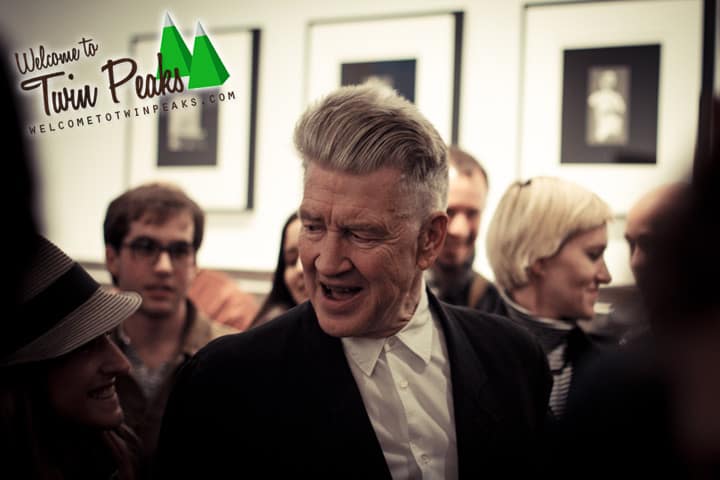 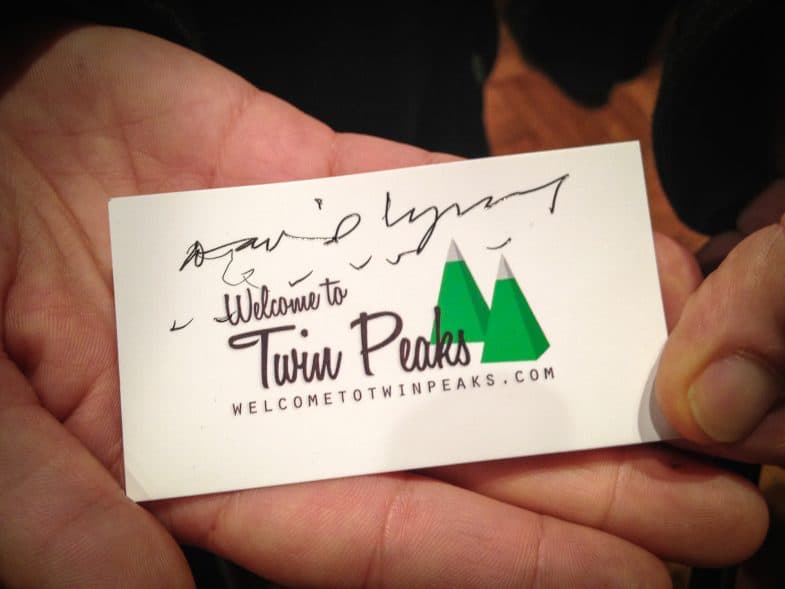 What Happened At David Lynch's Exhibit Reception In New York is peaking on Pinterest with 55 shares
Share it with your, excuse me, DAMN good friends