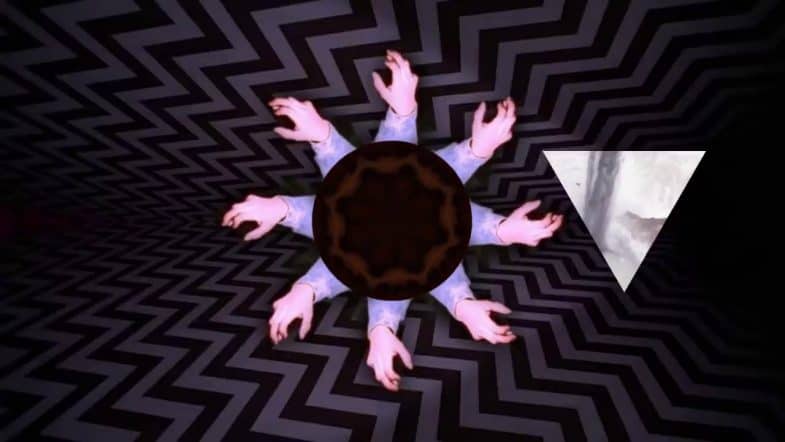 The Twin Peaks-themed video for this track from the Dan Barrett’s latest solo project’s “…Is Doomed” debut album (out today via The Flenser!) was directed by Gardenback, who got the inspiration from watching a bad VHS-quality version of Red Room sequence on YouTube. “I was struck by the lo-fi colors, which added a new texture and mood to the imagery I was used to seeing in Blu-ray quality,” the London-based video artist tells Welcome to Twin Peaks.

“After cutting together the first two clips of Coop and Laura, the idea just evolved into this mix of kaleidoscopic imagery, contracting/expanding shapes and strobing, glitchy snippets of Coop’s horrified face,” Gardenback explains. Using some of the most disturbing moments from Twin Peaks, he hopes to have created something contextually different, but similarly weird and unsettling… 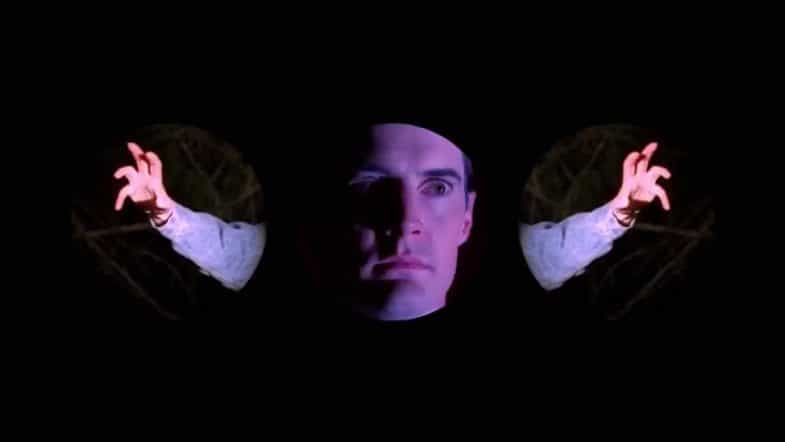