“No hay banda! There is no band. Il n’est pas de orchestre! This is all a tape-recording. No hay banda! And yet, we hear a band. If we want to hear a clarinet, listen… It’s all a tape. It is an illusion.”
—Bondar (Mulholland Drive, 2001)

Only this time, there definitely was an orchestra.

On the official opening night of the 10th Lucca Film Festival in Italy, guest of honor David Lynch was welcomed with an orchestral tribute to his films. Under the title Lost Songs. Maestro Gianpaolo Mazzoli conducted the Orchestra of the Conservatory L. Boccherini at the Church of San Francesco as they performed many of Angelo Badalamenti‘s compositions for Blue Velvet, Mulholland Drive, Wild at Heart, The Elephant Man and, of course, Twin Peaks.

Simone Stefanini and Matteo Marino were among the 600 fortunate people to attend the event together with David Lynch —who sat on the first row— and they managed to record the orchestra’s “Twin Peaks Suite”, which starts with Laura Palmer’s Theme and segues into the Twin Peaks Theme, and the theme from Mulholland Drive.

This recording includes the first notes as well.

If you like this, have a listen to Max Lilja’s cello version of the Twin Peaks theme. 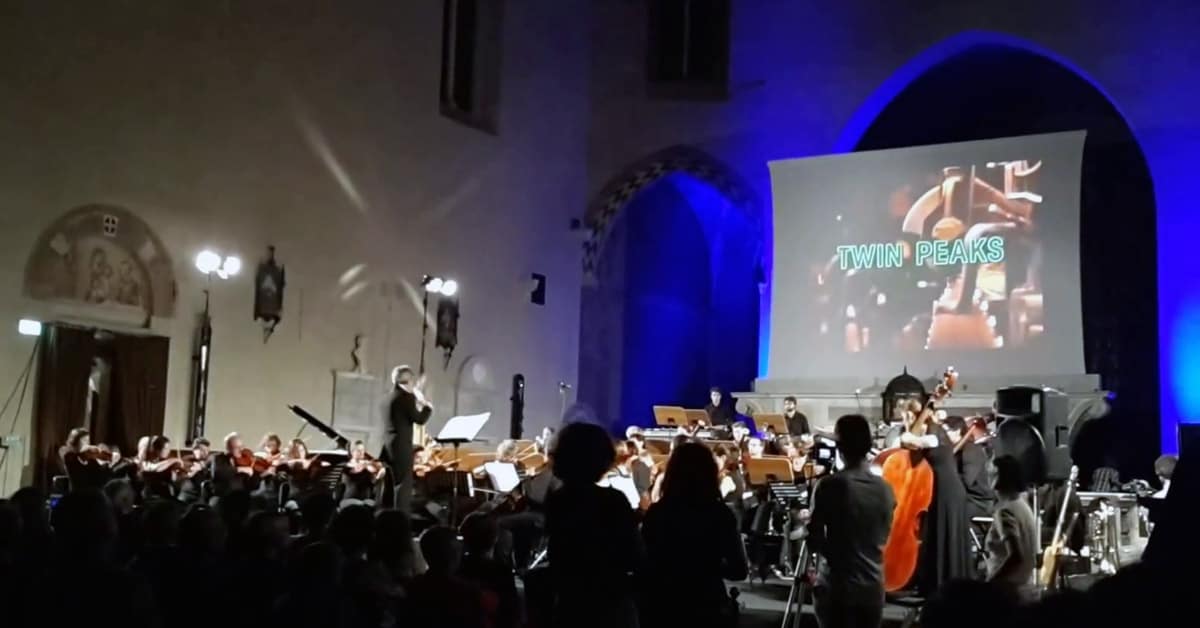