On April 21st 2013, Silencio returns to New York City to perform at (Le) Poisson Rouge for a third time. They recently opened for Afghan Whigs and performed at SXSW 2013, but if you still haven’t heard of this Angelo Badalamenti and David Lynch tribute band with tons of retro-noir original material to boot, check out my review of Silencio’s NYC debut show or just watch their recent Slow Sin Jazz video.

Silent Drape Runners will open for Silencio with their “RITUAL FOR BOB“, a custom 35-minute re-edit  and re-soundtracking of Twin Peaks and Twin Peaks: Fire Walk With Me to summon the ultimate evil. The David Lynch Foundation will be presenting their non-profit organization and DLF staff will be available to answer questions following the concert.

I can’t imagine a better way to spend a Sunday night in New York City, but since most of you probably can’t make it to the Big Apple, the event will be live-streamed right here on Welcome to Twin Peaks starting at 9:30 pm EST! 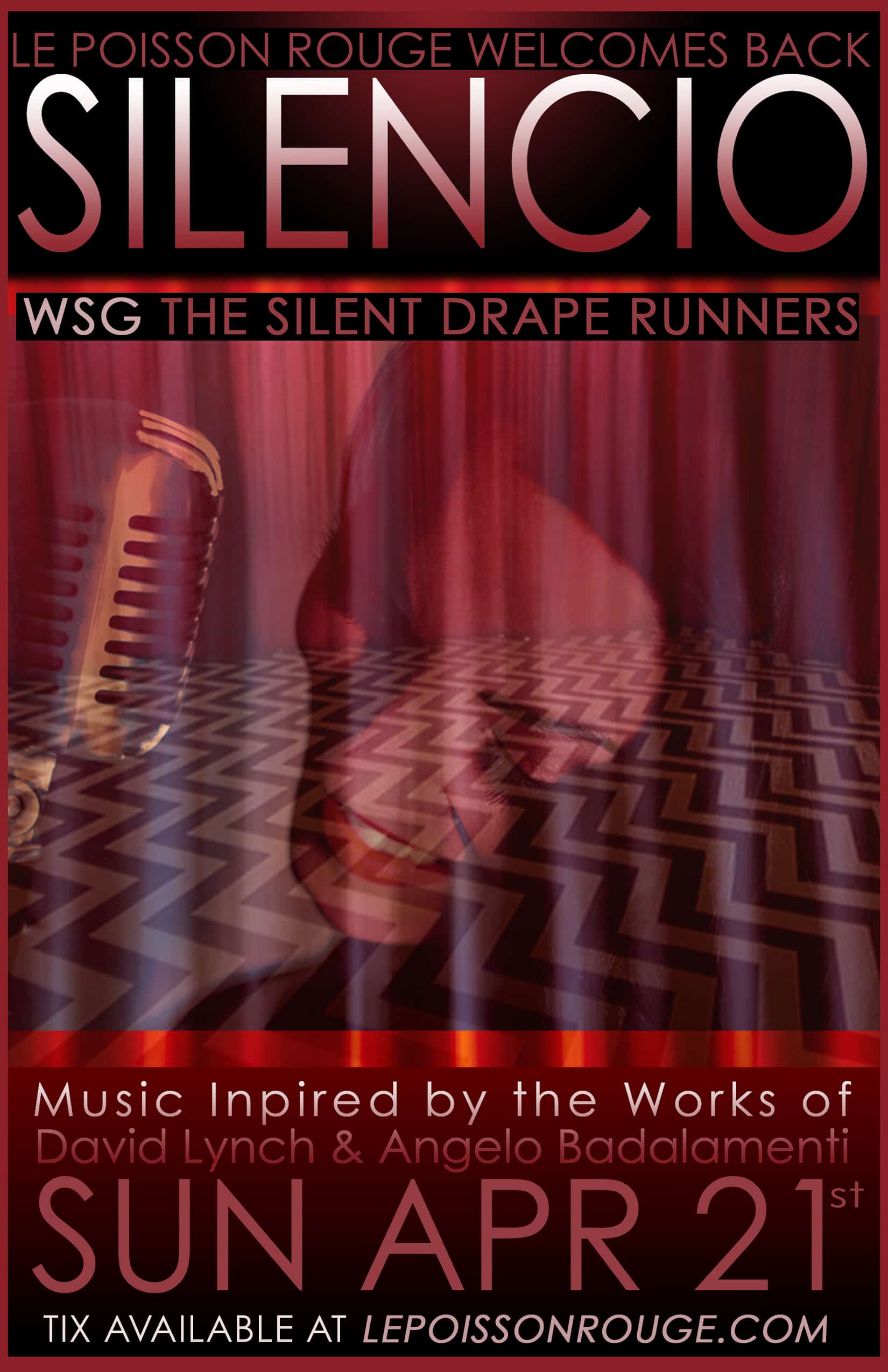 Watch Silencio's Next New York City Show Live is peaking on Facebook with 57 shares
Share it with your, excuse me, DAMN good friends