Eric Da Re was briefly detained Sunday night by the L.A.P.D. on suspicion of starting more than 50 fires that have occurred since Friday in Hollywood, neighboring West Hollywood and the San Fernando Valley. The actor who set the Packard Mill on fire in his role as Leo Johnson in Twin Peaks, was simply at the wrong place at the wrong time and definitely not responsible for the attacks that caused at least $3 million in damage.

The real news lies in the fact that we finally get to see how Eric Da Re looks like today, 20 years after we last saw him as the shoe-loving truck driver.

This still was taken from a video interview with Eric Da Re regarding his brief encounter with the West L.A. police. 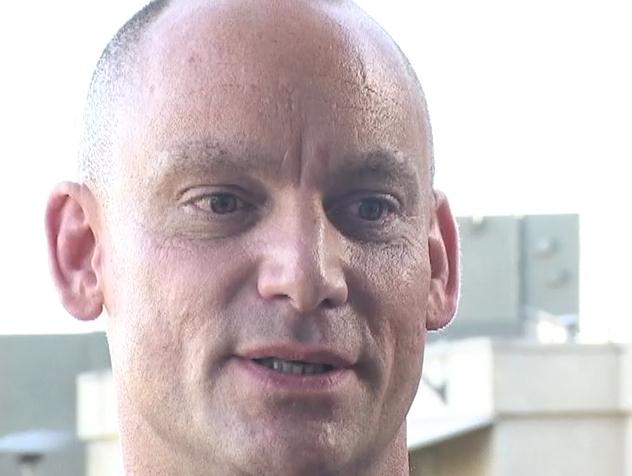