You have probably seen TikToker Nathan Apodaca (aka 420doggface208) blissfully cruising on his skateboard, drinking Ocean Spray’s Cran-Raspberry juice, and casually lip-syncing to Fleetwood Mac’s Dreams from their 1977 album Rumours. The 22 seconds of carefree joy contained all the right ingredients to become an Internet sensation and gathered over 60 million views since it was uploaded in September 2020, even prompting Mick Fleetwood to recreate his own version.

Now here you go again, you say you want your freedom
Well, who am I to keep you down?
It’s only right that you should play the way you feel it
But listen carefully to the sound of your loneliness

The latest to join in on the fun is Kyle MacLachlan who earlier this year launched his own TikTok account with an updated version of Dale Cooper’s opening monologue. Today, Kyle shared a Twin Peaks version of the viral ‘Dreams’ video, sipping coffee from a TP mug and lip-syncing into a voice recorder while cruising past trees and powerlines. Listen to the sound… Is he singing this to Diane?

Looks like Kyle answered his own question from back in 2015.

Wonder if Cooper should ride a skateboard… #ThinkingOutLoud #twinpeaks pic.twitter.com/xWwVkQgtMO

Mick Fleetwood’s take on the meme 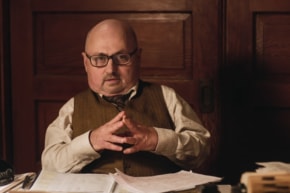 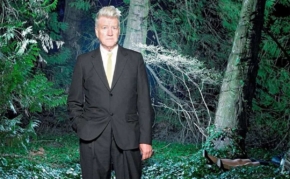