Oh, I so much wanted to sing with him again. Mike? Mike, can you hear me?

This obscure video of actor Frank Silva chanting Killer BOB’s scary “death bag” rhyme at the Twin Peaks Fest in 1993 has recently popped up. Only its last sentence was used in the series as part of Cooper’s dream, but the entire, scripted rhyme can be heard at the end of the European version of the pilot.

Heads up, tails up
Running to your scallywag
Night falls, morning calls
Catch you with my Death Bag.

Thanks to Pauli S. for the tip! 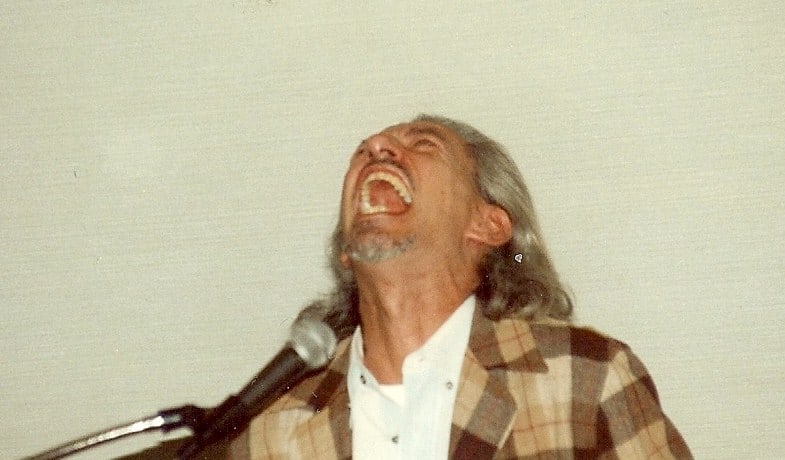 Frank Silva Chants Death Bag Rhyme At Twin Peaks Fest 1993 (Video) is peaking on Facebook with 535 shares
Share it with your, excuse me, DAMN good friends