This is what happens when you both love Twin Peaks and each other, and you can find a Twin Peaks obsessed photographer to create the most wonderful (and sometimes strange) engagement photos.

Seattle-based photographer and Twin Peaks geek Autumn Adams of Petrichor Photo immediately accepted the challenge when Sam and Vedada, the loving couple, presented her the epic idea for a Twin Peaks themed engagement photo shoot in and around the show’s filming locations in North Bend and Snoqualmie, WA.

The three of us knew that we had to either go big or go home with this shoot.  So we decided to go big and fully commit.

You’ll quickly notice a lot of preparation went into this; they put outfits together to portray the different characters, found different accessories like the Best Friends necklace, Nadine’s eye patch, the “Have You Seen This Man” poster of BOB, typed up the sheets of code that were revealed to Special Agent Dale Cooper by Major Briggs, etc. Sam’s already present tattoos of a scary owl and the Twin Peaks opening credits bird certainly helped. The shoot itself took a total of 16 hours of traveling around, outfit changes, prop staging, plastic wrapping, and coffee (and whiskey) drinking.

Here are the resulting photos along with comments by the photographer.

The shoot started out at Snoqualmie Falls, which any Twin Peaks fan knows, is one of the opening scenes of the show. 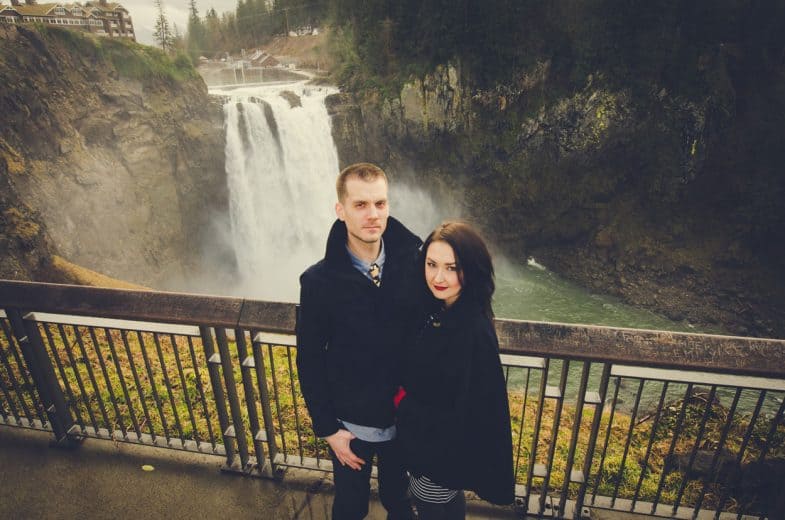 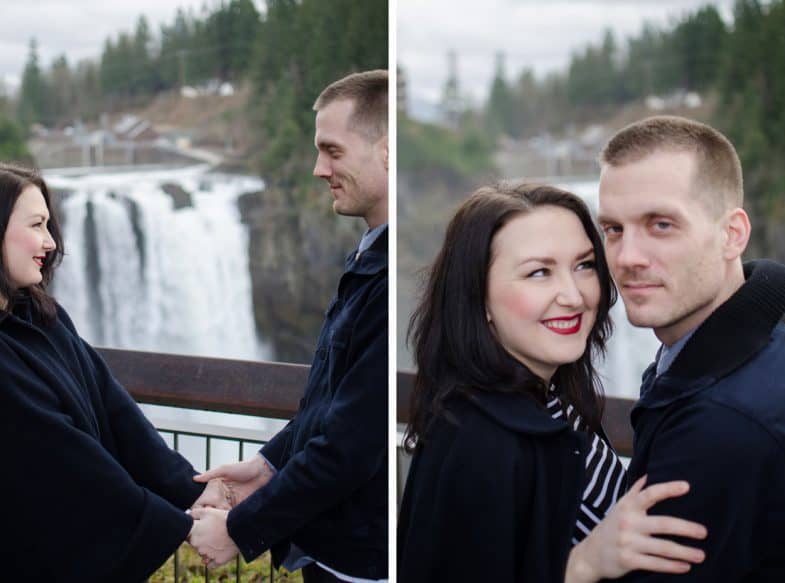 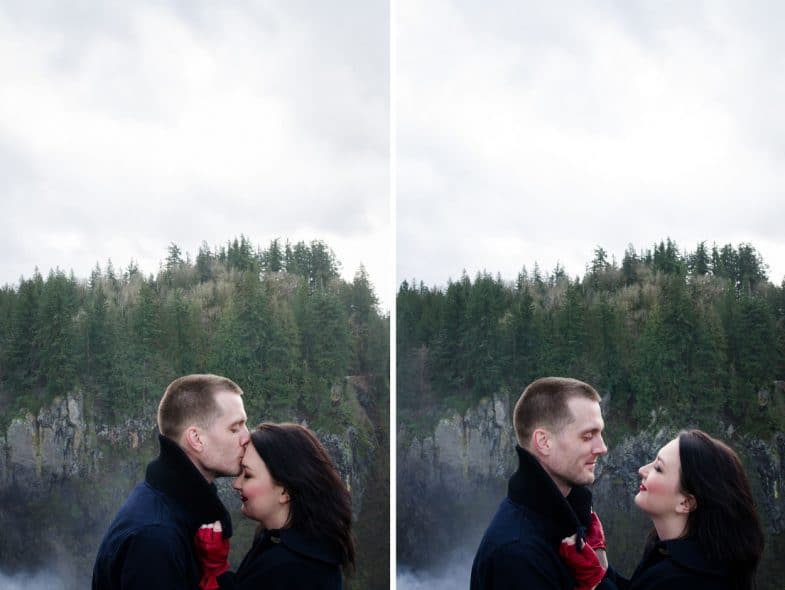 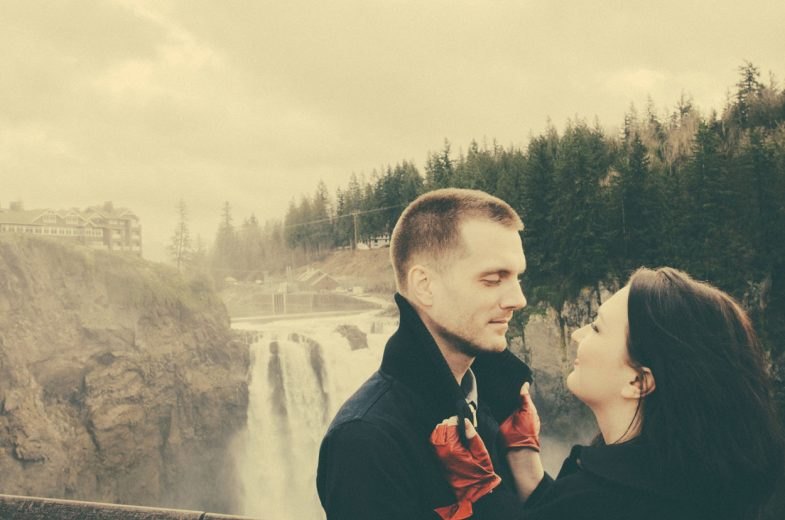 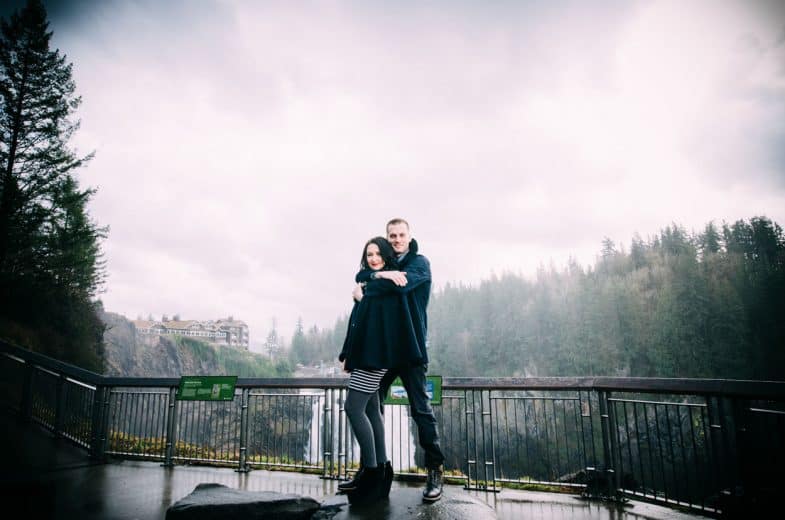 After the Snoqualmie Falls portion of the shoot, where we wanted to just have Dada and Sam dress up like themselves (because we couldn’t forgot about adding them to the list of characters), we headed to Twedes Cafe, the diner used during the filming of the show, which was known as The Double R Diner.  We chose to shoot Ed and Nadine and Audrey Horne and Dale Cooper at the diner, this was of course after indulging in some damn fine coffee. 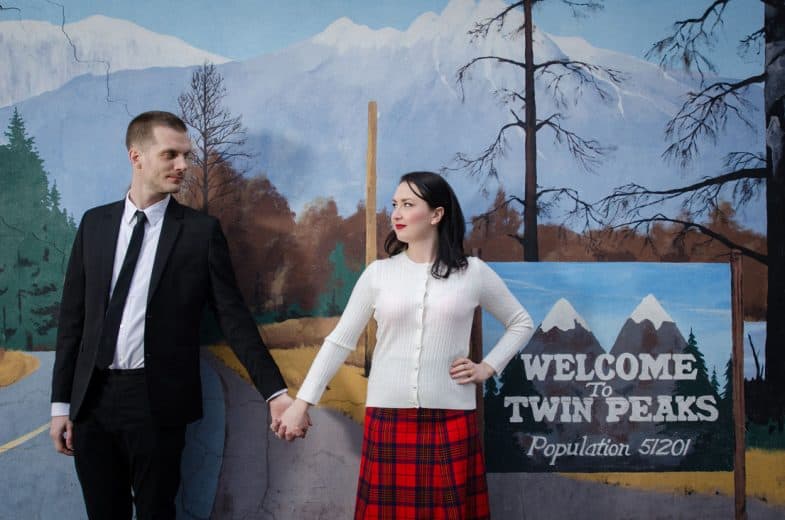 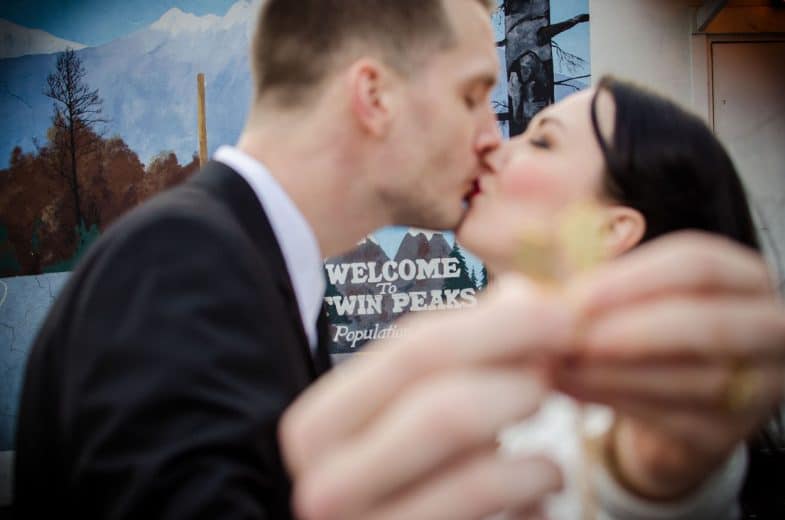 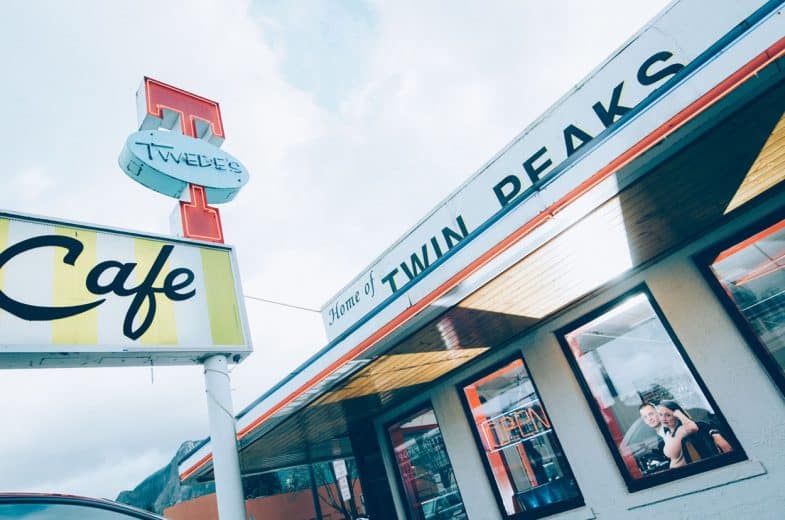 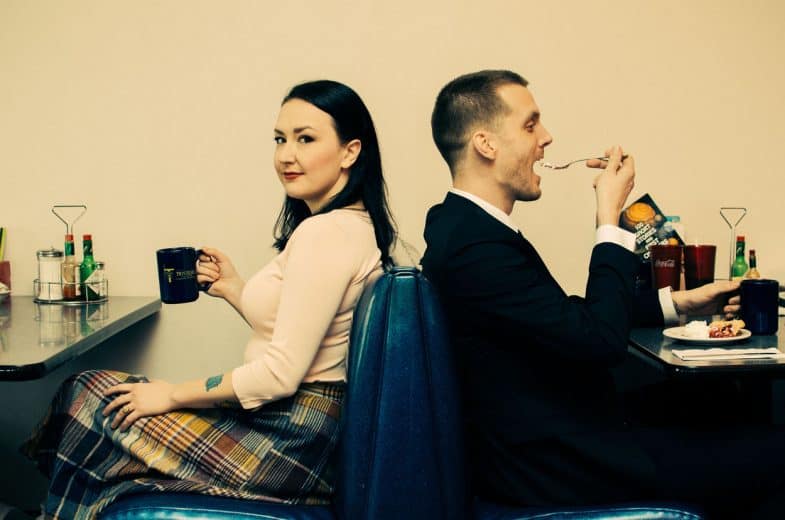 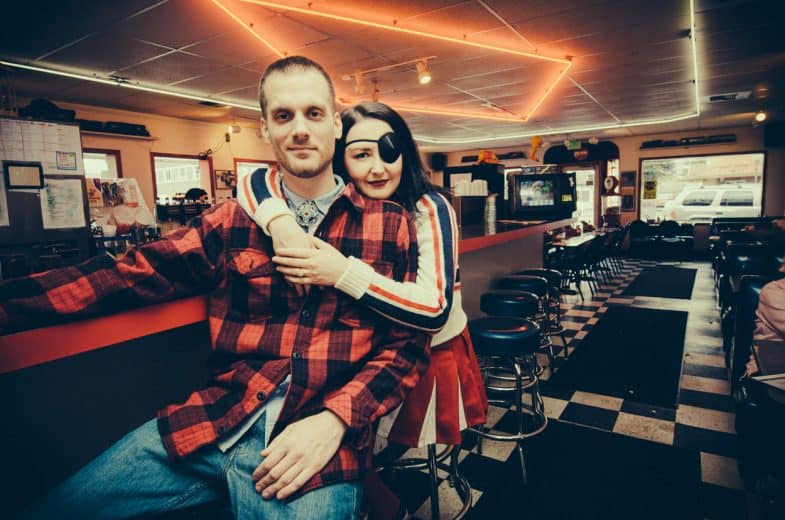 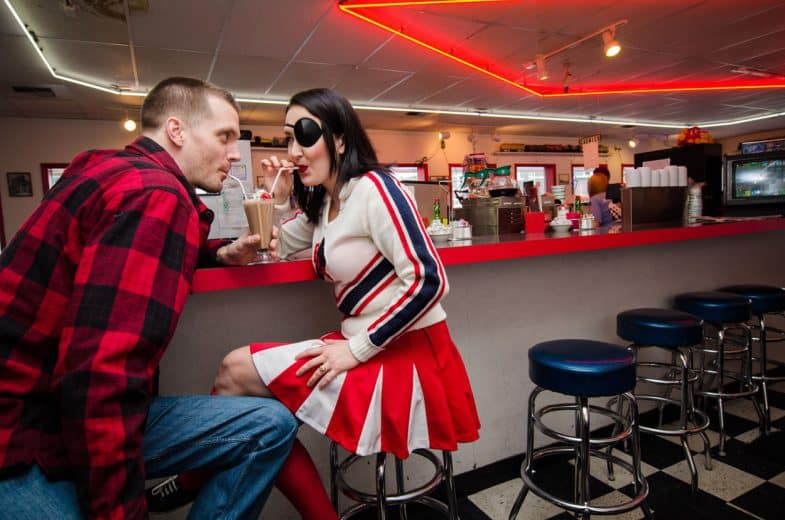 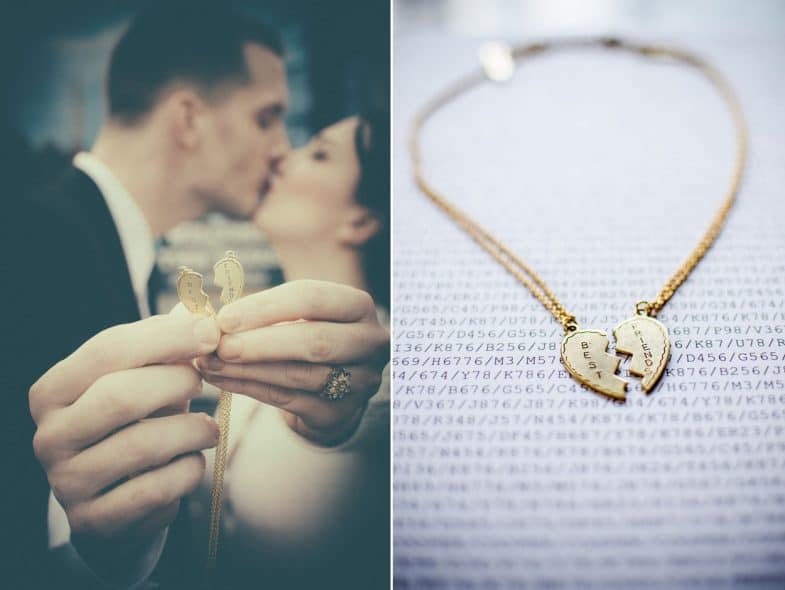 Then it was off to the studio where we wrapped Dada in plastic and put Sam into some Sheriff Truman gear and then headed to Golden Gardens to recreate the scene when Laura Palmer is found washed ashore, with the little twist of making it a night time scene instead. 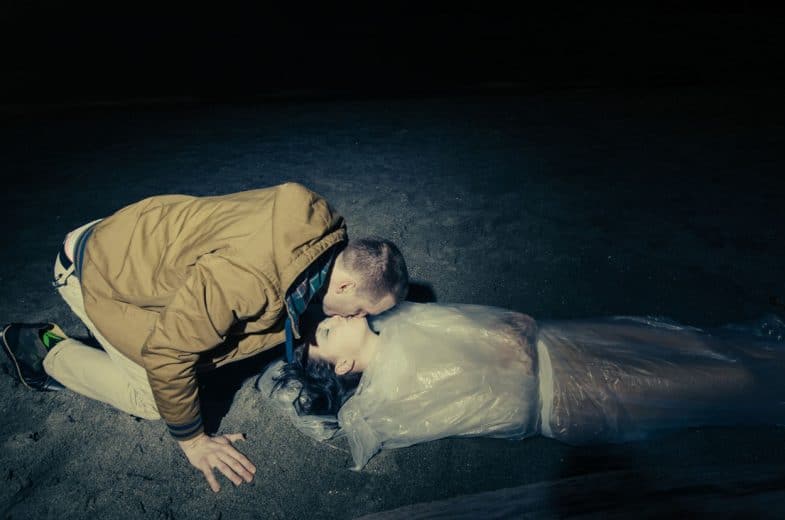 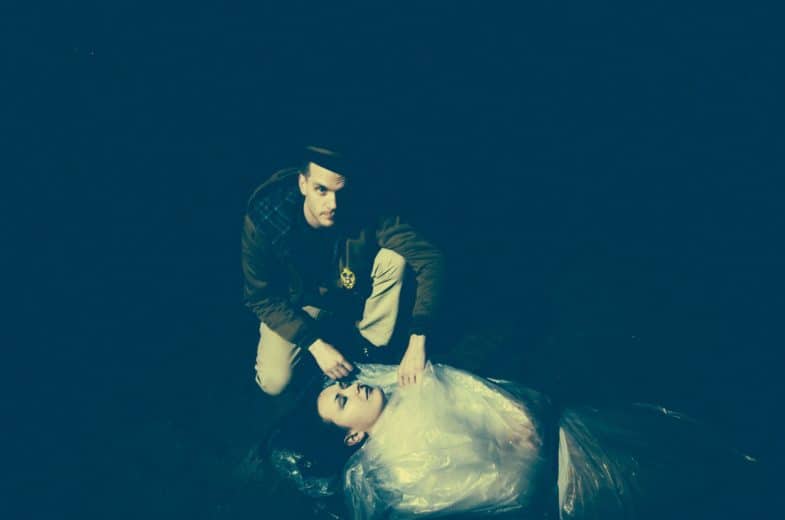 Back to the studio we went to get a little sexy in the log cabin room, and create the scene between Audrey and Cooper when Audrey decides to try her luck with her special agent by slipping into his bed. 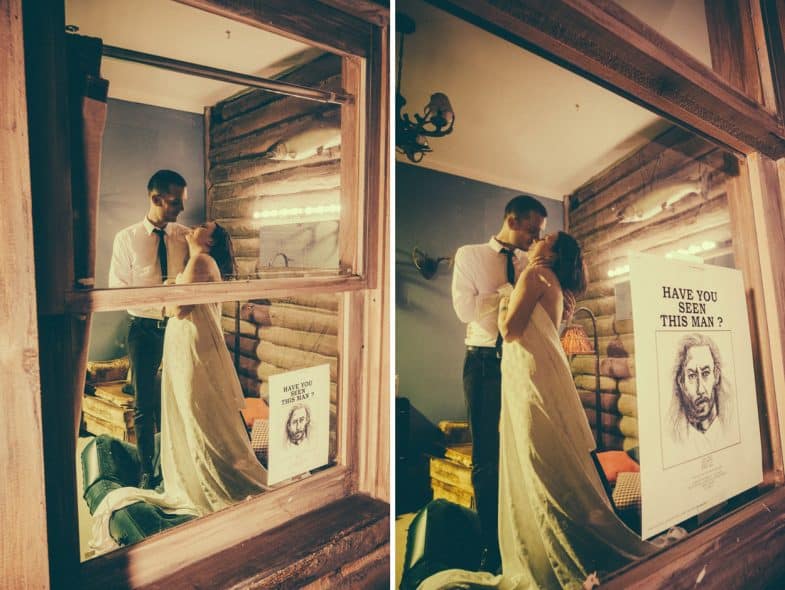 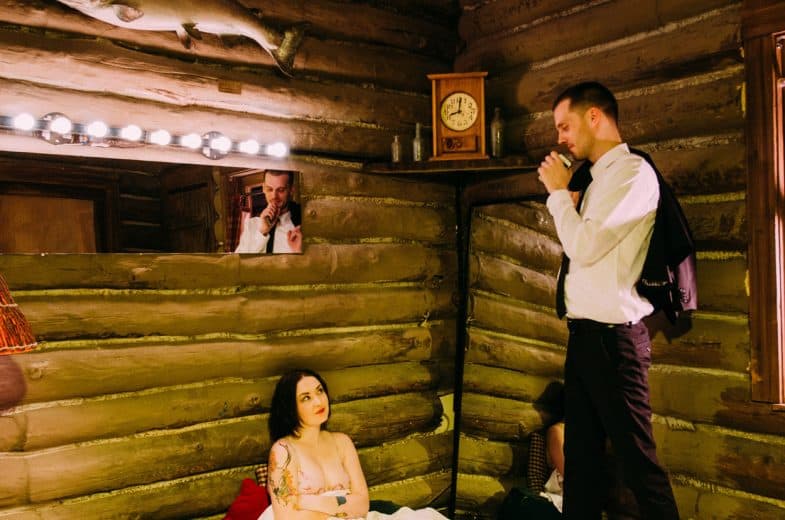 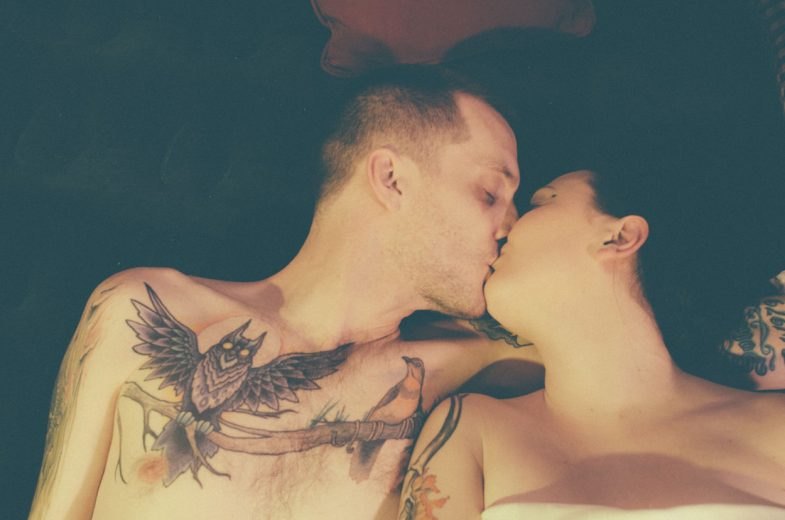 Last, but certainly not least, was the Black Lodge scene, which was met with the last bit of energy we had fueled by whiskey consumption (ah, the perks of being good friends with the people you are photographing). We bought a role of white seamless paper and rolled out a 12′ x 12′ section and taped off zigzag’s so we could paint the exposed paper black, thus creating the floor of the mysterious Black Lodge (a project that took us 6 hours to complete).  We got red curtains to complete the scene, which was to be the finale of the shoot. 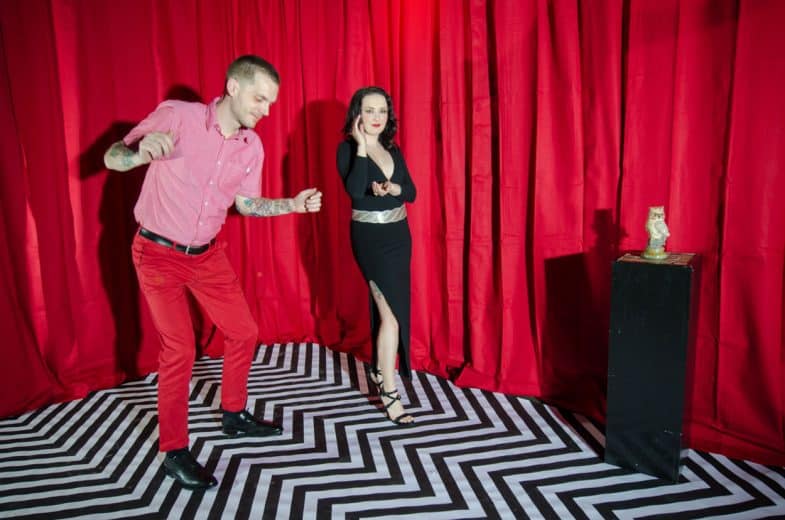 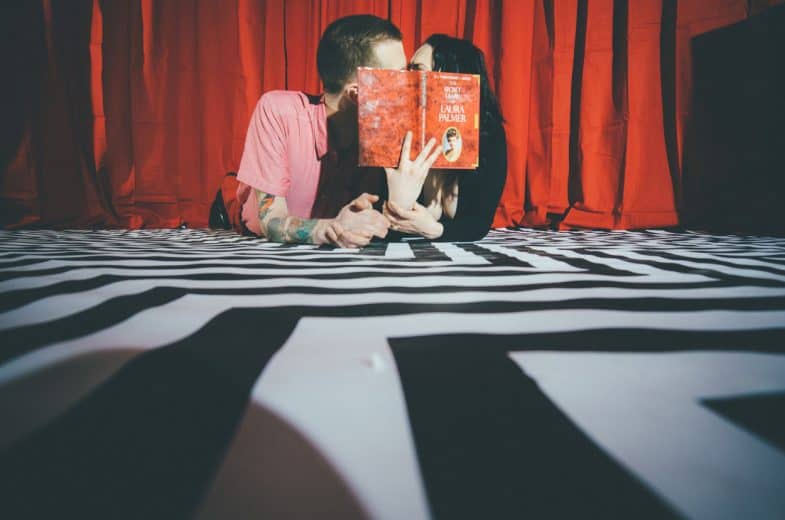 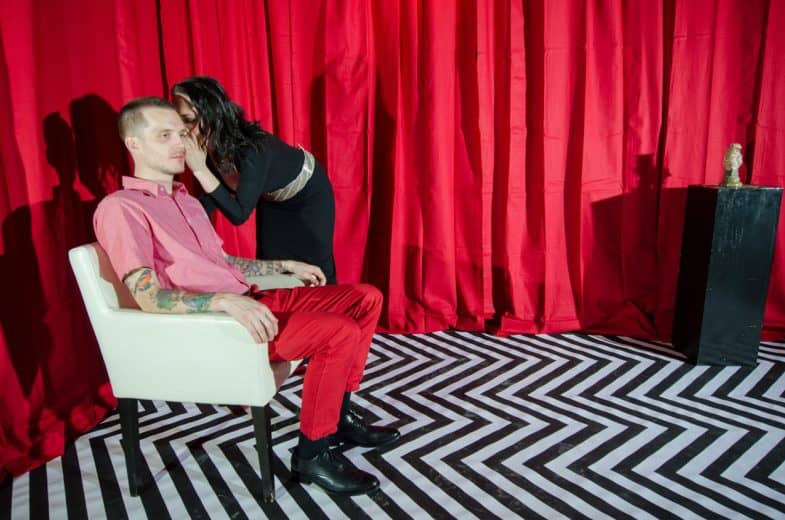 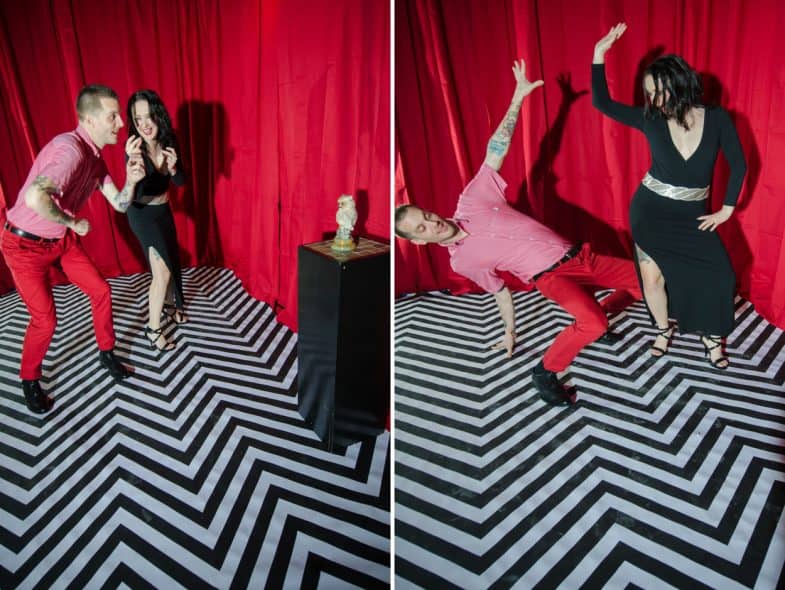 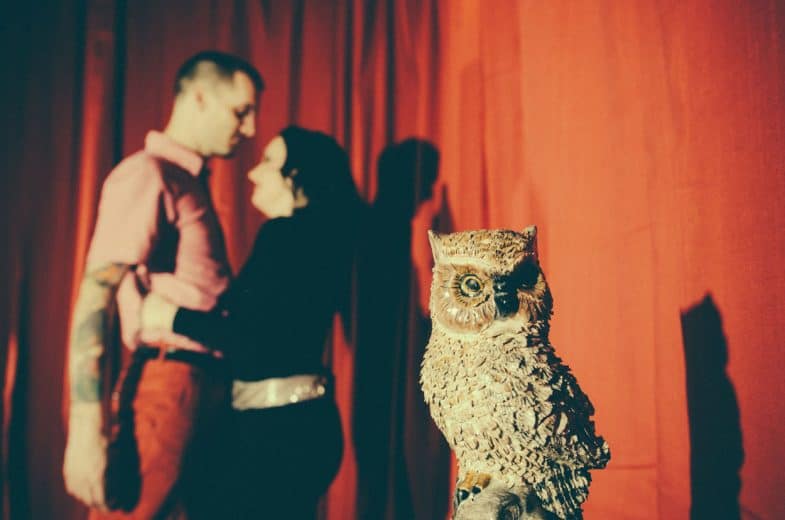 The owls won’t see us in here! Best use of the Secret Diary of Laura Palmer so far?

Congratulations on your engagement, Sam and Vedada! Now on to a Twin Peaks themed wedding?