Thanks to a Netflix streaming deal with CBS announced this morning, you will soon be able to add both seasons of Twin Peaks to your Instant Watch Queue. That means that for their base subscription rate of $7.99 per month, you’ll be able to watch any Twin Peaks episode from any computer or Netflix-enabled media player in the U.S. As you probably know, the show was previously available for streaming on the CBS.com website with commercial interruptions. The pilot episode is also available on instant! 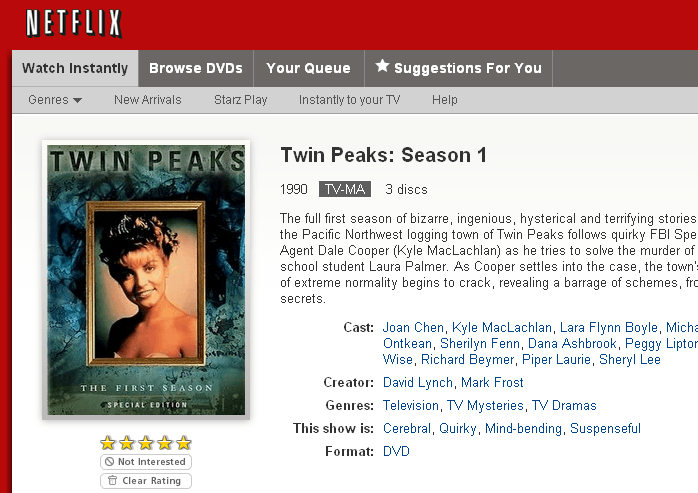 In addition to Twin Peaks, other shows that will become available beginning early April include: