Here’s a tip for Dune fans, and according to a recent poll by Welcome to Twin Peaks that’s more than half of you. Original storyboard drawings for David Lynch‘s epic 1984 sci-fi movie based on the Frank Herbert novel are currently being sold on eBay, but you’ll have to move quickly as the auctions end today.

These are no copies, but the one-of-a-kind 8.5 x 11″ pencil illustrations dating from 1983. Although George Jensen and Ron Miller were also credited as illustrators for Dune, I believe most of these are the work of deceased artist Mentor Huebner who worked on many classics such as Blade Runner, Bram Stoker’s Dracula, Addams Family, Flash Gordon, Forbidden Planet, Karate Kid, The Never Ending Story, The Thing, and West World.

David Lynch usually doesn’t work with storyboards “because they lock one into specific shots,” but these were all made for the scenes involving special effects. Here’s the director talking briefly about the use of storyboards in a 1984 article:

“Of course, some sequences must be boarded to track with the opticals, but, their look can be altered. For example, after I arrange the actors and sets according to the boards, I’ll add smoke and various lights to enhance the atmosphere. I drove Raffaella crazy because I wanted new things all the time.”

“You see, in a way, every film is experimental. It’s said that Spielberg knows exactly what he’s going to do before he’s on the set. I believe it and I don’t. I use a script and storyboards like blueprints; they give me a solid structure on which to build. But what’s in the script and what’s out there – the real actors on the set with their props for the first time are two very different things. When those elements are finally in front of me, I begin altering the script to make the most effective use of them. Say a light blows out. Suddenly, there’s more darkness and something that freaks you out, generating an idea that was never in the script.”

Click the illustrations below to go the auctions on eBay, all ending tonight around 10 PM (EST).

[bctt tweet=”“It’s said that Spielberg knows exactly what he’s going to do before he’s on the set. I believe it and I don’t.”” via=”no”] 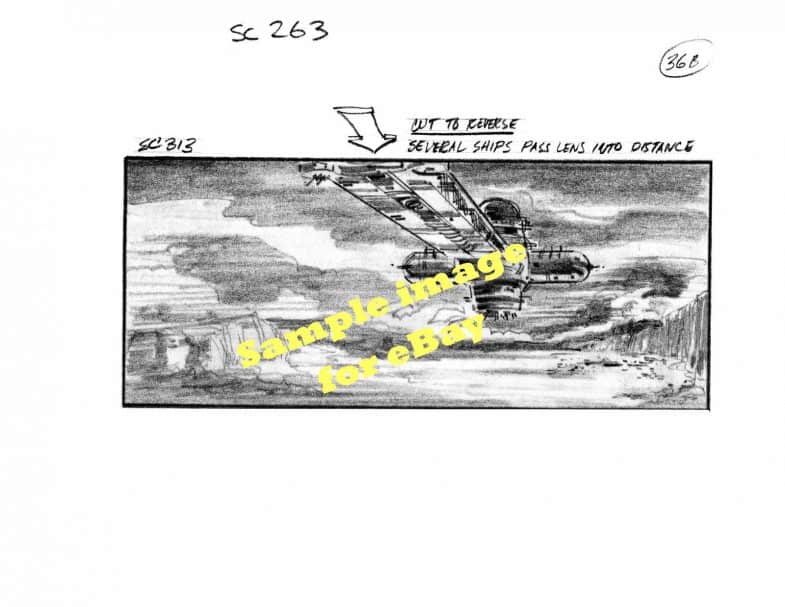 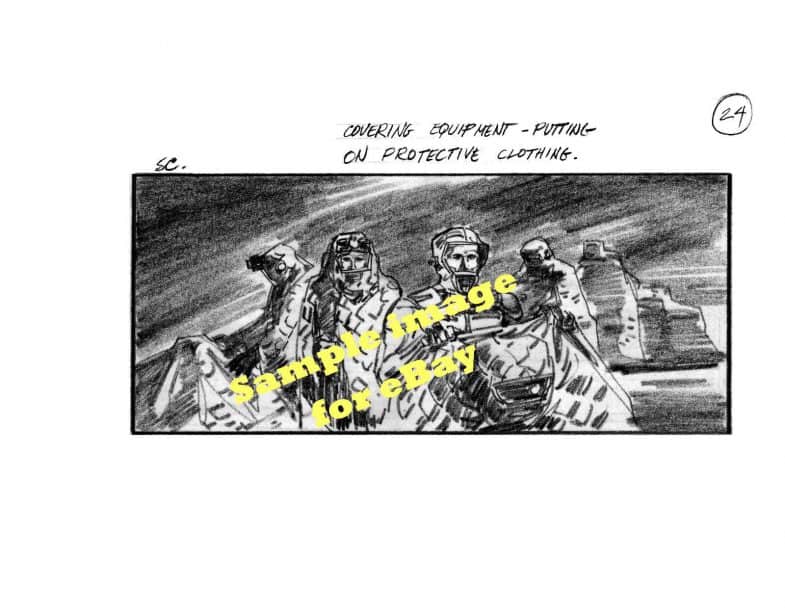 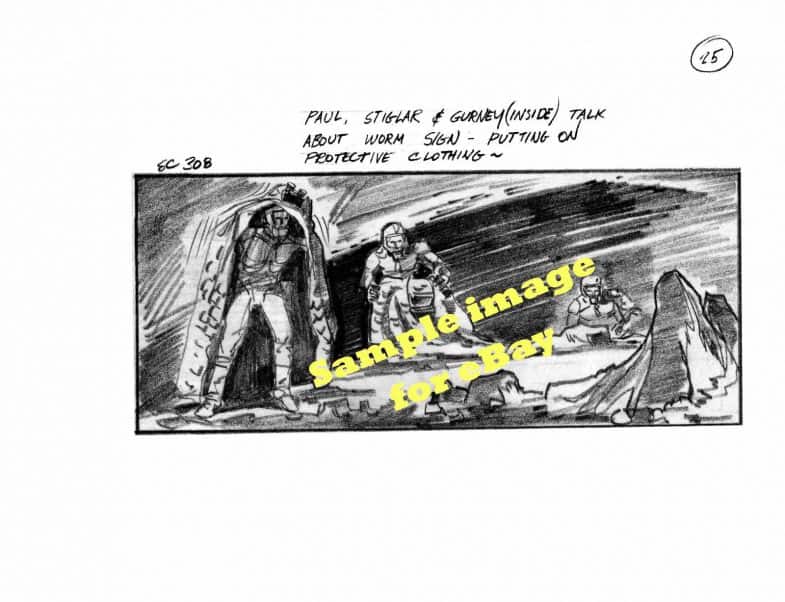 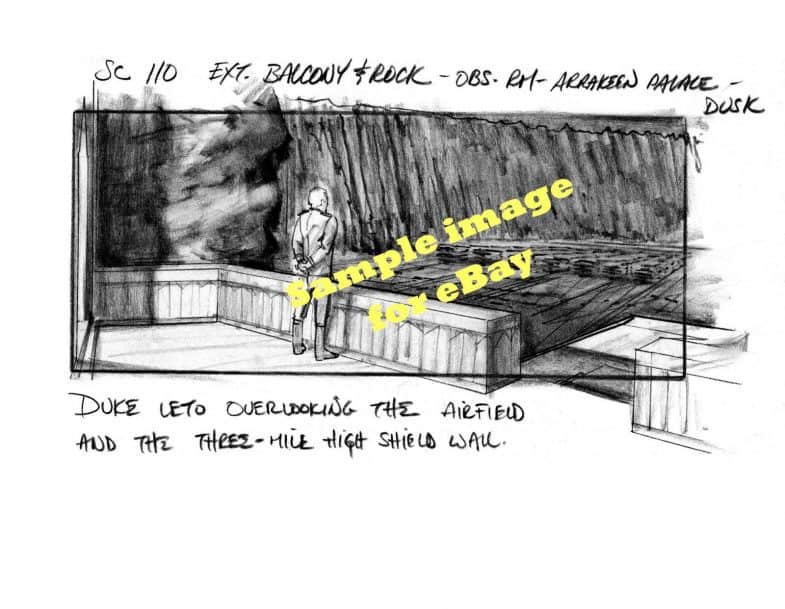 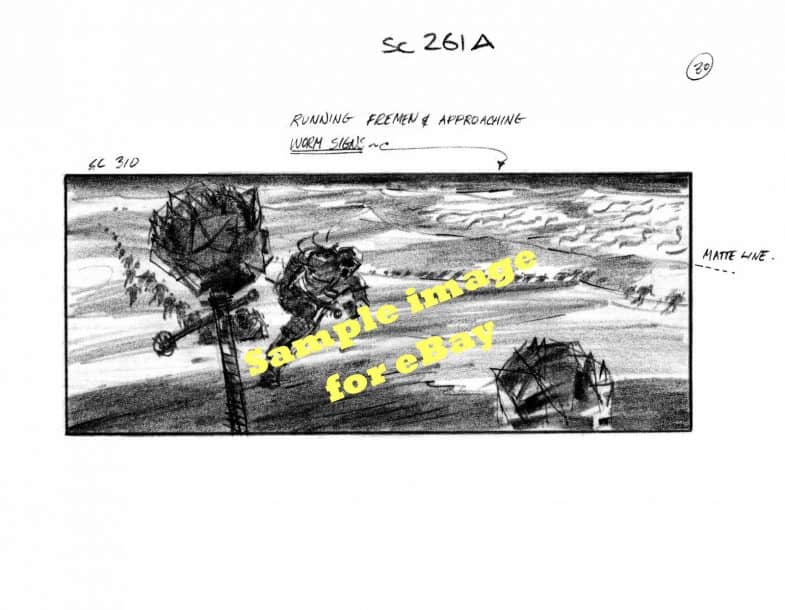 Dune scene 306, #140: Leave Gurney and go to the operator equipment 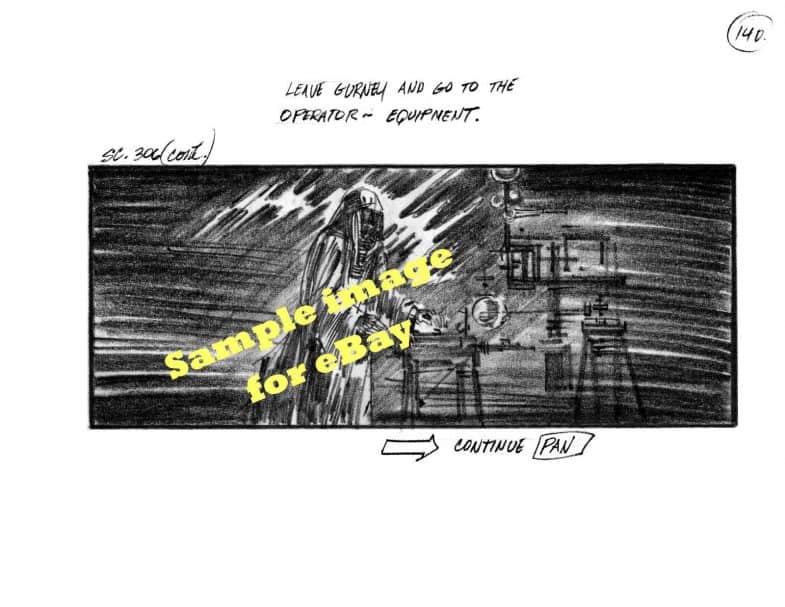 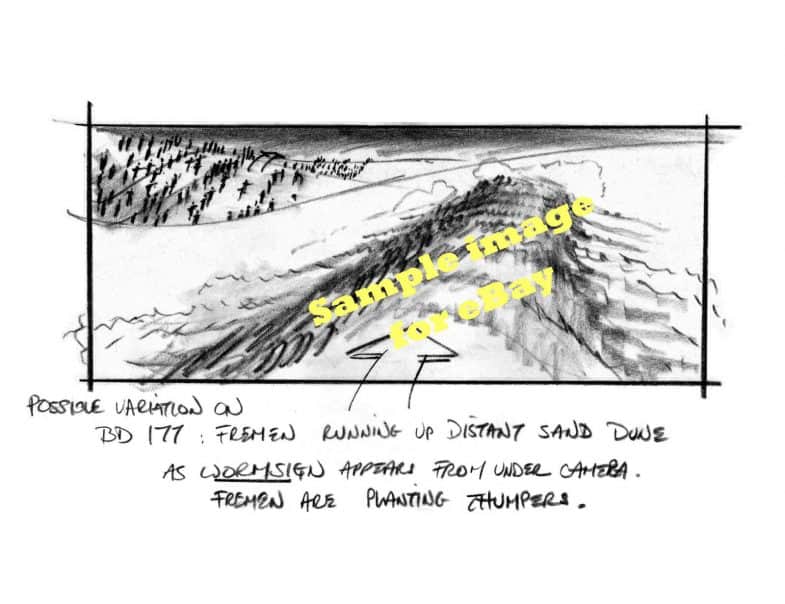 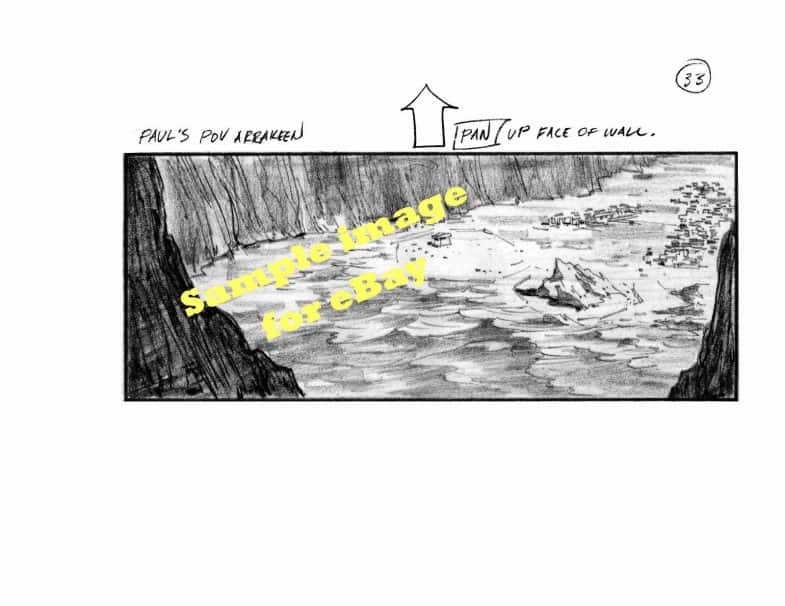 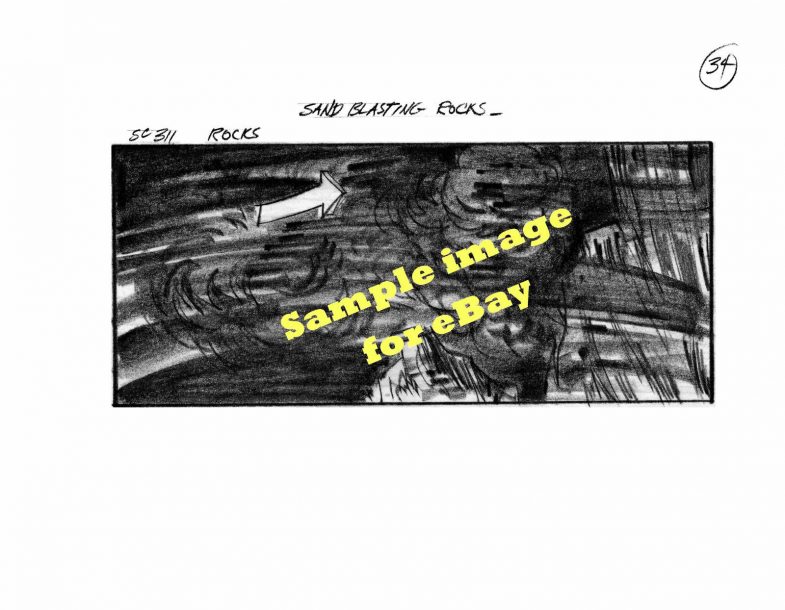 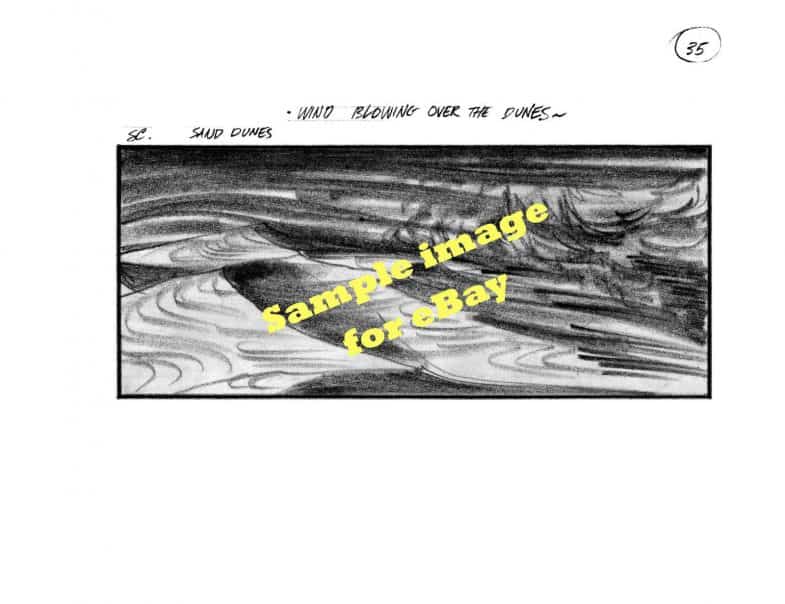 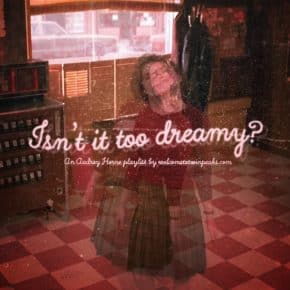 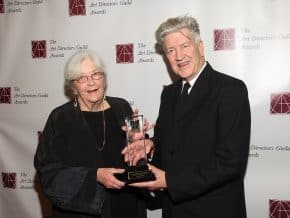