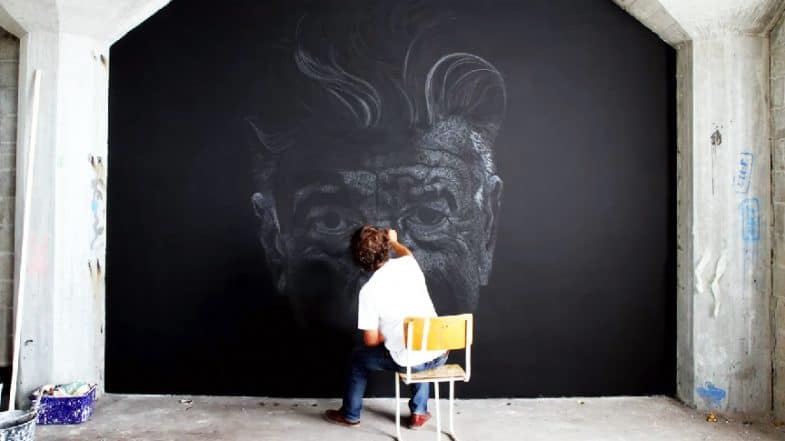 For four months, Dutch artist Maurice Braspenning worked on five massive portraits of independent movie makers on the walls of De Meelfabriek, a soon to be completely renovated flour factory in the city of Leiden in the Netherlands. The five directors are Clint Eastwood, Martin Scorsese, Jim Jarmusch, Tim Burton and David Lynch, and because they’re only temporary, the genesis of each of their 7 feet high portraits has been turned into 3-minute time-lapses for a public presentation at LIFF, Leiden International Film Festival from October 31 through November 9, 2014.

“I was studying at the Rietveld School of Art & Design in Amsterdam when I first watched Twin Peaks and Blue Velvet,” Maurice explains to Welcome to Twin Peaks when asked why he included David Lynch. “I have the feeling those images have nested in my brain and that they’ve had a larger influence on my work than any of the paintings I’ve studied.” Twin Peaks is the only show he’s ever stayed home for. “After watching the episodes with a friend, we always had the impression we looked differently at the world around us.”

“Some things we forget. But many things we remember on the mental screen, which is the biggest screen of all.”
—David Lynch

Using white pencil and chalk on blackboard paint, the artist describes the process of being able to “go deep into every corner of a face” as wonderful.

On Sunday, October 26th between 3 and 5 PM, Maurice’s five short films will premiere at the location where they were filmed. If you’re in the Netherlands and would like to attend this event, you can find more details on Facebook. 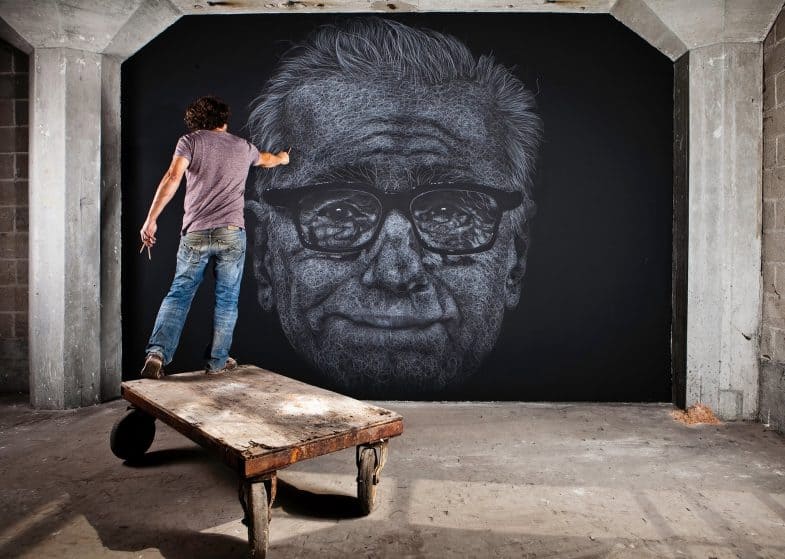 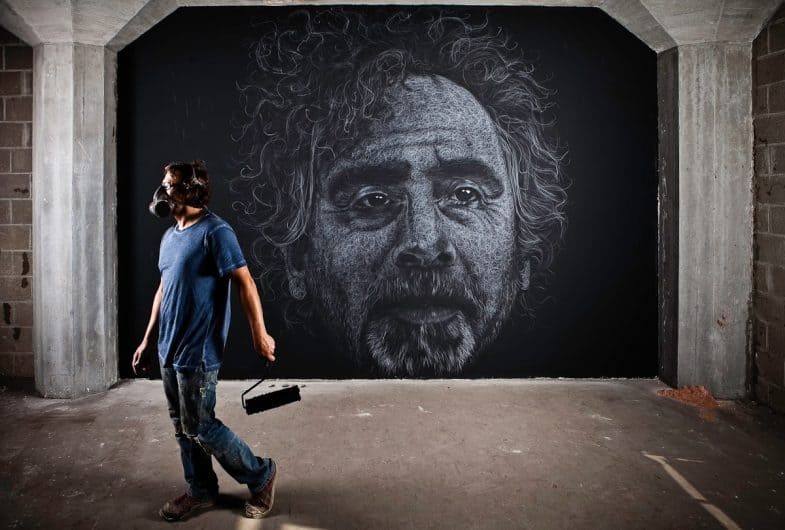