“A forest is what exists between its trees, between its dense undergrowth and its clearings, between all its life cycles and their different time-scales… A forest is a meeting place between those who enter it and something unnameable and attendant… Something intangible and within touching distance. Neither silent nor audible.”
—John Berger

Fine art photographer Ellie Davies was born in 1976 and lives in London, but she works in woods and forests all over the United Kingdom. With an approach not unlike David Lynch‘s, her ghostly forest photography will likely appeal to Twin Peaks fans: “The forests depicted in my work are those of the imagination, residual traces of real places amalgamated into single scenes by the passing of time. Exploring the fine line between reality and a constructed visual fantasy they draw on the strangeness that lies beneath the surface of the commonplace.”

“There’s a sort of evil out there. Something very, very strange in these old woods.” —Sheriff Harry S. Truman

These images explore the nature and meaning of ‘Forest’ by considering the experience of standing alone in the woods; the eerie and captivating sensation that time has slowed down and that the forest and everything within it exists in a different state.  Somehow set apart from our usual perception of linear time the wind drops, the air cools, all is quiet and still and the forest draws in.  To enter this other place is to accept a slowing of time and a shift in perception. 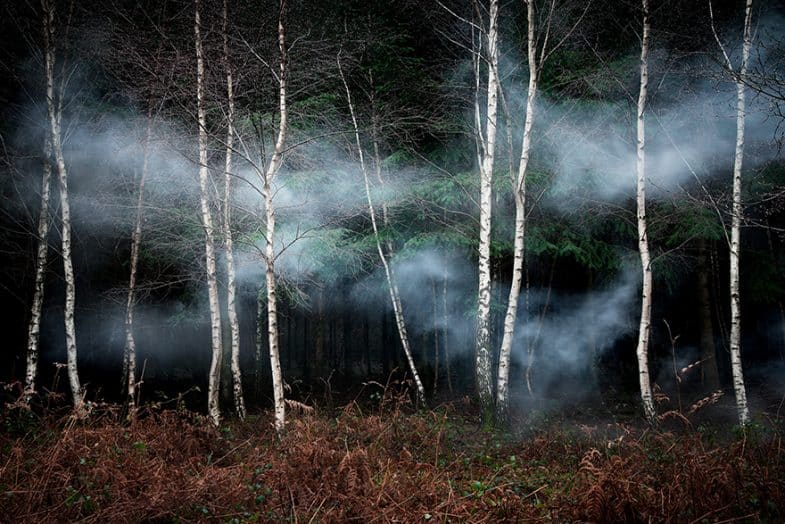 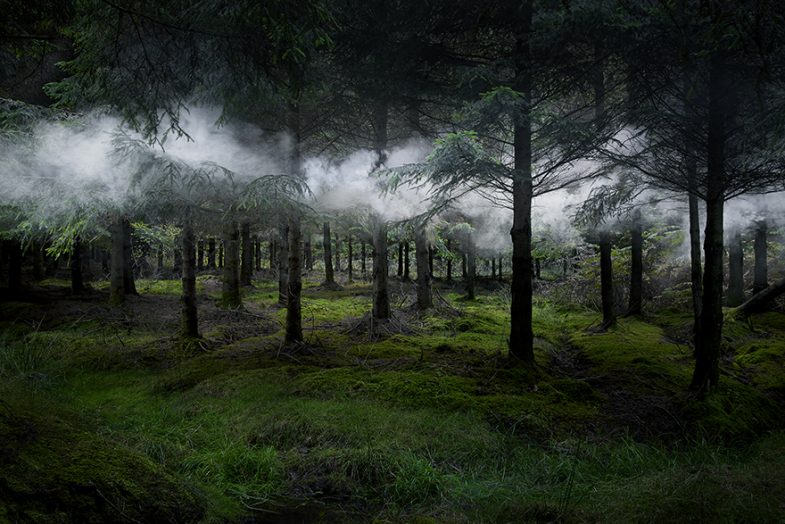 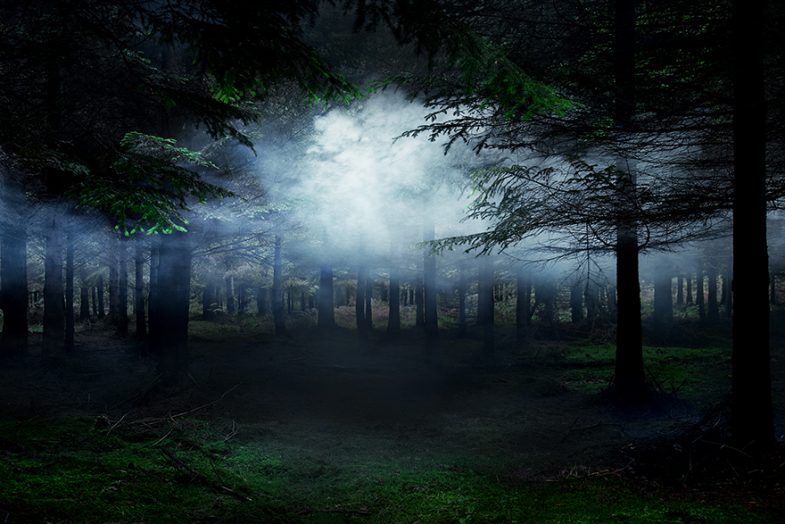 The swirling, hanging and drifting smoke allows us to observe time moving at an almost imperceptible pace, and to focus on the interior space that is very much part of the forest, guiding the eye away from the trees and allowing it to linger on this ‘betweenness’.  Suspended and still, the smoke fills the spaces between the trees reflecting this physical experience: the palpable and brooding cognisance of the forest, the muffled and flattened sound, the prickling sense of heightened awareness.  The mist fills the gaps to draw us into the spaces between. 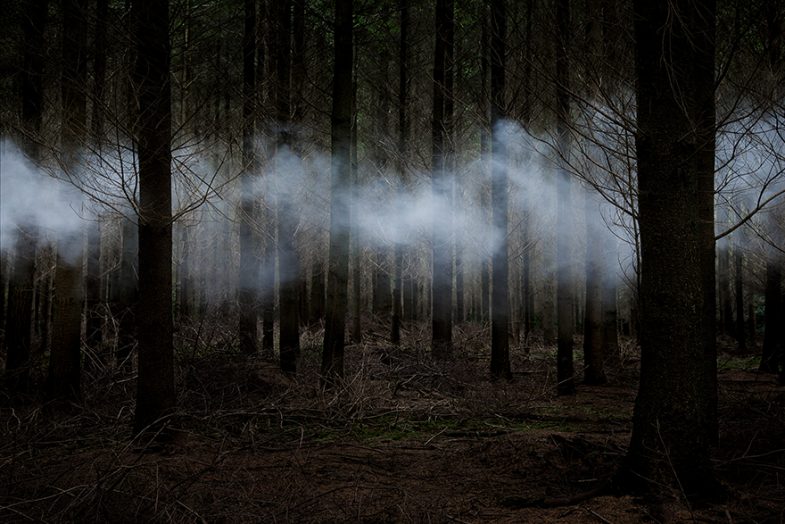 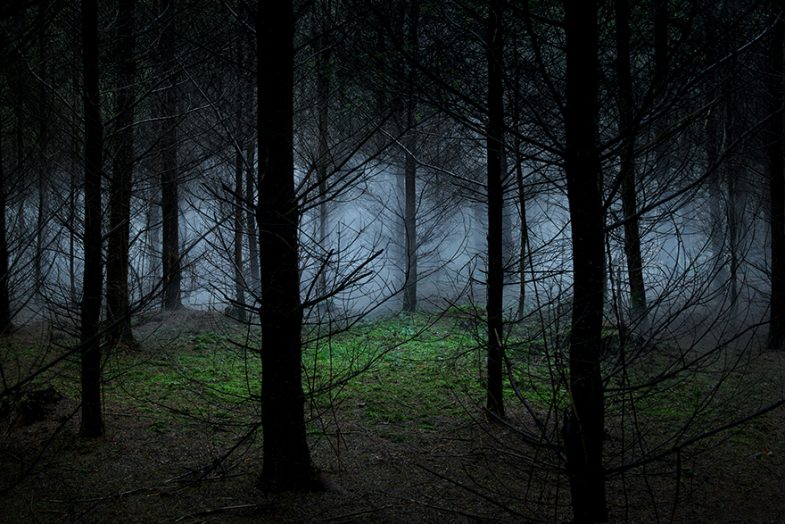 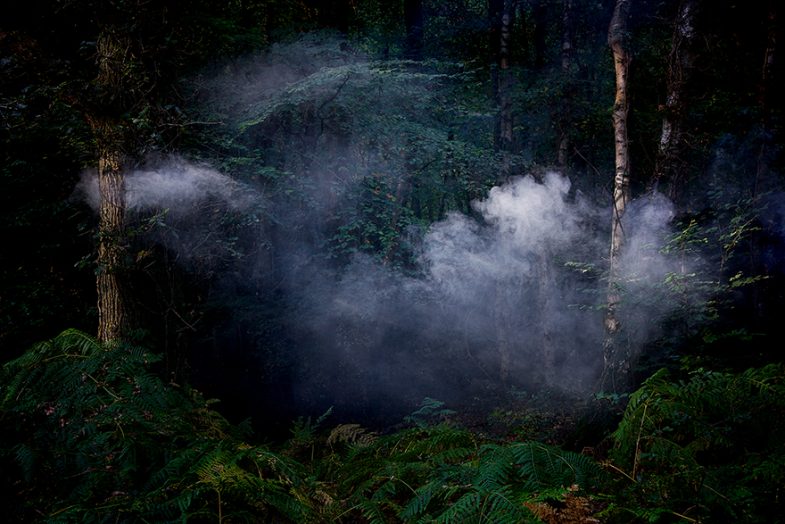 The long format of the images emphasizes the boundary line, the delineation between inside and outside, welcome and unwelcome, light and shadowed darkness, beauty and danger. Laden with anticipation and curiosity these forest-scapes draw on a more naive and fundamental perception of beauty, imbued with latent meaning, potentiality and expectation, whilst the tenuous and fragile nature of each boundary disrupts the status of a clear delineation between the actual and the virtual. 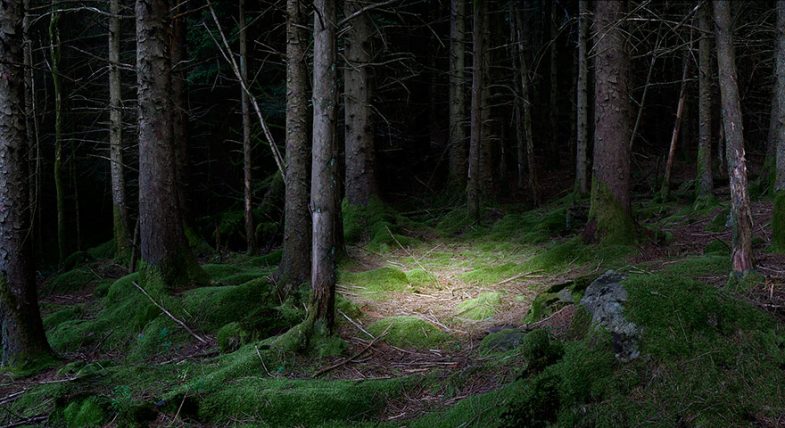 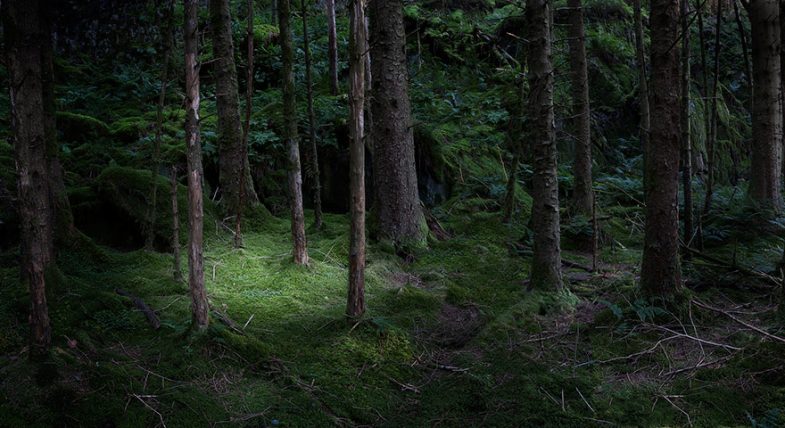 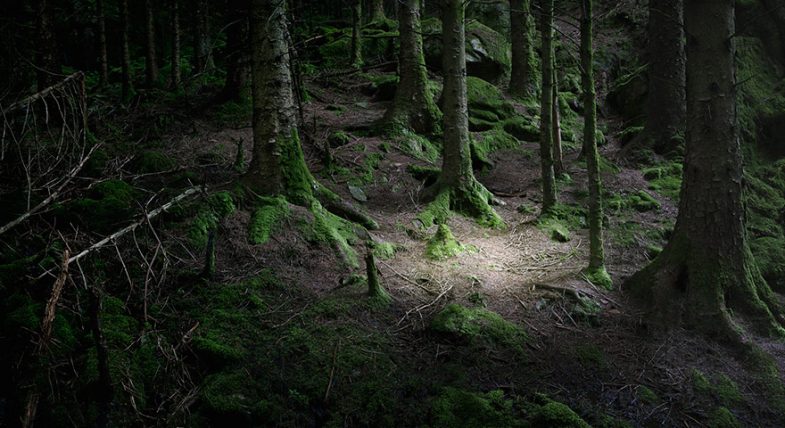 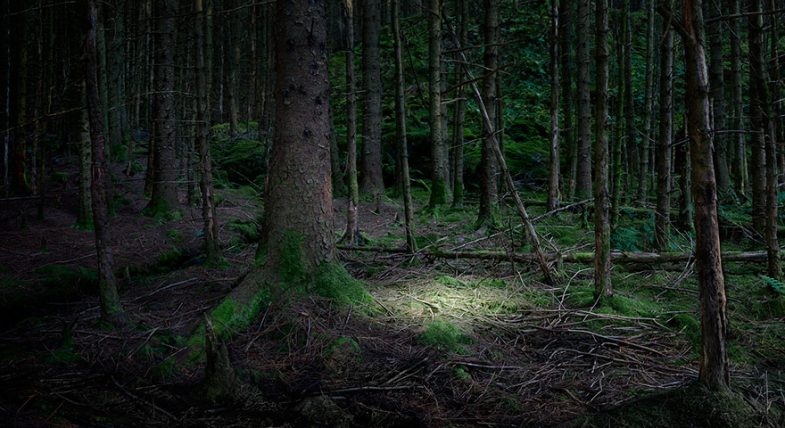 More work over at elliedavies.co.uk. Hat tip to my brother, Jef! 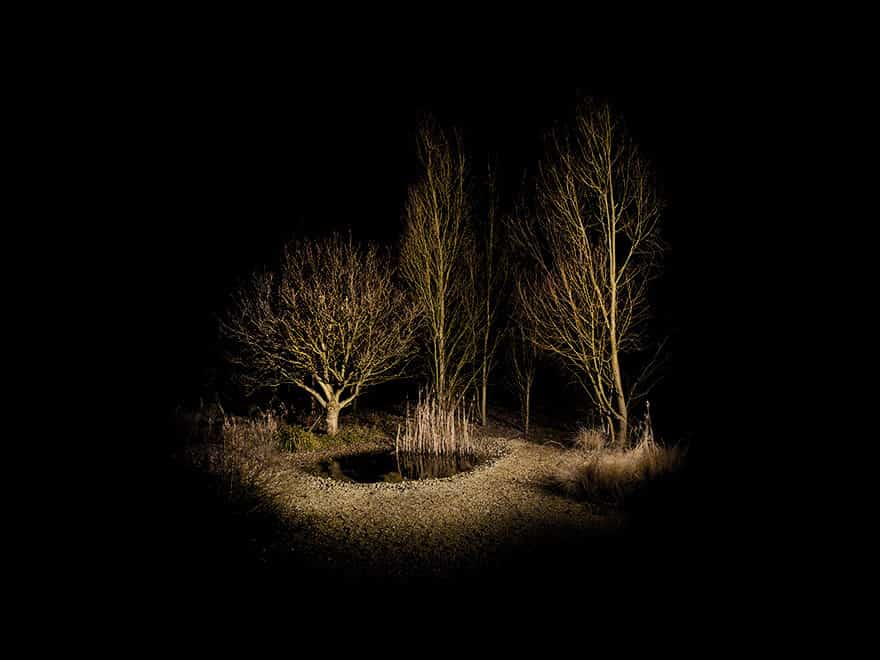