Stella Im Hultberg is, contrary to what her name might suggest, a South Korean born painter raised in Seoul, Hong Kong, Taiwan and California, and now living in Brooklyn. As one of the participating artists in the past In The Trees art exhibit, she drew inspiration from Audrey Horne for her contribution

I often found the dualistic identities of doppelgangers, dream-like story telling of David Lynch very relatable to my personal works, at least in concept if not visually obvious.

I thought the same when I watched Twin Peaks (well, i guess the duality theme is included in the title), how each character seemed to have dualistic characters, straddling two (or more) worlds. Just my take, that is.

Something about the character of Audrey Horne was very intriguing. A girl, on the verge of being a woman, a smart, sassy, mature character that also has that innocent naïveté. something just starting to sprout out that could either become either “black” or “white” (as in the lodges in the show).

I find that i’m very drawn to characters/people that reside in the in-between worlds. (maybe, probably because I identify with them). So I chose her to represent my impression of the show (though not a portrait, per se), although there could’ve been so many other facets to explore obviously. 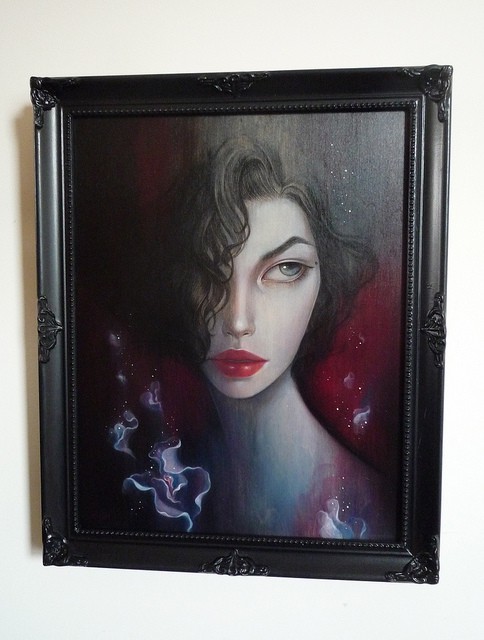