2013 is off to a brilliant start for Twin Peaks fans, particularly those in the Los Angeles area. The School of Cinematic Arts at the USC (University of Southern California) is hosting a complete Twin Peaks Series Retrospective over the course of the 2013 Spring semester. Seven Sunday afternoons, starting tomorrow January 27th through April 14th 2013, the film school will be screening every episode followed by in-depth Q&As with cast and crew, while coffee and pie and/or donuts will be served at intermission. A 35mm screening of Twin Peaks: Fire Walk With Me will take place on May 5th 2013.

Here’s an overview of the free screenings along with the stellar list of currently confirmed guests:

Tickets: Free but RSVP required and admission not guaranteed so come early. 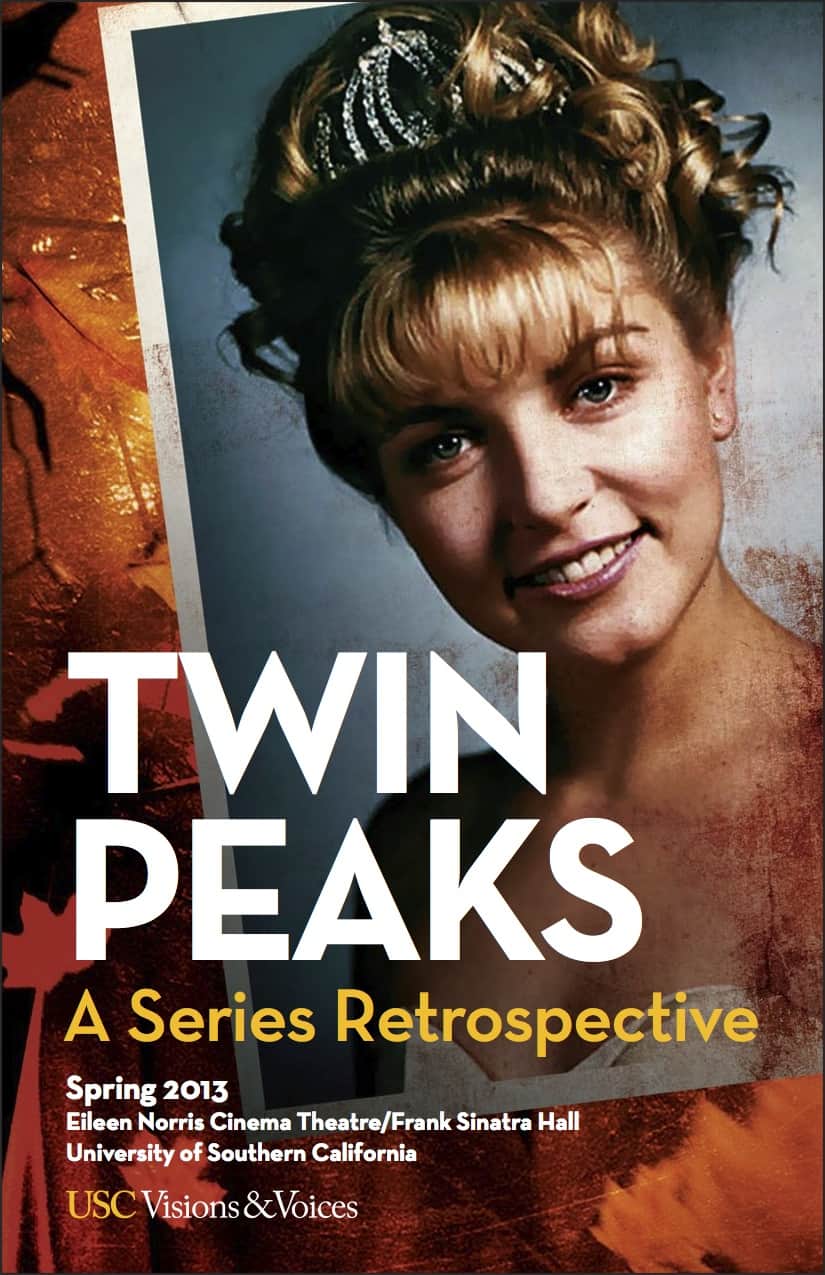 Twin Peaks Series Retrospective With Cast And Crew Q&As is peaking on Facebook with 1065 shares
Share it with your, excuse me, DAMN good friends