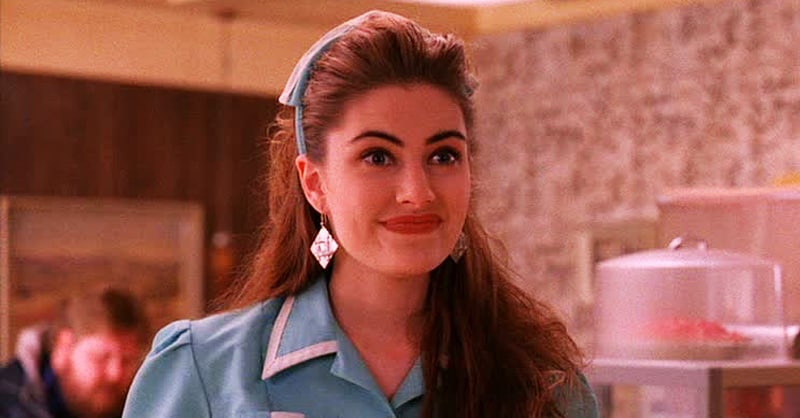 What’s the weirdest thing David Lynch asked Mädchen Amick to do? And what’s her favorite memory of working on Twin Peaks?  Lifetime’s Hayley Campbell (a big Twin Peaks fan herself) sat down for a video interview with the drop-dead gorgeous actress who played Double R Diner waitress Shelly Johnson and simply asked her all of that… and more! Did I already mention how stunning she looks?

What was the weirdest thing David Lynch ever made you do?

Did Twin Peaks change what you looked for in a role?

“Working on a show as weird and brilliant as Twin Peaks has got to have some kind of affect on how an actor picks out their next roles. Do they look for shows with giants and backwards-talking midgets?”
—Hayley Campbell

What’s your favorite memory of the Twin Peaks set?

It’s the 20th anniversary of Mädchen Amick’s first huge role: Shelly Johnson on Twin Peaks. We asked her what her favourite memory of the set was. Was it David Lynch being unable to pronounce her name? (Nah.)
—Hayley Campbell

Here’s a clip of Mädchen Amick in her most recent television role, as Aunt Wendy in Witches of East End. I should probably mention she’s naked in this.