An authentic Twin Peaks pilot script (“Northwest Passage”) signed by no less than 21 important Twin Peaks cast members just went up on eBay. The script, which dates from February 1989, features the original autographs of…

From the auction’s description:

I have probably dealt with more Twin Peaks cast & crew autographs than anyone. I’ve examined the autographs at length. This is no photocopy. The autographs are are in black, red and green ink. All have textured raised imprints on the autographs. Gently rubbing your fingertip over will tell you it’s not a photocopy. I’ve examined each autograph to other known legit examples and each is authentic. I have confirmed with a crew member that only 5 of these were signed for a charity event in 1990. I’ve actually seen one of the other ones. It has a slightly different lineup of cast members on it.

If you want to own one original Twin Peaks script, this should be the one. 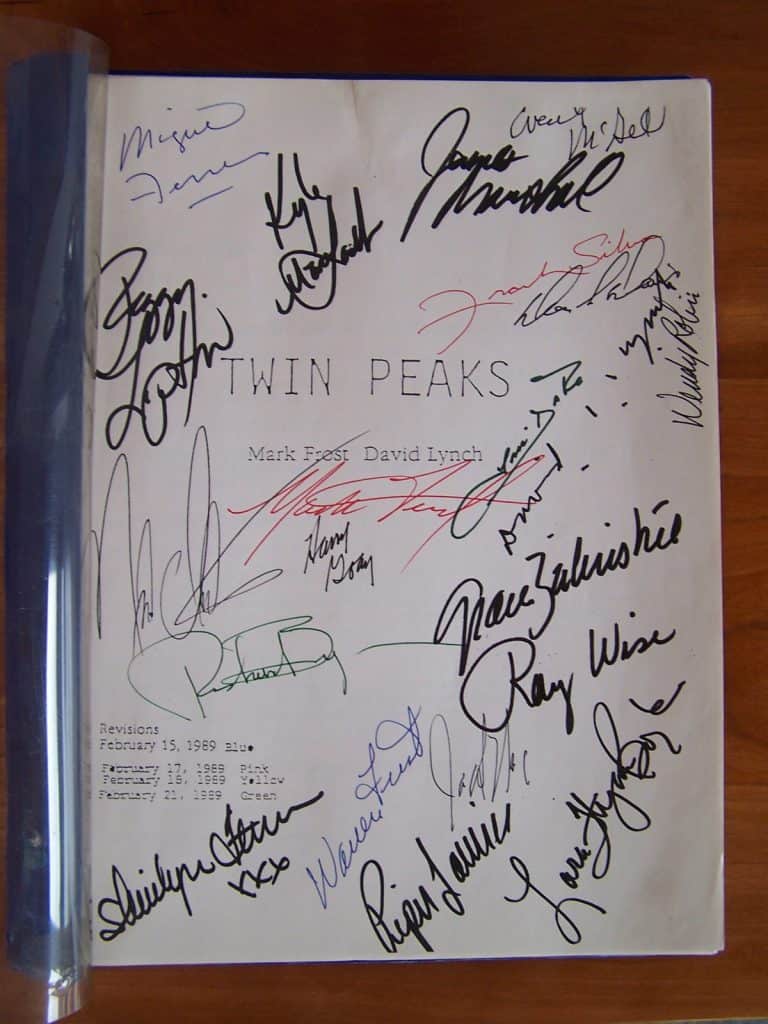