UPDATE: It sold for US $1,795. Grab a soft enamel pin version of the One Eyed Jacks poker chip instead!

I rarely sell original Twin Peaks props from my collection, so don’t let this opportunity pass you by. This is an original screen used poker chip from ‘One Eyed Jacks’. It can be seen on-screen falling out of Jacques Renault’s cuckoo clock in episode 5. It was also used on the One Eyed Jacks set. This chip was also used in various promo stills including the one of Catherine Martell (see photo).

This comes from the collection of a crew member on Twin Peaks. Included is a hand signed COA from that crew member. I only know of two other OEJ poker chips in private hands. Original props from Twin Peaks are very very scarce these days. It’s possible you will never again see one of these offered.

So go mortgage your house and place your bid here (starting at $1795).

CATHERINE: Why did you have this thousand dollar poker chip from you know where in your pants yesterday?

BEN: Jerry gave that to me.

She slaps him. He calmly pours himself a drink.

She slaps him again. He sighs.

BEN: Are you quite finished?

She slaps him again. Satisfied, a bit hot.

She hands him the chip. He grabs her and kisses her hard. Audrey is laughing so hard she has to cover her mouth and turn away from the peephole. 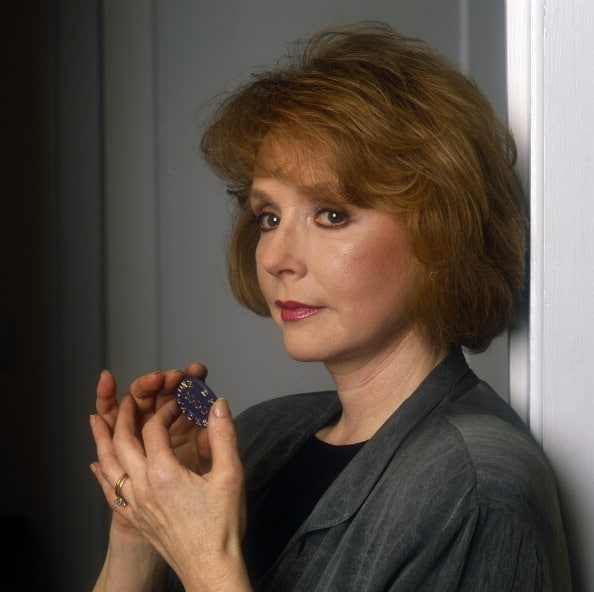