In support of his “Small Stories” photo exhibition currently on display at the Belgrade Culture Centre (Kulturni Centar Beograda) in Serbia, David Lynch participated in a public Skype session projected onto the cinema screen of KCB’s jam-packed theater. It marked the first public event where he would talk Twin Peaks since the perplexing finale on September 3rd.

While taking several questions from the audience face-to-face, the director declined to reveal the fate of Audrey Horne, whose very last shot in Part 15 was both abrupt and confusing. “What matters is what you believe happened,” he clarified. “That’s the whole thing. There are lots of things in life, and we wonder about them, and we have to come to our own conclusions. You can, for example, read a book that raises a series of questions, and you want to talk to the author, but he died a hundred years ago. That’s why everything is up to you.” In other words, and as noticeably demonstrated by the Twin Peaks discussion forum, we are all detectives.

Whether there will be a 4th season of Twin Peaks is too early to say, he told the crowd, adding that if the series would continue, fans would have to be extremely patient. Again. “It took me four and a half years to write and film this season.”

Parts of the Skype session are embedded below. The featured image was taken from a video David Lynch filmed to promote a fundraiser for the David Lynch Foundation.

“Picture a tree just floating in the air…”

David Lynch’s reasons to fall in love with ideas 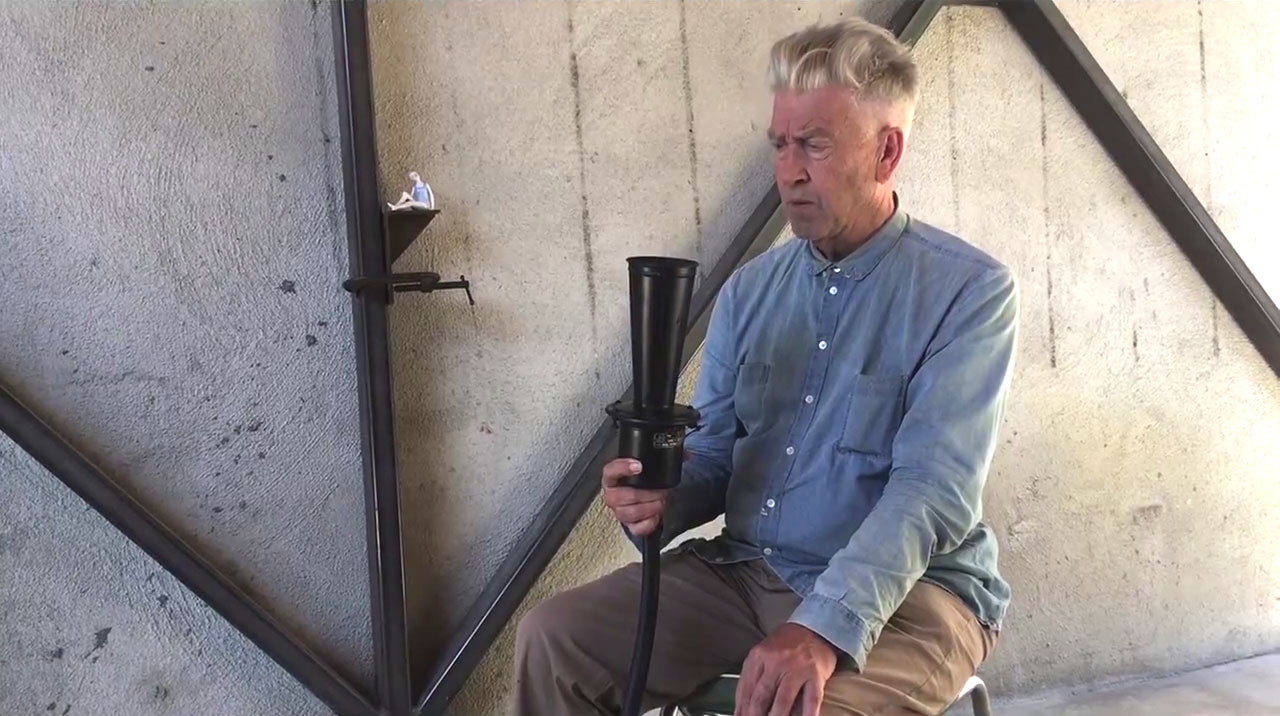