Avant-garde composer and conductor Krzysztof Penderecki passed away on Sunday, March 29, 2020. He was 86.

The Hollywood Reporter reports Penderecki died of a ‘long and serious illness’ not associated with the new coronavirus, although his caregiver was diagnosed with COVID-19. The composer won the prestigious Lifetime Achievement Award at last year’s World Soundtrack Awards, and was still active until he recently had to cancel two performances in Zürich due to his illness.

Most of us were introduced to Penderecki’s music through Stanley Kubrick’s The Shining (1980), which features six of his compositions, and four works by David Lynch from an early short in 1967 to Twin Peaks: The Return in 2017.

In the minds of Twin Peaks fans, Threnody for the Victims of Hiroshima will forever be associated with the black-and-white CGI dramatization of the Trinity Test generally interpreted as ‘the birth of evil,’ but Penderecki did not compose the piece with an atomic bomb in mind. It was originally titled 8’37” (its exact length) as an homage to John Cage’s 4’33”. When the composer first heard an actual performance of his work featuring 52 string instruments (24 violins, 10 violas, 10 cellos and 8 basses), he was so struck by its emotional charge that he decided to dedicate it to the Hiroshima victims.

“Threnody for the Victims of Hiroshima” in Twin Peaks: The Return Part 8

Animated Score for “Threnody for the Victims of Hiroshima” 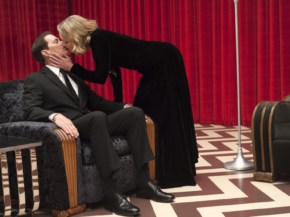 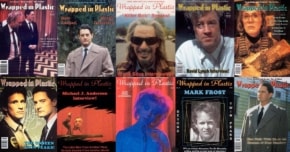