Most Twin Peaks fans have at least heard of Wrapped In Plastic magazine. Many of you own a few copies, and some die-hard fans out there have spent years to hunt down every physical issue. From now on, you can easily start or complete your WIP collection because all 75 issues have been digitized and published as high-quality eBooks on Amazon!

The classic Twin Peaks fanzine created by John Thorne (now at BRM) and the late Craig Miller ran from 1993 until 2005 and covered everything Twin Peaks and David Lynch (and after a while, some of The X-Files) through interviews (DAVID LYNCH! MARK FROST!), essays (“Dreams of Deer Meadow”), and in-depth analyses. Contributing editor John Mitchell recently took on the task to scan and convert all of WIP to eBook so everyone can download the legendary magazine to their phones or tablets at just $2.99 per issue, instead of $10+ each as they then to go on eBay.

Get Wrapped In Plastic Magazine for Kindle (Amazon)

What was your favorite WIP issue and/or article? Did your letter ever get published? Shared your Wrapped In Plastic memories in the comments!

Wrapped in Plastic Magazine was a bi-monthly magazine devoted to analysis and critique of the works of David Lynch and other artists associated with the television series, Twin Peaks. WIP regularly featured in-depth analyses of films (and other projects) by Lynch, interviews with Twin Peaks actors, writers, and producers, news on projects by Lynch and other TP alum, a letters column, and news on the television series The X-Files. 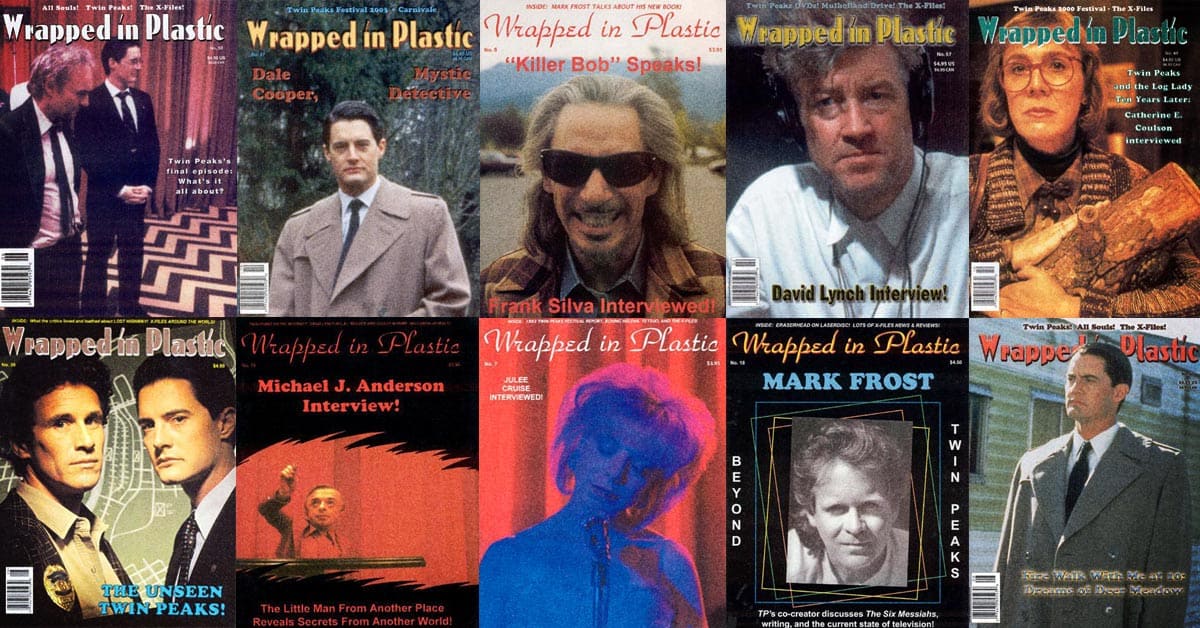 Legendary Twin Peaks Fanzine “Wrapped In Plastic” Goes Digital: Download All 75 Issues is peaking on Facebook with 5710 shares
Share it with your, excuse me, DAMN good friends