The Reykjavík Grapevine, a free alternative magazine published in Iceland, has asked the band members of Gus Gus and FM Belfast to dress up as Twin Peaks characters for the cover of their June 17-30 2011 issue.

Describing the popular bands as being “some sort of Twin Peaks of Icelandic electronic music”, the musicians were meticulously transformed into The Giant, The Log Lady, Nadine Hurley, Killer Bob, the ghost of Bob, Sheriff Harry S. Truman, Special Agent Dale Cooper, The Man From Another Place, and erm… some sort of Laura Palmer. Here’s the resulting picture by Hörður Sveinsson: 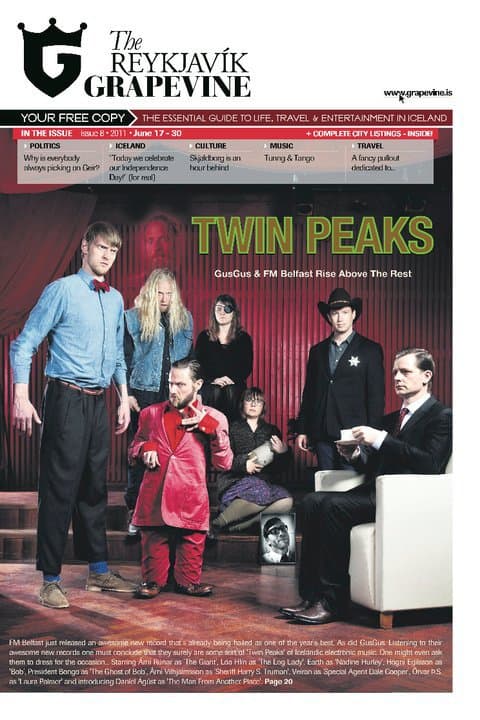 The magazine will probably be available for download soon at this location. The previous issue has “It’s happening again” on the cover. Another TP reference?

And here’s a video giving you a behind-the-scenes look at the photo shoot.

UPDATE: More photos from the shoot…