Midnight in the Desert, a late night radio show on the Dark Matter Digital Network hosted by Tim Weisberg, has been celebrating 30 years of Twin Peaks this week every night between 9 PM and 12 AM PST with special guests Chrysta Bell, Amy Shiels, James Marshall and Michael Horse.

On Tuesday, Midnight in the Desert looked back on 30 years of Twin Peaks with Mark Frost and, of course, the co-creator was asked about the chances of a continuation. As always, his response was cautious with a hint of optimism:

We don’t ever try to tip our hand about anything with the show, so I’m not going to do it here. We have to wait and see. It took a long time for The Return to gestate and we’ll just see what the passage of time brings. We’ve been able to do other things. I wrote a couple of books that were in support of the show and kind of extended the margin of the show in some instances that people have responded to. There’s people going back and looking at the original series a lot. There’s a lot of material there, there’s over 50 hours of it, and a lot of supportive material as well. It’s a world you can live in even if we never make another frame of Twin Peaks. It’s been our, I think, pretty good policy to never say never. And just wait and see what happens.

That is indeed their policy: David Lynch responded with the exact same words in 2014, just a week before they announced the third season.

Regarding the difference in tone of The Return, Mark made the following remarks:

We put a lot of thought into it. We talked for a year before we wrote it. It took a year to write it. We kept talking about it, we kept rewriting it. There’s a lot in it, you know, it covers a lot of ground. I’m not sure many people were expecting the same Twin Peaks to come back like it was going to be some kind of exercise in nostalgia. I think our real fans thought it would not be that, that it would be something else. Because the gap of 25 years was built into the storytelling, obviously many things had changed and, among them, the people telling the story. Our concerns were different. The themes we were looking at were different. All of that is reflected in the show. I think it’s an older and somewhat sadder and wiser look at the world. It reflected the lives of the people who created the show and also the lives of all the people who populated the town, the actors. We saw them all age. We saw some of them leave us. It was a very emotional experience in a lot of ways because we had kind of a family that went through this experience together and here we were going through later stages of life with a lot of the same people.

Before you listen to the entire episode below, check out this trailer for David Bushman’s upcoming Conversations with Mark Frost, which digs deep into the Twin Peaks co-creator’s career. You can find the paperback and Kindle on Amazon.

Midnight in the Desert Hour with Mark Frost

Midnight in the Desert Hour with Chrysta Bell

Midnight in the Desert Hour with Amy Shiels

These episodes can also be streamed via hubhopper. 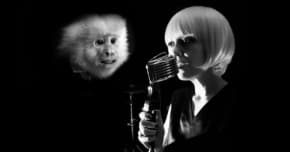 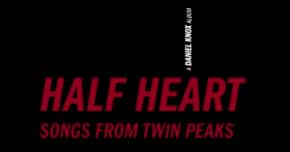