Back when fans were still anxiously waiting for new Angelo Badalamenti material, Johnny Jewel’s “Windswept” became the first recurring cue in the new Twin Peaks. Unofficially dubbed “Dougie’s Theme,” the melancholic, sax-driven instrumental debuted when a wandering Dale Cooper becomes captivated by a statue’s shoes during Part 5’s end credits. It can be heard a few more times in Part 6, and then disappears from the soundtrack like a Woodsman from a jail cell.

Record label Italians Do It Better recently uploaded an unreleased, slower version of the evocative cue. They also revealed that Mulholland Drive was a huge inspiration for Johnny Jewel when composing this and other music for the new series, and that ‘something special’ regarding the Twin Peaks sessions is planned for January the first half of 2018.

In addition to the previously unreleased track, I’ve also added a solid remix by Russian producer Acrone, currently available as a free download. 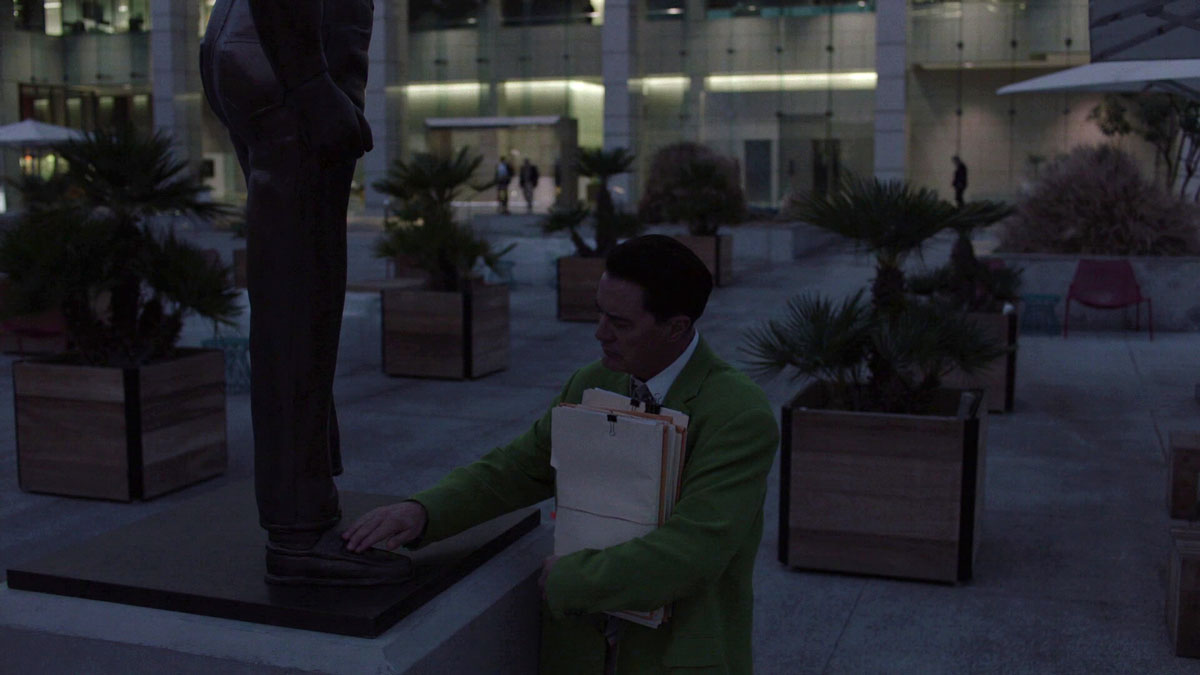 Previously Unreleased Version And Unofficial Remix Of Johnny Jewel's “Windswept” (AKA Dougie's Theme) has already gone places with 194 Facebook shares
You can just stay where you are, but please share this post