With a slight delay due to my trip to Iceland, I wanted to inform you about the most recent addition to the Twin Peaks Archive over at davidlynch.com. The Diary Bundle contains 5 previously unreleased songs from the series for $2.99:

Laura Palmer’s diaries serve an undeniably important role to much of the beginning half of the television series. They provide a vehicle for her voice from beyond the grave by offering secrets, clues and personality insight into what is the show’s simultaneously omnipresent, yet absent character. The keeper of Laura’s second diary, the agoraphobic Harold Smith, receives an appropriately delicate musical theme (included on the Season Two Music and More Soundtrack), with an even more fragile melodic structure and timbre. This haunting melody is showcased here in a version of his theme designated ‘The Living Novel.’ Similarly, Laura Palmer’s Theme receives a number of variations with similarly wistful and etherial tonal treatments.

Three different ‘lighter’ versions of this ever-present, chameleonic theme are included additionally within this bundle: the angelic ‘Ethereal Pad Version,’ ‘Ghost Version’ (of which the later half was used during James Hurley’s first sighting of Laura’s cousin Maddy), and a version dubbed ‘Letter From Harold.’ As a bonus, an additional half-speed version of ‘Harold’s Theme’ is included as it appeared in episode 18 of the series.

As always, fan-made cover designs are available here. And I didn’t see this background still appear in any slideshow before: 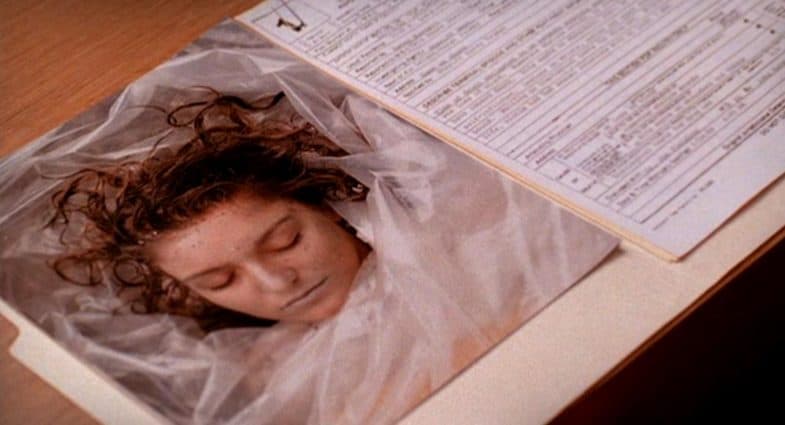