A “sweded” movie is a low-budget recreation of a popular film made by fans, using limited material and resources. And that’s exactly what longtime David Lynch-fan Fabien Chombart from Île-de-France did, when he took a camcorder and shot his own version of the feature film, Fire Walk With Me.

This is a first version. I’ve made it for an internet contest about sweded films (like a remake, with no money but with fun), but i’ve finished it too late. Anyway, i’ve made it and i’m really happy. It was so good. enjoy

Despite the lack of equipment, the French director’s 10-minute rendition called Twins Peak is still captivating enough to watch, if alone for the backwards talking scene in The Black Lodge. But by all means, judge for yourself:

The video stars Fabien Chombart himself, along with Roxane Sigre, Philippe Bourbon, Daniel Lederman, and Brice Blanqué,. Below are two bonus pictures taken on the set. 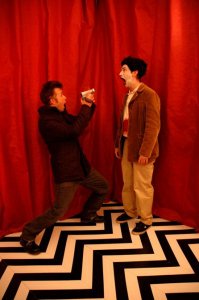 And here’s the DVD cover, sent in by the director himself: 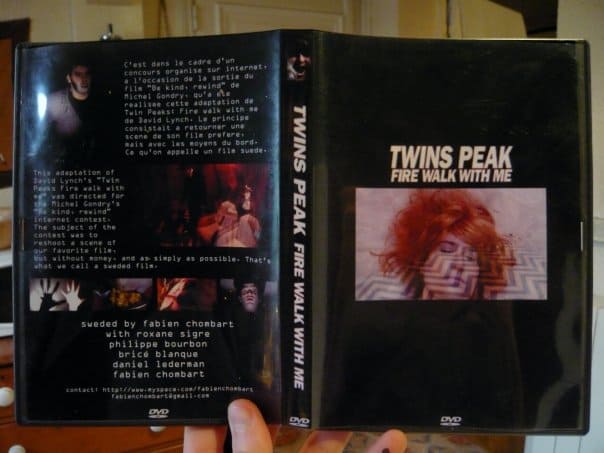