Four Academy Award nominations, one Palme d’Or and a Best Director award at Cannes. Which aspiring filmmaker wouldn’t want to follow in David Lynch’s steps? Writer, director and producer, Joe McClean, made a step-by-step guide on How To Make A David Lynch Film and disguised it as a David Lynch film in which a couple discovers a mysterious tape with a ’50s style instructional video.

McClean on How To Make A David Lynch Film:

It’s plain and simple. I watch David Lynch movies and I just don’t understand them. I decided I was going to try and figure them out so I stapled my eyes open and had a Lynch-a-thon. It didn’t help. I thought if I forced myself to watch, at some point it would just click and it would all make since. That never happened. I believe that good and bad are subjective terms so I allow others to spew forth praise and amazement at the genius of Lynch’s work, and I fully believe they have a right to their opinion.

This movie is my opinion.

Be warned that some parts of this short film are NSFW. And probably NSFDLF either (= Not Safe For David Lynch Fans.) 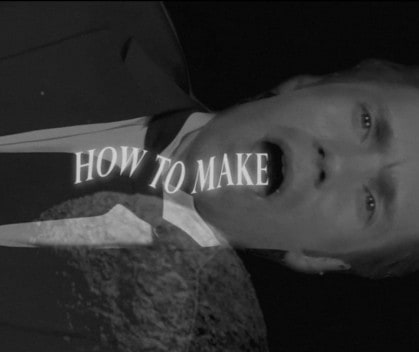