Kyle MacLachlan confirmed that cell phones have found their way into Twin Peaks, but in a David Lynch world of FBI offices, prisons and hotel rooms, stylish corded telephones are bound to appear in the new series. Just like they did in the original.

This supercut, courtesy of Showtime, shows a mix of vintage rotary landline phones, payphones, and even a giant wireless brick owned by one of the lucky few. There’s just one glaring omission: the series’ very first phone call made by Pete Martell (“Lucy, put Harry on the horn!”).

In another iconic phone call scene, David Lynch gave Charlotte Stewart (Betty Briggs) a pair of scissors to cut air while she was on the phone with Grace Zabriskie (Sarah Palmer). 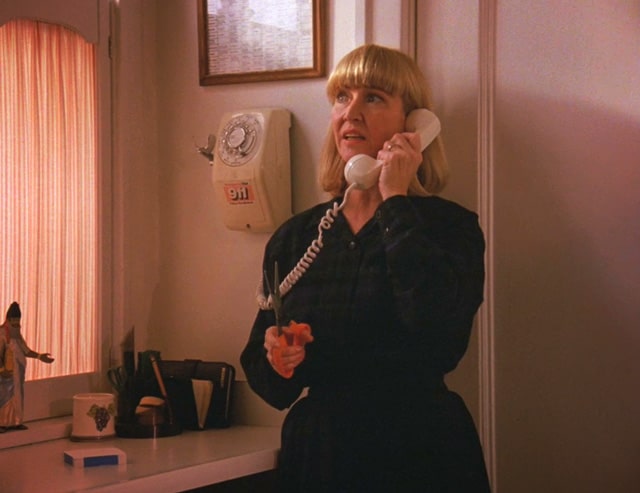