Twin Peaks: Fire Walk With Me premiered exactly 20 years ago in May 1992, both at the Cannes Film Festival and in Japan. While the movie was met with mixed reactions in France, it was a big hit in Japan, hot on the heels of ’92 blockbuster Terminator 2. Here’s a t-shirt I found (so it’s not my design), celebrating the 20th anniversary of the movie.

20 years of Twin Peaks: Fire Walk With Me (1992-2012). Special Edition design celebrating two decades of the incredible Twin Peaks movie. A must-have for any David Lynch fan. This exclusive one-off design incorporates coffee stains from the “damn good coffee” made famous by Kyle MacLachlan’s character Agent Dale Cooper, a signature slice of cherry pie from the local RR diner, and the zig-zag flooring from the Black Lodge. 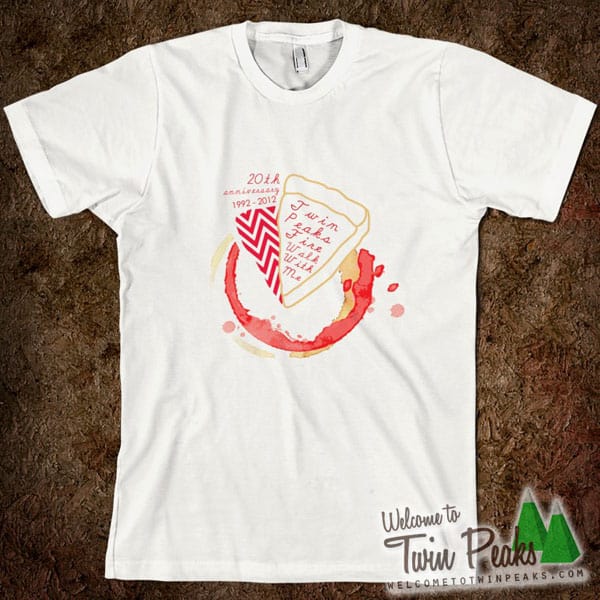