What’s better than a “Directed by David Lynch” t-shirt? 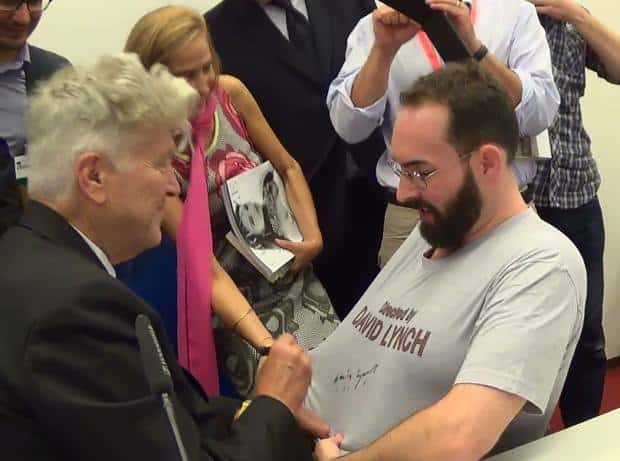 Right after David Lynch gave a press conference on the first day of the Lucca Film Festival in Italy, the guest of honor took some time to take photographs with attendees and sign their items. One of the fans in attendance, Matteo Marino who runs davidlynch.it, proudly wore his David Lynch/Twin Peaks themed t-shirt to the event and got up real close to his idol when the director smilingly put his signature on it.

I doubt Matteo will ever wear this t-shirt again though, now that is has been “directed,” autographed and touched by David Lynch.

By the way, if you’re interested in this t-shirt, it’s available over at Society6 and RedBubble. 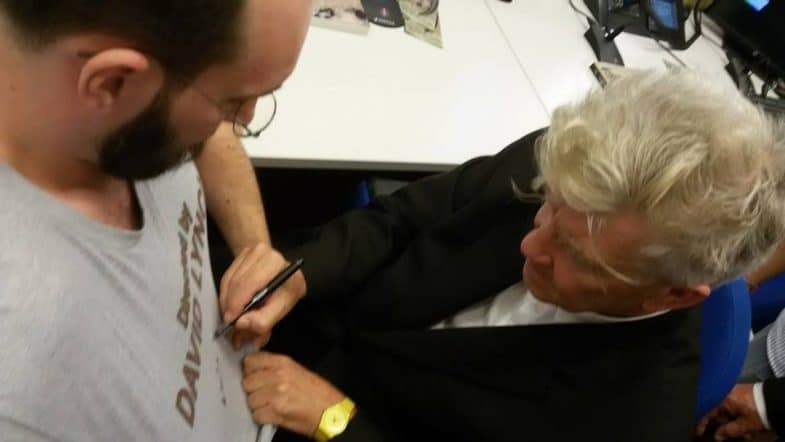 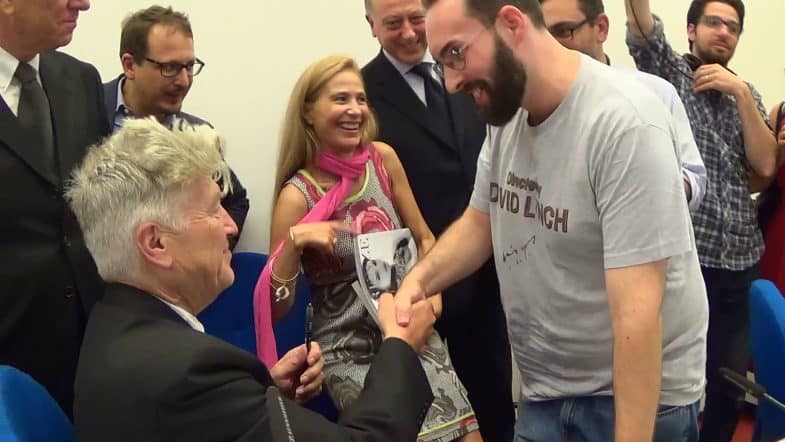 Thanks to Matteo for the video and photos!