He had no idea what he was doing but it was the long-denied attention and appreciation from Lynch that warmed him and made him glad to have featured in the show.

I interviewed Jimmy Scott backstage at Yoshi’s in San Francisco in February 2010. It was a challenging interview as he was hard of hearing but he was such a warm, genuine and humbling man to be around.

His life encompassed everything from a close friendship with Billie Holiday and Charlie Parker to appearing in a Madonna video and of course Twin Peaks Episode 29. More traditional actors approach a scene with the need to know ‘what’s my motivation?‘, Jimmy enjoyed working with David Lynch because of how he simply wanted Jimmy to be Jimmy but in a wholly alien environment. Jimmy’s appearance was part of Lynch’s rewriting of the final episode, and, according to Jimmy who had no knowledge of the series, he was brought in at short notice. It works because of Jimmy’s disconcerting appearance, his voice and his phrasing. When I interviewed him about it he said he had no idea what he was doing but it was the long-denied attention and appreciation from Lynch that warmed him and made him glad to have featured in the show.

Ever since he began working as a singer in the 1950s he’d been considered strange and an outsider. Born with Kallmann Syndrome, a rare genetic disorder that prevented him from reaching puberty, Jimmy was the closest thing to a modern day castrato. That he sang with the most languid phrasing of any singer anywhere also set him apart. His few successes seemed to come from fans going out of their way to give him opportunities. Ray Charles oversaw the release of his debut album 1963’s Falling in Love is Wonderful, which was hastily withdrawn due to the threat of a lawsuit from Savoy Records’ head Herman Lubinsky with whom Jimmy had inadvertently signed a lifetime deal. His following album, 1969’s similarly mesmeric The Source met the same end. After decades in obscurity, a performance at the funeral for friend Doc Pomus brought him to the attention of Seymour Stein, owner of Sire Records, and Lou Reed, both of whom began working with him. It was during a recording for his comeback album All of Me in 1991 that Lynch overheard him and wrote him straight into the show.

As one of a dozen odd people at Billie Holliday’s funeral, a singer at both Eisenhower and Clinton‘s inaugurations and described by the New York Times as ‘the most unjustly ignored American singer of the 20th Century‘, Jimmy was always more than a surviving link to the golden age of jazz. In many ways Jimmy represented exactly what Lynch saw in him; a strange wonderful man in a strange wonderful world.

Andy Hazel is a freelance journalist and Peaks Freak based in Melbourne, Australia. 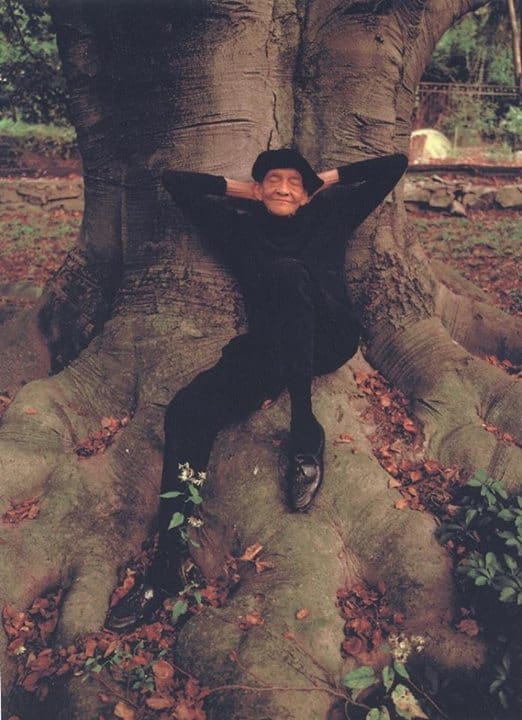 David Lynch Simply Wanted Jimmy To Be Jimmy. In Memoriam: 'Little' Jimmy Scott is more popular than Uncle's Day at One Eyed Jack's with 228 shares on Facebook
Spread the word and share