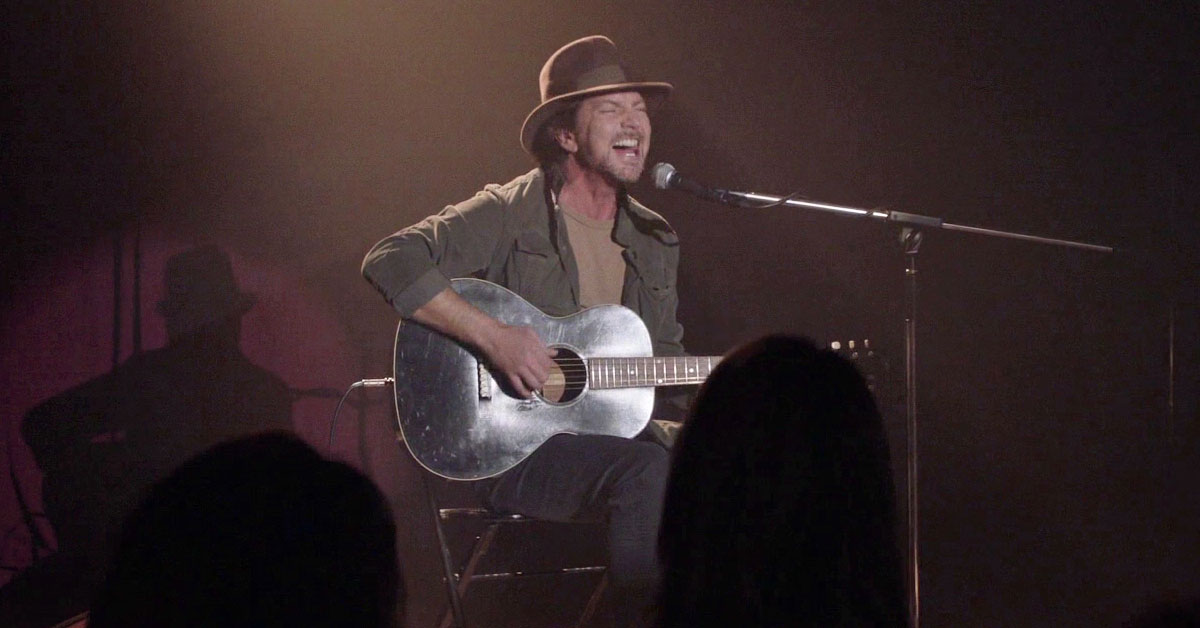 Exactly one year after premiering the song live at the Ohana Festival in Dana Point, CA, on August 27, 2016, Eddie Vedder took “Out of Sand” to the Roadhouse stage in Twin Peaks, WA. Despite David Lynch meeting and interviewing the singer in 2009 for a David Lynch Foundation event, music supervisor, Dean Hurley, revealed to KEXP that it was really Laura Dern who brought Pearl Jam’s leading man into the world of Twin Peaks as Edward Louis Severson (yes, that’s Vedder’s birth name).

Honestly, I think one of the unsung heroes bringing him into the fold was Laura Dern, actually. [Eddie] and Laura are really good friends … and I think Laura was planting that seed in David’s mind.

Lyrics like “Now it’s gone, gone / And I am who I am / Who I was I will never be again” seem to allude to Part 16’s Dale Cooper and Audrey Horne story lines, but Vedder was unaware of any specifics when writing the song and just based it on a vague phone conversation with Dean Hurley:

[Eddie Vedder] was asking me about the show and I didn’t know what to say. I mentioned a few abstract themes from the show to him, but after just mentioning those few items, he was just like, “Sounds like we’re throwing darts at the wall.” He’s an amazing darts player because the first dart he threw, David listened to it and said, “It’s great, it’s going into the Roadhouse like that, I love the song.”

It oddly does unknowingly touch on some feeling and vibe of the show in terms of the lyrics and overall abstract theme of it all.

The song will be on the Twin Peaks (Music from the Limited Event Series) soundtrack out September 8, 2017, which you can pre-order it via Amazon.

Edward Louis Severson – Out Of Sand

Eddie Vedder – Out of Sand (lyrics)

Now it’s gone, gone
And I am who I am
Who I was I will never be again
Running out of sand

I stare at my reflection to the bone
Blurred eyes look back at me
Full of blame and sympathy
So, so close
Right roads not taken, the future’s forsaken
Dropped like a fossil or stone

Now it’s gone, gone
And I am who I am
Who I was I will never come again
Running out of sand

A drunk octopus wants to fight
Fearful of dreams, there’ll be no sleep tonight
Fine at dinner, dead by dessert
Victim or witness, we’re gonna get hurt
A fragile existence with echoes of wrath
I can’t stop the bleeding nor the tears from thine eye
There’s another us around somewhere with much better lives
With God as our witness but he won’t testify

Hat tip to PearlJamOnline.it for the handwritten lyrics. 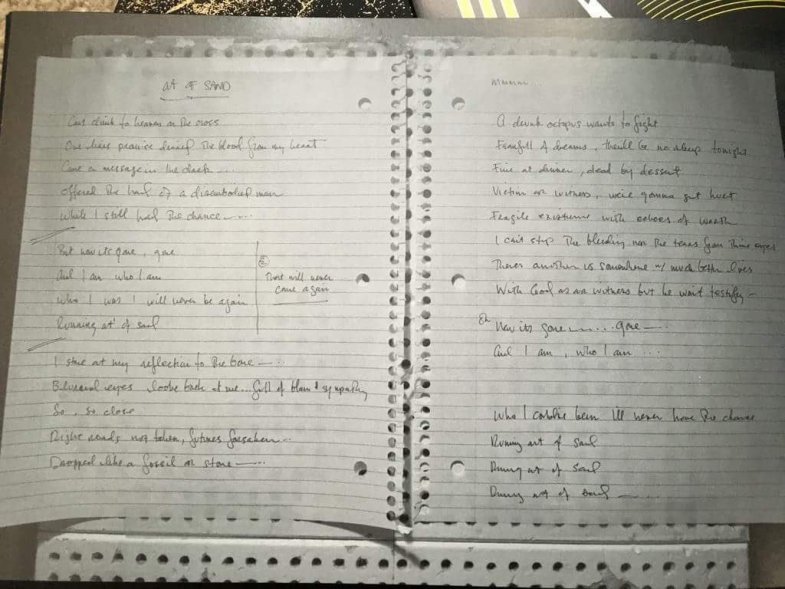 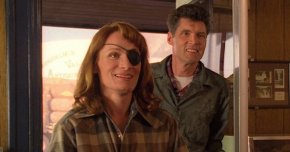 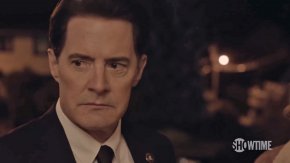