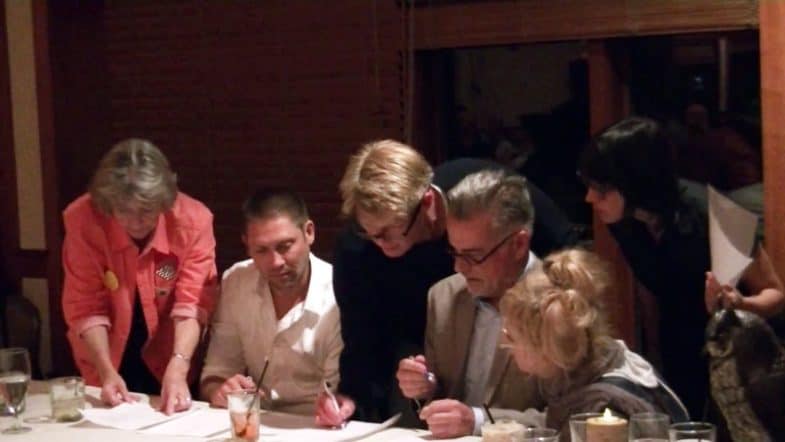 Twenty-eight Twin Peaks Festival attendees participated in its annual costume contest this year. From a smoked cheese pig to Lucy and Andy’s 25-year-old child (non-identical twins, it turns out), the fans certainly put a lot of thought and effort in their outfits. One of them took the cake, the first prize being a free ticket to next year’s festival: Fenchurch Alexander from Seattle, WA, as the life-size Audrey Horne Action Doll. 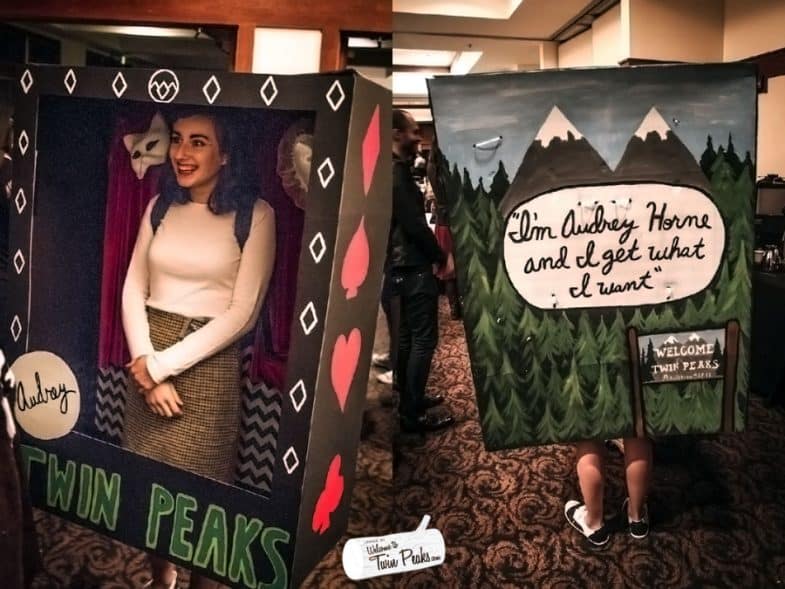 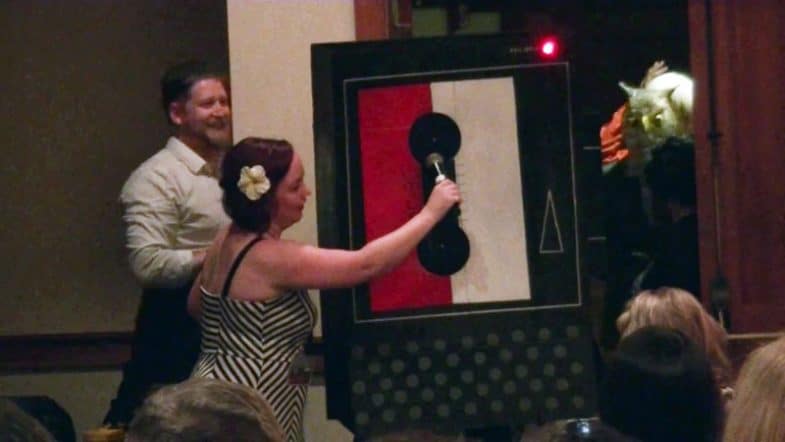 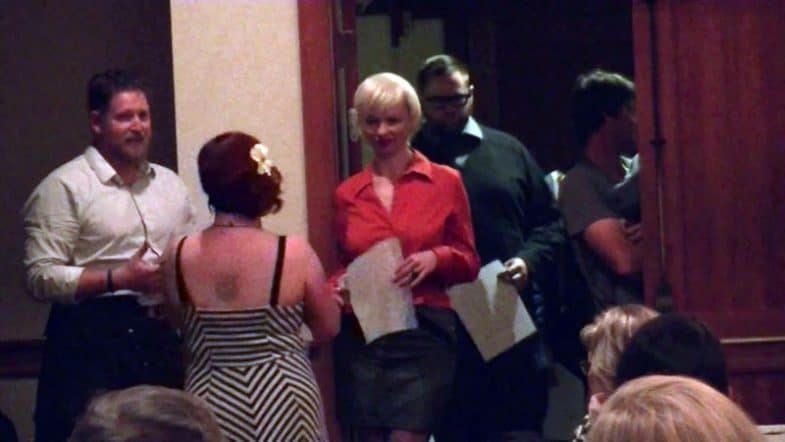 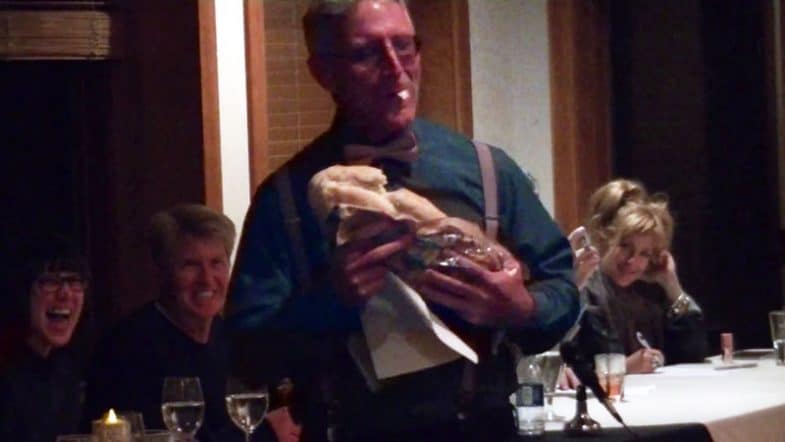 Jerry Horne back from Paris 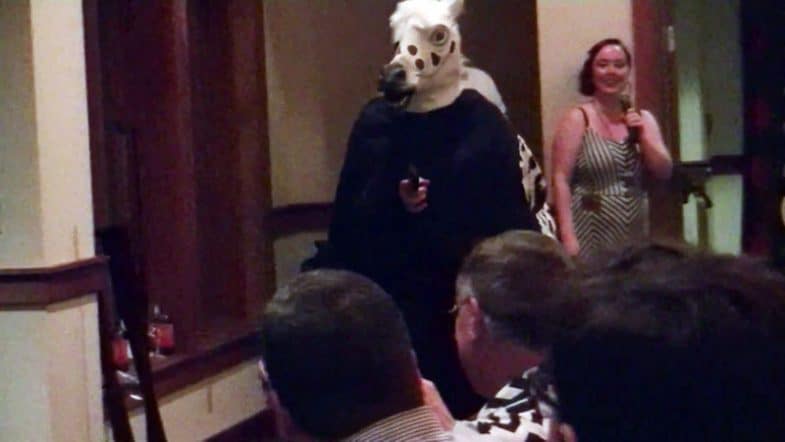 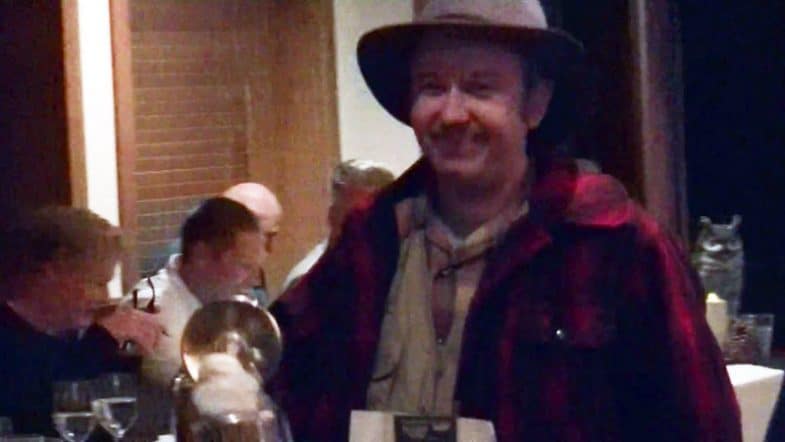 Peter Martell with percolator and fish

The Blind Owl (that was not what it seemed)