“When I was a kid and wanted to be an actor, I went to see Eraserhead about twenty-five times,” Tim Roth reveals in a video for GQ in which he breaks down his most iconic characters from Mr. Orange in Reservoir Dogs to Gary ‘Hutch’ Hutchens in the third season of Twin Peaks.

In the segment about working with David Lynch, Tim Roth says he’d get on the phone with executive producer Sabrina Sutherland every night. Having had so much fun with his on-screen partner Jennifer Jason Leigh as Chantal Hutchens and with the production coming to an end, he asked her, “Can we have some more?” She passed it along to David Lynch and the next day, there’s another scene*. “We had to learn it on the hook!”

(*The bonus scene is likely the ‘Mars’ or ‘Mormons’ interaction between Chantal and Hutch.) 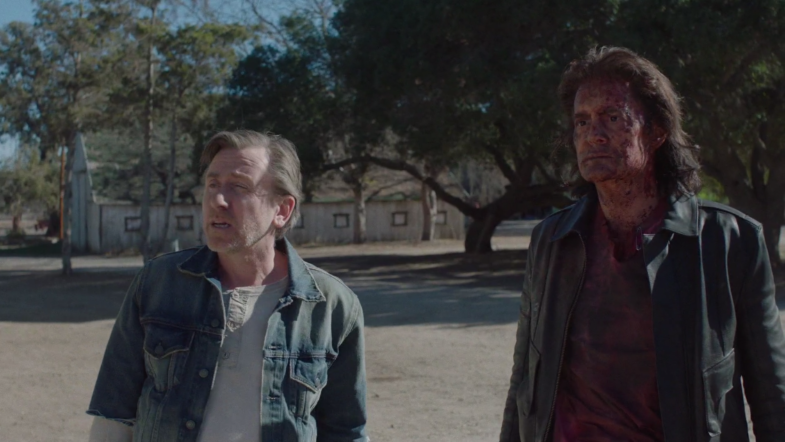 Tim Roth goes on to describe his final day on the set:

There’s one scene where I get shot. And [David Lynch] had me in a van and the note that he gave me, and I was completely laced up with [blood] squibs, and we were actually on the move, you see it through the glass. And his note to me was ‘Elvis ragdoll.’ And that’s what it was and he was thrilled, we did it in one take. … That was the movement, the physicality that he wanted. He’s so funny, I love him.

Tim Roth Breaks Down His Most Iconic Characters

Skip to approximately 22:48 for the segment on David Lynch. 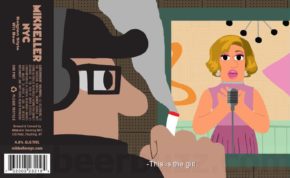 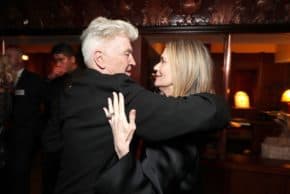