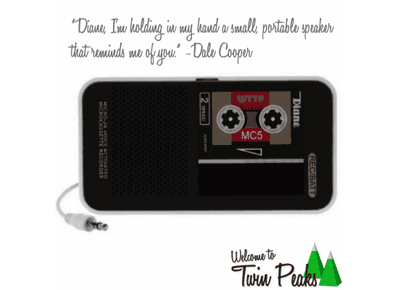 Dale Cooper got his first tape recorder from his parents for Christmas at the age of 13. From The Autobiography of F.B.I. Special Agent Dale Cooper: My Life, My Tapes

When they gave me the tape recorder last night, Dad put the microphone in my hand and looked at me very seriously and said that this was the future and that he and everything he represents was a dinosaur. I asked Mom what he meant and she said it was the eggnog. Dad then read a page from The Grapes of Wrath and Christmas was over. The machine is getting hot now. I think I will stop.

Two decades later, as we all know, he’d still carry a (now more portable) tape recorder around in order to record messages to his never seen secretary (or therapist, or just a handy piece of technology) called Diane. Because in the age of smartphones, there’s not much use for voice-activated micro-cassette recorders anymore, I’m proud to present Dale Cooper’s famous tape recorder in its latest incarnation: Diane, The Portable Speaker. Yes, it’s a real and useful product. I’m not kidding.

UPDATE: This speaker is not available anymore, but there’s something even better: a Diane tape recorder iPhone/Samsung case!

COOPER: Well, now we know who and when. We don’t know why.

(COOPER stacks some books under the bird cage. COOPER then pulls his mini tape recorder out of his pocket and shows it to SHERIFF TRUMAN.)

(With a CLICK, COOPER turns the mini recorder on.)

COOPER: When the bird talks maybe we’ll get some answers. 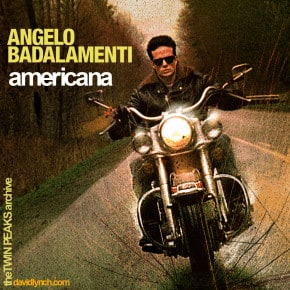 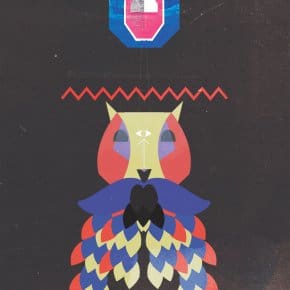