After two weeks of “Wisteria” hysteria*, it seems like the Untitled David Lynch Project for Netflix actually has, in fact, a title, and it remains in the plant kingdom. The curiosity-inducing “Unrecorded Night” has replaced “Untitled David Lynch Project” in Production Weekly’s December 10 issue. According to the trade publication, “Wisteria” is still the working title.

(*Thanks to Jef for coining the term.)

It has stayed off the radar for a surprisingly long time that David Lynch copyrighted 13 unpublished ‘episodes’ of Unrecorded Night in the “Dramatic Work” category back in June 2020. The work itself was created in 2019. In contrast, David Lynch and Mark Frost copyrighted Twin Peaks: The Return in 2015 as a single 389-page script under the working title Rancho Rosa. Hat tip to @warmquietnight for discovering this in the public U.S. Copyright Office catalog, and to @fatecolossal for further research.

A total of 13 episodes were filed, which matches the number of mini-movies mentioned by Reddit user canthaveit who was “in the know” about a David Lynch project codenamed Wisteria since February.

Besides just being a cool Lynchian title, “Unrecorded Night” is also the translation for the Old English word “nihtscada” or nightshade. The nightshade family includes many poisonous and psychoactive plants, like Mandrake, Belladone, and Henbane. That circles us back to Wisteria, which contains a toxic called wisterin that may cause confusion, dizziness, speech problems, and collapse. And there we have all the proper elements for the plot of a new David Lynch project.

UPDATE: According to What’s On Netflix, Peter Deming (On The Air, Hotel Room, Lost Highway, Mulholland Drive, Twin Peaks: The Return, etc.) will be David Lynch’s Director of Photography once again on Unrecorded Night.

UPDATE #2: As first reported by @fatecolossal on Twitter, Production Weekly lists two production companies for UNRECORDED NIGHT: the recently incorporated A2K PRODUCTIONS, INC. and TWIN PEAKS PRODUCTIONS, INC. which previously produced Twin Peaks, Twin Peaks: Fire Walk with Me, Twin Peaks: The Return, and On The Air, and has all C-level positions turned over to David Lynch since February 23, 2020. Is Unrecorded Night a Twin Peaks spin-off? 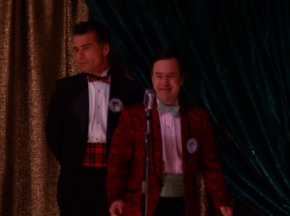 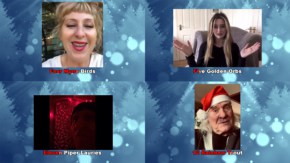